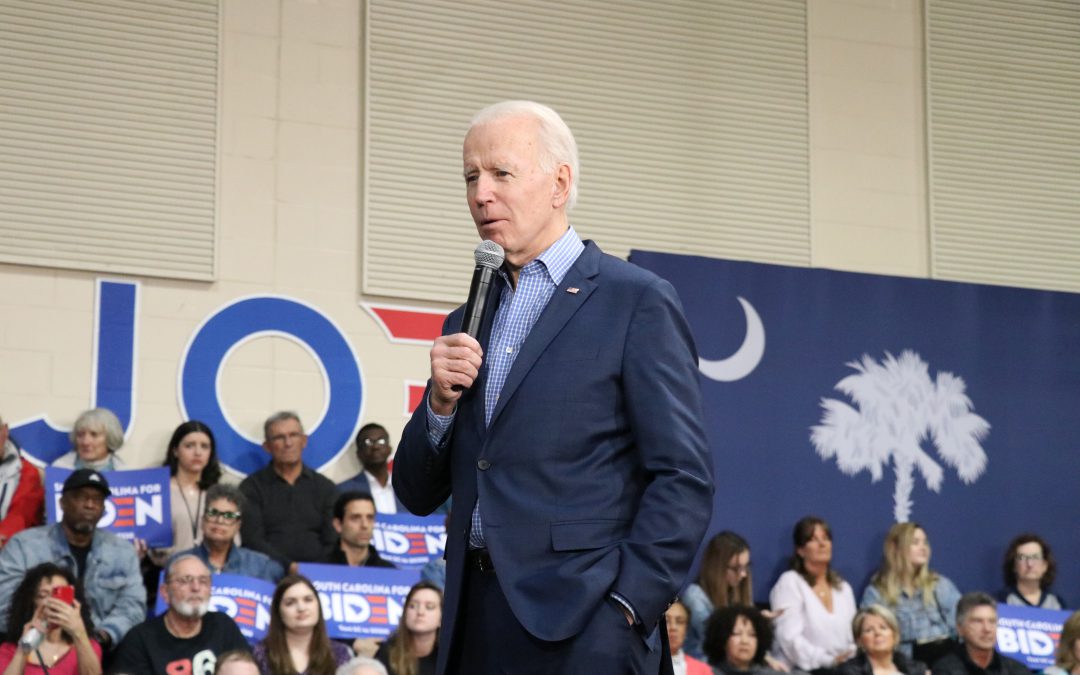 CHARLESTON, South Carolina — Even before attending a ministers’ breakfast in Charleston on Wednesday, the faint outline of an ash cross could be seen on Joe Biden’s forehead. Christians have used this sign for millennia to symbolize Ash Wednesday, the first day of Lent.

The former vice president – and the Democratic primary’s only Roman Catholic candidate – attended a morning Mass to have the ash rubbed onto his forehead to be reminded, as the old dictum goes, that from dust he came, and to dust he shall return.

The Rev. Michael McClain, the faith outreach coordinator for Biden’s campaign in South Carolina and multiple other states, cited Biden’s church attendance, as well as his character, as factors that show his devotion to the Catholic faith.

“He’s not just a name-carrying Catholic,” McClain said of Biden’s devout Christian faith. “He’s a practicing Catholic… Even when we’re traveling, he goes to mass or he attends a Christian worship service, as he did when we were in Charleston last Sunday.”

Of South Carolina’s more than 5 million residents, roughly 80 percent identify as Christian, and over 90 percent of those Christians identify with some form of Protestantism, according to the Pew Research Center.

Though outnumbered by evangelical voters, the number of Roman Catholics in South Carolina has grown in recent years to 10 percent of the population — a small bloc that may be enough to help Biden win a state upon which he has staked his campaign. The Biden campaign took efforts, along with courting black Christians, to speak with Catholics in the state, according to McClain.

Fourth state may have final call

Biden is coming off of disappointing fourth and fifth place finishes in Iowa and New Hampshire, along with a distant second place in Nevada. With these early losses, pressure has increased on Biden to win South Carolina and secure momentum leading into Super Tuesday contests, where more than a third of delegates will be allocated.

But with Vermont Sen. Bernie Sanders’ string of victories in early contests and philanthropist Tom Steyer’s $13.3 million advertising campaign in the state, the race could be decided by just a few percentage points.

A Charleston Post and Courier poll had Biden at 28 percent of the Democrats in the state and Sanders at 24 percent. The frontrunners are followed by Steyer with 16 percent, Sen. Elizabeth Warren (D-M.A.) with 12 percent and Mayor Pete Buttigieg with 11 percent.

Other polling shows Biden with a lead outside the margin of error. And the polls also show Biden’s lead greatly diminished among younger black voters in the state.

The Diocese has also attributed the large growth to a number of immigrants from Central America, who are also overwhelmingly Catholic. Bishop Robert Guglielmone sees this as an opportunity to reach out to this growing community.

“We realize that we have those who are documented and undocumented, and they are all our brothers and sisters,” Bishop Guglielmone said to The Catholic Miscellany, the news source for the Diocese. “We have to see how we can be of assistance to them.”

Joe is not Jack

Waiting outside of a gymnasium in Conway, S.C., at Coastal Carolina University for a Biden rally to begin, Catholic voters — devout and “Catholic lite” alike — said Biden’s faith was not a large factor, or any factor at all, for their support of him. Instead, many admired the former vice president’s work in the Obama administration. And though he is a practicing Catholic, the voters in line said their support was for his policies, not his religion.

Marcella Fahey, who was a state senator in Connecticut and moved to Conway after retirement, said her support of Biden was based on the issues he has championed during his campaign. In terms of her Catholicism, she said that Biden “must believe in some of these things that we grew up with.”

“I looked at his background,” Fahey said. “If Joe is good for Obama, then he’s good for me, too.”

Though Biden may not be experiencing a John Kennedy moment as the only Catholic in the race, some of his Catholic supporters believed that their support for Biden comes from the influence their faith has played on their politics.

Fahey’s husband Tom Lynch said his faith has great sway over his politics, but he does not actively pick candidates based on their religious identity.

“It’s all kind of built in,” Lynch said. “I mean, my Catholic philosophies and thinking — it’s not something I think about as a separate item. It’s just part of my decision making without me realizing it.”

Joe Dilorenzo said that Biden’s political positions are true to central tenants of the Catholic faith that he had come to understand.

“The teachings of Christ taught us to embrace those who were in need, to embrace the poor, to love our neighbor, to be inclusive,” Dilorenzo said. “I think he stands for that. I think his platforms of inclusivity reflect the basic central beliefs of Catholicism.”

And even if Catholic laity in the state do not take into account Biden’s worship attendance or the ash on his forehead, one group does seem to take these actions and works into account — the clergy themselves.

McClain cited Biden being generous in his time within the religious community, attending services and not just making a campaign pitch.

“A lot of people come to the church when they are running for something, but we don’t see them (otherwise),” McClain said about the regular visits churches receive from candidates during election seasons. “They can’t say that about him. He supports. He doesn’t just send his money and his presence there.”