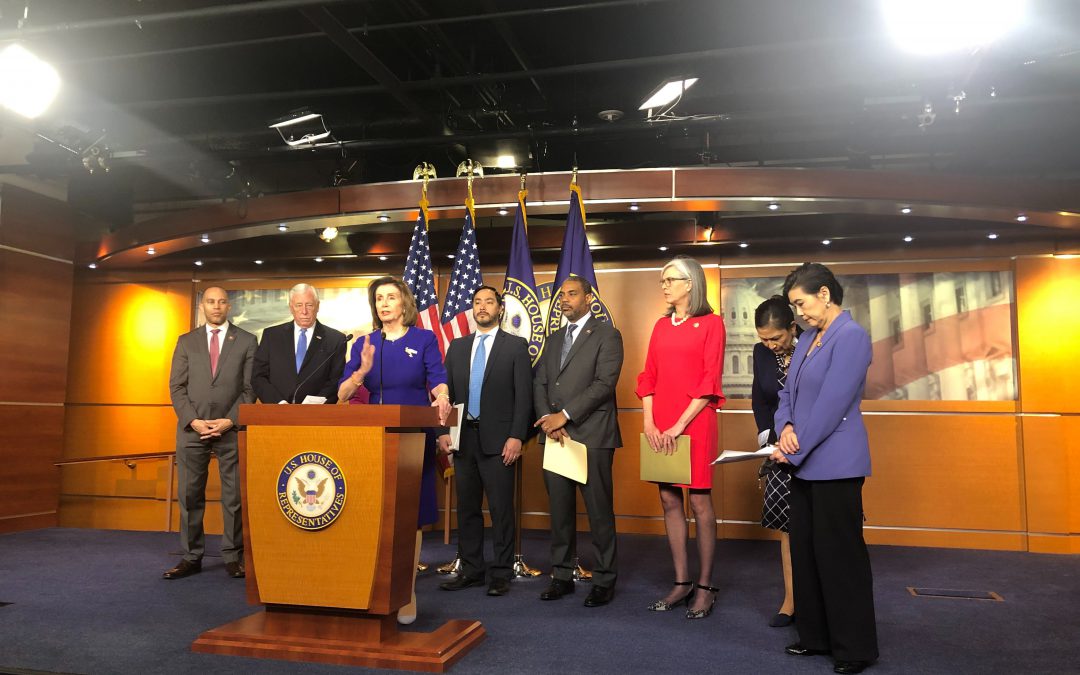 Pelosi said Thursday morning the Trump administration is fearful of America’s diversity and will go to great lengths to make sure minorities are undercounted, even using his presidential campaign funds to run the deceptive Facebook ads.

“I am particularly annoyed today at the actions of Facebook,” Pelosi said.

Pelosi alleged that Facebook is running ads that violate the company’s misrepresentation policy. She said that the ads claim to be an official document of Trump. 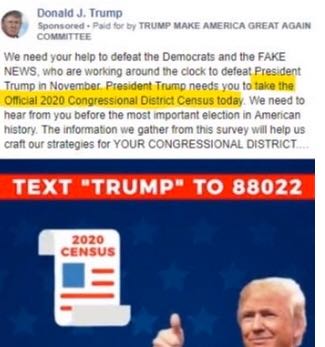 Representatives from the Congressional Black, Hispanic, Native American and Asian Pacific American Caucuses, who joined Pelosi at a news conference, said ads like this will make people think they have already filled out the 2020 Census, which will lead to an undercount.

“I hope the people won’t be fooled,” said Rep. Joaquin Castro, D-Texas, chairman of the Congressional Hispanic Caucus. “The official census documents are going to be in the mail very soon.”

According to multiple reports, Facebook said it realized the ads violate its misrepresentation policies and took them down.

This is not the first time House Democrats have expressed concerns over deceptive census ads.

At a House Committee on Oversight and Reform hearing in February, Rep. Katie Porter, D-Calif., presented a fundraising letter from the Republican National Committee resembling a Census form circulating in her district.

“They did the same thing in 2010 prompting congress to pass a law, sponsored by Chairwoman Maloney, trying to stamp out this conduct, Porter said. “But here we are, 10 years later, and the RNC is at it again.”

The 2010 law made it mandatory for any mailing that resembles the Census to mention that it was not sent by the United States Census.

At Thursday’s news conference, representatives emphasized the importance of minorities filling out the 2020 census for accurate congressional representation and federal funding.

Rep. Karen Bass, D-Calif., chairwoman of the Congressional Black Caucus, said that 800,000 African Americans were missed in the 2010 Census and she is concerned that blacks will continue to be left behind.

“During the period of enslavement in the South, black people weren’t even considered full people, we were counted as three-fifths,” Bass said. “So, the undercount has been something that we have had to deal with historically, but seeing how it’s going to be done this year gives us greater concern.”