New study finds nonvoters not that different from voters. What does that mean for engaging them in 2020? 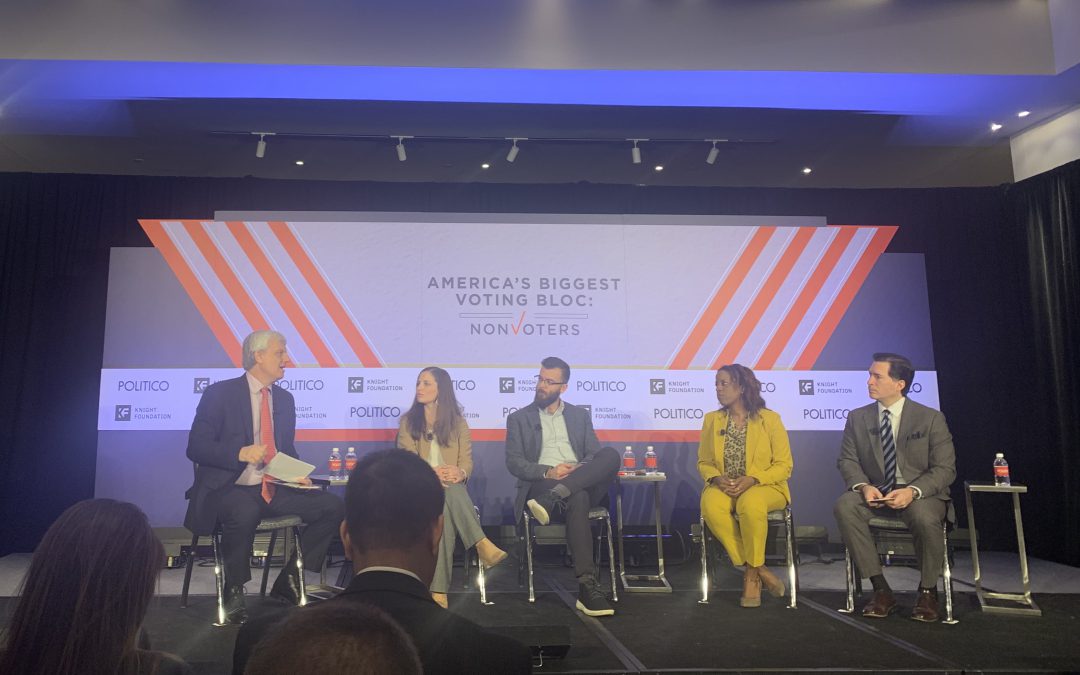 WASHINGTON – Campaigns, interest groups and political parties may not be effectively tapping into a pool of nearly 100 million Americans in 2020: nonvoters. There’s greater focus on people who will likely turn out in November, rather than finding new groups of voters for the long term, experts say.

A study released last month by the Knight Foundation called The 100 Million project found that 43% of the eligible voting population didn’t cast a vote for president in 2016.

While campaigns may be trying to attract these individuals, “most outreach and engagement is focused on just the next election,” according to David Becker, executive director and founder of the Center for Election Innovation and Research.

“Those are not messages that tend to engage voters over the long term,” he said.

Nonvoters stay away from the polls for a variety of reasons, most prominently that they lacked faith in the results of the election or didn’t believe the results were relevant in their lives, according to the Knight Foundation study. They also reported feeling under-informed about the issues.

Nonvoters are more likely to be women, racial minorities, less educated, lower income and young. But, the study found nonvoters are not strictly limited to these categories; as such a large section of the population, they represent all demographics and walks of life.

They’re “like everyone in America,” said Fernand Amandi, principal consultant at Bendixen & Amandi International, at a Politico-sponsored panel about the study last month.

Equally likely to identify as Democrats, Republicans or centrists, nonvoters fall into two subcategories, the study found: Those that are plugged into politics, but disaffected with it, and those who are disconnected from politics more generally.

“On both the Republican and Democratic side, we have candidates who are speaking to that (first) half of the non voter segment, but we’ve yet to figure out a solution,” said Caroline Bye, managing director at Morning Consult, a polling and media firm that works with Politico. “The other half of nonvoters… it’s a huge conundrum for campaigns and parties to begin to engage those voters.”

Studies have found a lack of outreach by political campaigns to underrepresented groups in general. A survey this year found only one in three Latinos under 40 in Texas had been contacted by a 2020 campaign, pointing to an untapped vein of potential voters.

“It’s very clear that the Democratic Party can do something right away to make Texas competitive (in 2020),” said Rey Junco, director of research at the Center for Information and Research on Civic Learning and Engagement at Tufts University. “And maybe if it’s not competitive in 2020… it will be soon thereafter, if they lay the groundwork now.”

For example, he cited the short- term success of rideshare companies offering reduced cost rides on Election Day, but also a need for a long-term improvement of civic education in underrepresented communities.

“How do we kind of generally level out the playing field? We do it through education,” he said.

Becker said education is a part of the solution, but different people respond to different types of messages. Some may want a civic message, but others might respond to urgency or information.

“If we really want to turn people into voters, it’s not going to be one thing,” he said.

Other factors, such as where the message is coming from (a teacher, government official, or campaign) and the mode of the message (a text, call or postal mail) can also make a difference, he explained.

Becker said he has found in his research that the “actual logistic barriers to voting are lower than ever,” but there needs to be a focus on the benefits in voting to get people out to the polls.

“We have not done a very good job of defining the benefit,” he said.

The key to engaging nonvoters may be reaching out to entire communities, said Yanna Krupnikov, associate professor of political science at Stony Brook University, at the Politico panel.

It’s about “suggesting to different communities that have often been disengaged for decades, there’s something worthwhile about their voices,” she said.

The last campaign to successfully engage nonvoters was then-Sen. Barack Obama’s run for president in 2008, Becker said, with turnout that year the highest since 18-year-olds were given the right to vote.

However, the next few elections didn’t keep up the momentum in turnout, pointing to the idea that campaigns tend to focus participation on individual elections “instead of trying to engage people about the act of voting, or participating in democracy… even if your candidate doesn’t win,” Becker said.

In 2020, Sen. Bernie Sanders has marketed his campaign as appealing to young and disengaged people through a political revolution. However, he admitted in a news conference after multiple defeats in Super Tuesday that this strategy had not been as successful as it needed to be.

“Historically, everybody knows that young people do not vote in the kind of numbers that older people vote… To be honest with you, we have not done as well in bringing young people into the process. It is not easy,” Sanders said at the time.