“It’s not easy”: Bernie Sanders struggles with youth voter turnout ahead of the general election 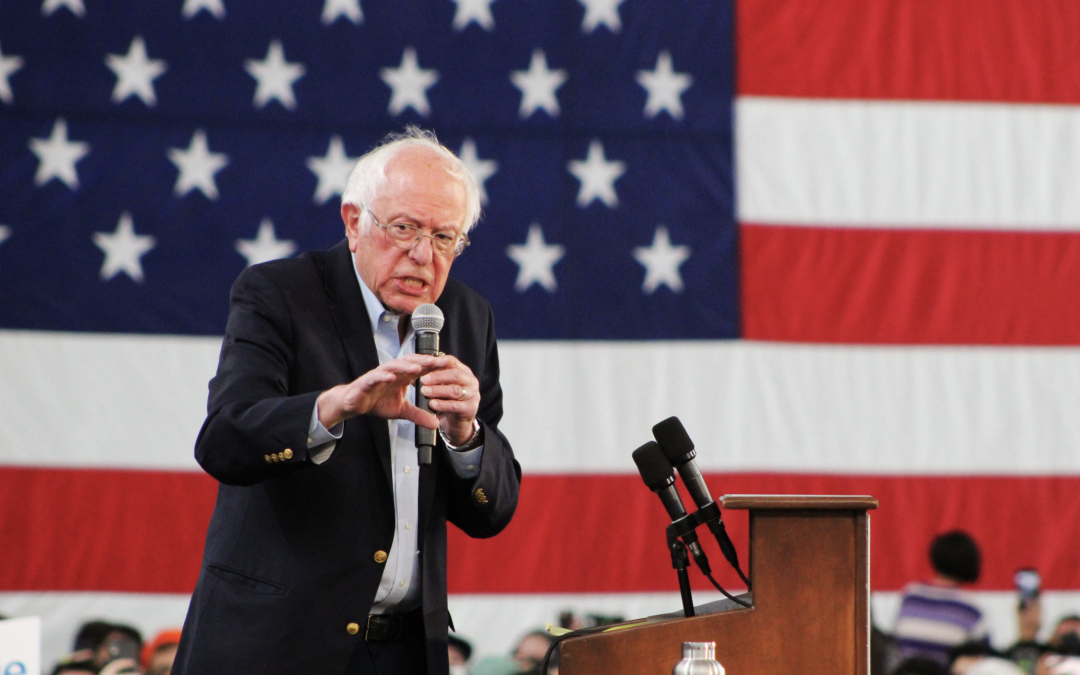 Sen. Bernie Sanders began his campaign for the Democratic presidential nomination with hopes of bringing millions of young voters into the political process. On Super Tuesday he got the youth vote, but it wasn’t enough.

According to Pew Research Center, generation Z and millennial voters make up 37% of the 2020 electorate. Their vote could be critically important to secure the Democratic nomination – if they vote.

“We’re making some progress but historically everybody knows that young people do not vote in the kind of numbers that old people vote in. I think that will change in the general election,” Sanders said. “But to be honest with you, we have not done as well in bringing young people into the political process. It is not easy.

The Vermont senator is widely popular with young voters because of his focus on issues such as universal health care, environmental policy and student debt forgiveness. The left-leaning polling firm Data for Progress conducted a survey shortly before the Nevada caucuses that found Sanders winning 64% of voters under age 45.

But when put to the test, generation Z and millennial voters did not show up in high numbers on Super Tuesday. According to exit polls in Virginia, young voters comprised 13% of all voters in the state on Super Tuesday, compared with 16% in 2016. This downward trend was felt nationally in states including Alabama, North Carolina, South Carolina and Tennessee.

In order to win the Democratic nomination, Sanders will likely need higher youth turnout in every state.

On Super Tuesday, across all the contests, exit polls showed that among voters under 30 years old, Sanders won 61% compared with Biden’s 17%. In the general election Sanders will not only need the majority of the youth vote to win, he also will need more young people to vote in much larger numbers than their primaries’ turnout.

On Friday, Sanders tweeted, “Young people: this is your election. You have a chance to transform this country. Vote!”

Miles Coleman is the associate editor of Sabato’s Crystal Ball, the University of Virginia Center for Politics’ nonpartisan newsletter on American campaigns and elections.

“Looking toward the general election, let’s say that [voters] end up nominating Bernie Sanders, a key part of that win would be turning out the youth vote,” Coleman said.

Despite lower young voter turnout for Super Tuesday this year compared with 2016nationally trends show young people’s turnout on an upward trajectory – possibly meaning 2020 Super Tuesday was just a blip.  If the long-term trend continues, it will bode well for a Sanders nomination.

The Center for Information & Research on Civic Learning and Engagement at Tufts University estimated that 31% of youth (ages 18-29) voted in the 2018 primaries, an increase from 21% in 2014.

Abby Kiesa, director of impact at CIRCLE, said there are a number of reasons for this jump.

Kiesa said the 2018 mass shooting at Stoneman Douglas High School in Parkland, Florida, in which 17 people were killed and injured 17 injured, precipitated conversations nearly two years before the election on connected the issue of gun violence to voting among young people.

After Super Tuesday, however, Sanders has been hedging his youth bet by releasing a campaign ad featuring former President Barack Obama saying Sanders has, “great authenticity, great passion, and is fearless” in a clear attempt to appeal to traditional Democrats.

“[Republicans have] been able to turn out the older voters and Bernie, if he gets to the election, he would be trying to flip that equation,” Coleman said.