How Warren fell, and took down Bloomberg with her 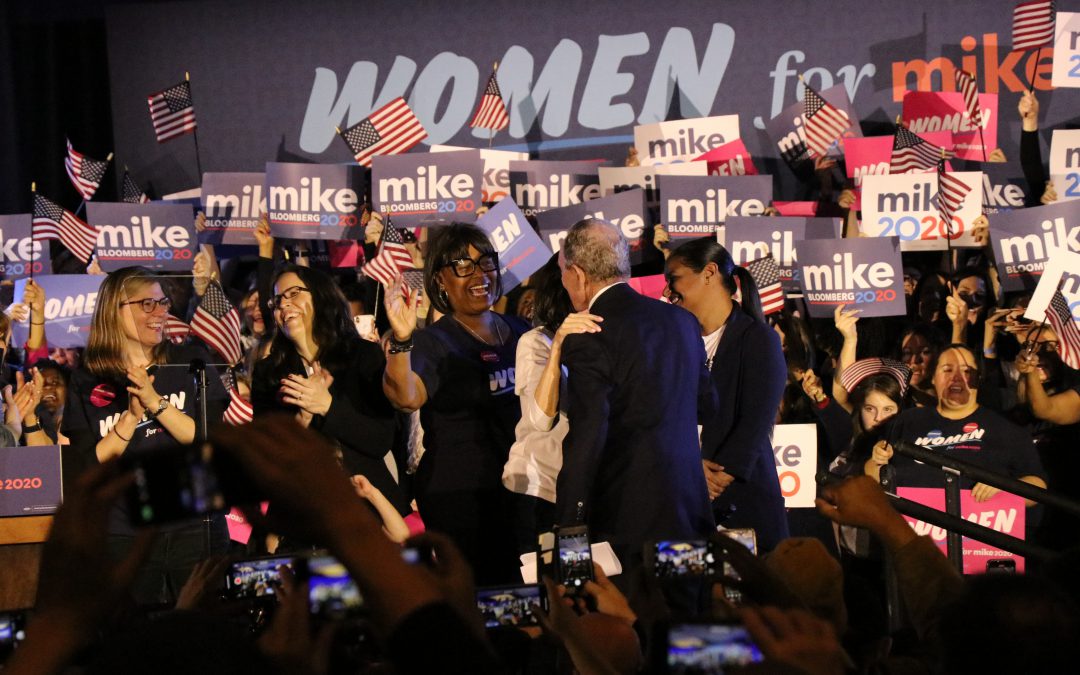 Mike Bloomberg at a "Women for Mike" rally, standing with the women he has worked with for decades. (Sneha Dey/MNS)

WASHINGTON — Before she ended her campaign for the Democratic presidential nomination, Sen. Elizabeth Warren went after fellow candidate Mike Bloomberg about sexual misconduct allegations against him.

At the Feb. 19 debate three days before the Nevada Democratic caucuses, Warren, standing next to Bloomberg, said she lost a teaching job at age 22 because she was pregnant, but that her discrimination paled next to the systemic sex discrimination at Bloomberg’s company, which relies heavily on nondisclosure agreements to settle sexual harassment allegations.

“The question is, are the women bound by being muzzled by you?” Warren asked, turning to face Bloomberg. “We are not going to beat Donald Trump with a man who has who knows how many nondisclosure agreements, and the drip, drip, drip of stories of women saying they have been harassed and discriminated against.”

After the debate, analysts expected Warren to gain momentum in the polls. But Warren got no delegates from the Nevada caucuses and in the days after Super Tuesday, both Bloomberg and Warren dropped out.

She said the attack on Bloomberg paralleled an attack on former Vice President Joe Biden from Sen. Kamala Harris at a June 2019 debate. Harris went after Biden’s record on busing, but did not gain traction after the debate. Much like with Warren, the attack on the debate stage was the “beginning of the end of her candidacy,” according to Martin.

Women playing offense on the debate stage suffer more because they are perceived as too tough and, in turn, unlikeable, Martin said.

“There’s a different standard for women than there is for men when it comes to confrontation,” said Gregg Johnson, a community activist in East Moline, Illinois who had supported Warren.

Bloomberg launched the “Women for Mike” effort in January to rally female voters across the country. He tries to get one message across – that despite the lawsuits and Warren’s words on the debate stage, Bloomberg has a record of supporting women.

“Good morning, Women for Mike! I’m Mike for women!” said Bloomberg, kicking off a women’s rights-centered rally in McLean, Virginia, in the days before he ended his campaign.

Behind him was a riser filled with women supporters. He was introduced by 13 women, employees of Bloomberg for decades, wearing pink pins that read, “I have been a woman for Mike since” with the year they started working for him noted.

The rally in Virginia a few days before Super Tuesday was one of dozens of women rights-centered rallies the Bloomberg campaign held across the country. At the rallies, Bloomberg would tell voters women are “the backbone” of his campaign.

“You can’t fully get to know a person from a TV ad or a debate or from reading interviews. But you can get to know a measure of a person by working with them for decades,” said Fatima Shamah, Bloomberg’s national director for women’s outreach.

But the “Women for Mike” message did not translate into votes on Super Tuesday.  After putting hundreds of millions of dollars into his campaign, Bloomberg only took a small slice of the delegates. Bloomberg took away no delegates in Virginia, the state where he invested the most resources.

Kati Hornung, a women’s rights advocate in Virginia who organized an effort that eventually led to the state ratifying the Equal Rights Amendment in January, said voters are holding Bloomberg

accountable for his misogyny and gender discrimination.

Jeanette Olson, a 57-year-old resident of Virginia Beach, Virginia, wants a Democratic nominee who will advocate for women’s rights and equal pay and a fair workplace. After the Nevada democratic debate, Bloomberg’s past started to worry her.

Warren tries to gain traction, brings about her own demise

Warren effectively ended the mayor billionaire’s campaign for presidency, but hurt her own candidacy in the process.

Monica Beaston did not vote for Warren on Super Tuesday, in part because of the Massachusetts senator’s attacks on Bloomberg.

Beaston found the attack contradicted Warren’s positive warrior persona. She said she got frustrated when Warren continued to bring up Bloomberg — at the South Carolina debate a week later and in her stump speech at a rally in northern Virginia.

“Warren could’ve let it go a little more…It’s almost like it’s getting personal,” she said.

But Johnson, the Warren supporter from Illinois, said the real issue is that neither Democrats nor Republicans are ready for a woman president. He doesn’t know how to explain this to his 8-year-old daughter.

Johnson acknowledged that the attacks on Bloomberg hurt Warren’s candidacy. But he’s still glad she went after him.

“She was probably the number one reason that Bloomberg absolutely tanked…But there are some people that held that against her.,” said Johnson. “I don’t regret what she did.”