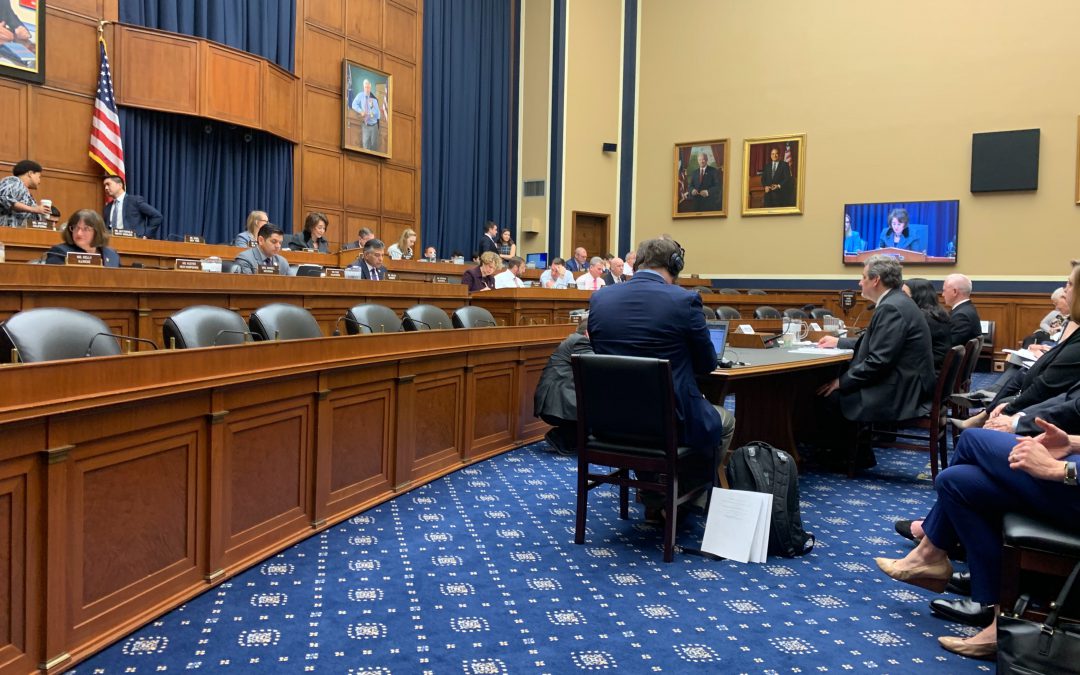 Witnesses read opening statements during a Health Subcommittee legislative hearing on opioids and substance use disorder.

WASHINGTON– The United States is in the fourth wave of the substance abuse crisis as; methamphetamines combined with drugs like fentanyl are overshadowing opiod abuse in some parts of the country, said a top official at the Department of Health and Human Services said Tuesday.

In parts of the country, particularly in the South, methamphetamines now dominate over opioids as a cause of death, said Giroir.

In 2018, over 6,700 Americans died of a drug overdose, according to a report by the Centers of Disease Control and Prevention.

In recent years, the subcommittee has advanced legislation including the Comprehensive Addiction and Recovery Act and Substance Use–Disorder Prevention that Promotes Opioid Recovery and Treatment for Patients and Communities Act.

The government’s efforts are falling short, said Rep. Joseph Kennedy, D-Mass. “It is simply not enough to try and smooth the edges of what ends up being a completely hollow system for far too many Americans.”

The Drug Enforcement Administration has seen an increase in the counterfeiting of drugs like methamphetamines and fentanyl. “This is a very scary time,” said DEA official Thomas W. Prevoznik. “They have become highly industrialized.”

But Giroir said some progress is being made.

“Over 1.1 million fewer Americans misused opioids compared to the year before,” he said. “The total number of opioids described to Americans decreased by 33 percent since January 2017.”

Attention also must be paid to ensuring that minority individuals with substance abuse problems are receiving equal treatment, said Robin Kelly, D-Ill., citing an article by the JAMA Psychiatry journal that found, “Although opioid rates are similar for white patients and black patients, white patients received prescription for medication assisted treatment at much higher rates than black patients.”

Finding different ways to treat chronic pain is part of the problem with the opioid epidemic, said Rep. Susan Brooks R-Ind. “80 percent of primary care physicians’ report that difficulty in treating patients with chronic pain. Some stopped seeing patients because they don’t know how to treat them.”

Giroir said, “we should not believe for one moment that the crisis is over or substantially abating.”