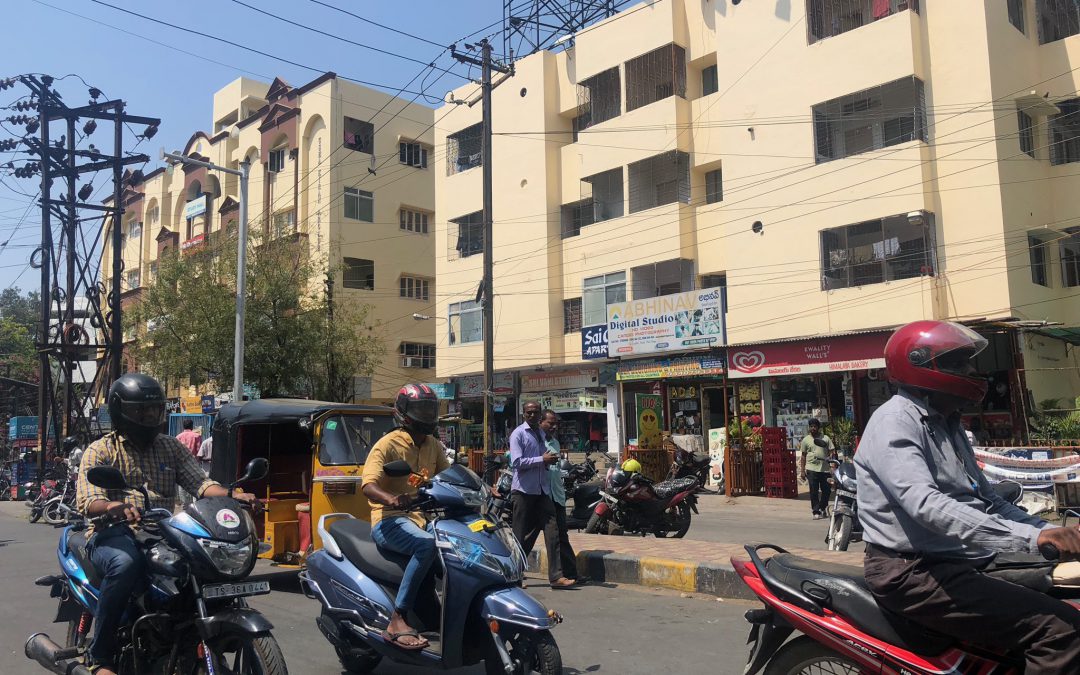 WASHINGTON – The economic relationship between the United States and India has grown under the leadership of President Donald Trump and Indian Prime Minister Narenda Modi, but the future of trade between the countries is uncertain.

The U.S. goods and services trade with India has grown steadily since the mid-1990s, with an estimated $142.6 billion in imports and exports in 2018. Earlier this year, Trump made his first presidential visit to India, the United States’ eighth biggest trading partner.

“A strong relationship is a must,” Sudhish Rambhotla, the chief spokesman for the Bharatiya Janata Party, which Modi leads said. “I don’t think there is another option.”

The two leaders have maintained a friendly relationship throughout their years in leadership. Last month, Modi tweeted, “During our first meeting at the White House, @realDonaldTrump told me that India has a friend in the White House. He was absolutely correct!”

Modi and Trump have emphasized the importance of fostering a relationship between their countries, yet have often disagreed on economic policies.

“Politically, you got two governments that are at loggerheads in their approach on trade in particular,” Richard Rossow, a senior adviser and U.S.-India policy expert at the Center for Strategic and International Studies, said. “But in terms of trade and investment, you got a relationship that seems to be kind of blooming.”

For over 18 months, the nations have discussed a multibillion dollar trade deal. On Trump’s visit last month, the two leaders a “strategic partnership” between the countries, but a trade deal has yet to be signed.

“Our teams have made tremendous progress on a comprehensive trade agreement, and I’m optimistic we can reach a deal that will be of great importance to both countries,” Trump said at a news conference in India.

A multibillion-dollar deal between the countries could include military equipment, medical device and agriculture. The deal could also resolve a slew of trade disagreements between the countries involving bilateral trade deficits, tariffs and the U.S.’s removal of India from the Generalized System of Preferences program that allows certain products to enter the United States duty-free.

Rossow said there is no clear timeline for a finalizing a trade deal, especially after India’s Minister for Commerce and Industry Piyush Goyal announced Trump and Modi greenlighted negotiations for a much broader free trade agreement.

“I want to say it could be a week from now because they’re so close. It could never be, and right now it feels more like never,” Rossow said.

Nageshwar Rao, a political analyst and professor at Osmania University in Hyderabad, India, said he’s not surprised that a trade deal hasn’t been agreed to yet.

“A big trade deal is suddenly not so easy. There is a lot of resistance now from India. Trump believes in protectionism, and India cannot accept that,” Rao said.

At a welcoming rally in Ahmedabad, India, Trump and Modi announced a $3.5 billion arms deal that includes the sale to India of 24 Sikorsky MH-60R Sea Hawk multi-role helicopters and six Boeing AH-64E Apache Guardian attack helicopters. Rao said the deal resembles a seller-to-customer relationship, rather than a country-to-country one.

“Unfortunately the government of India calls it a deal…it’s not a deal; it’s a sale,” Rao said.

The meeting’s purpose was to boost the personal image of Trump and Modi, Rao said.

But Rambholta, of Modi’s party, said the trip was substantively productive: “I cannot say that 100% of what was expected was achieved from his trip. But definitely this trip did achieve a lot in terms of declaring to the world and to both the countries that India and the US mean serious business.”

Trump hoped to sign a deal before the 2020 election, but the possibility is unlikely.

Rao said that appealing to the Indian-American voter base in the United States is especially important to Trump winning a second term. Currently, there are 4million Indian-Americans, and, according to the Pew Research Center, 65% of were Democrats or leaned toward the Democrats in 2012.

Trump made a play for their votes when he returned from India and released an online ad targeted toward Indian-Americans. “Your contributions have strengthened our culture and economy. I will always fight for you,” Trump said in the ad.

Modi is in a similar position, looking ahead to his reelection campaign in 2024. Modi is in his second term as prime minister, but his popularity has declined amid an economic slowdown and the passage of a religion-based citizenship law that drew nationwide protests.

Despite Modi and Trump’s external motivations and economic disagreements, Rao says the two nations need each other.

“There are challenges,” Rao said. “But, opportunity as well.”