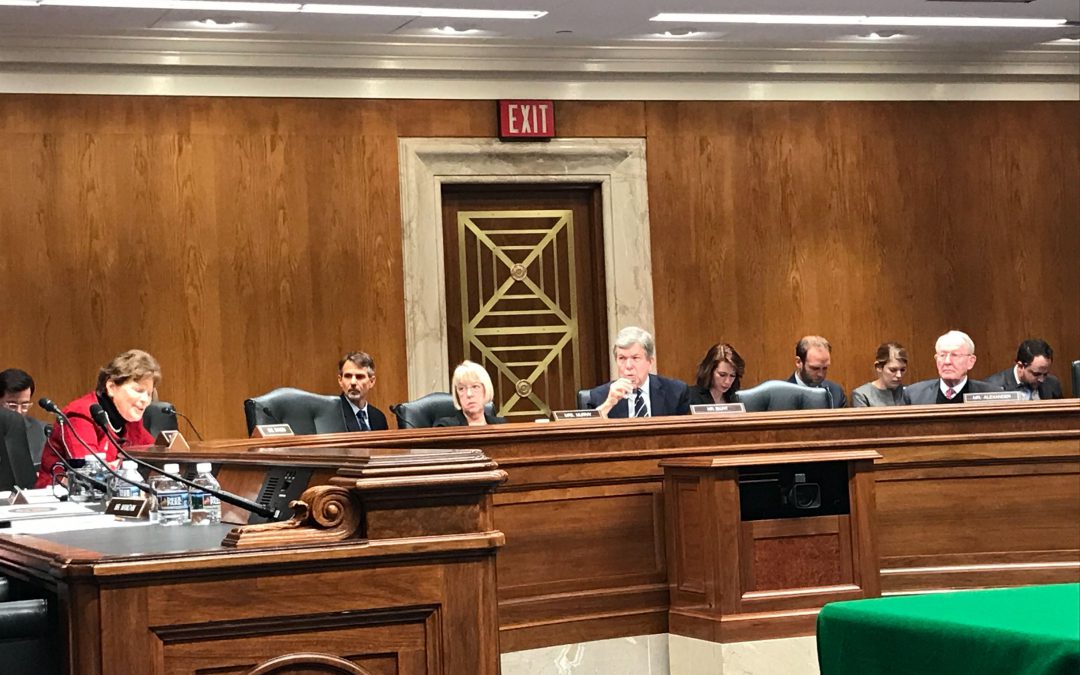 The budget request is a reduction of 8.4 percent from fiscal 2020.

DeVos said the federal government cannot continue to increase spending for primary and secondary education while shifting power and control back to teachers.

“The achievement gap has not closed one little bit,” DeVos said. “By multiple measures, it’s widened. How can you make the argument that putting more money behind the exact same approach is going to yield different results?”

Sen. Brian Schatz, D-Hawaii, challenged DeVos, calling public education “the great equalizer” and questioning why the federal government would cut nearly $5 billion in funding for it.

“No matter how much we spend, we don’t seem to be making the improvements we’d like to make,” Blunt said. “Average math and reading scores have been mostly flat for a decade now.”

During his State of the Union address, President Donald Trump promoted Education Freedom Scholarships, which would give students in low-performing public schools the opportunity to attend the schools of their choice. DeVos supported the program Thursday, saying money for the scholarships would not divert funding from public school students or teachers.

The budget also includes a proposal to consolidate 29 federal elementary and secondary education programs into a single $19.4 billion block grant program. DeVos said this will be beneficial for charter and magnet schools, two education systems for which she has long been a proponent.

“It’s a budget that recognizes that no student and no state, no teacher and no town are the same,” DeVos said. “Students of all ages need the freedom to find their fit.”

The subcommittee’s top Democrat, Sen. Patty Murray of Washington, said schools across Washington state, which has had more coronavirus-related deaths than any other, have had to cancel classes and the Trump administration’s response has “not inspired confidence.”

Murray said her daughter messaged her in the middle of the night saying her school will be closed for at least two weeks. Murray called on DeVos to make sure children who receive reduced-price school meals will still have access to them if schools close, and to ensure that school districts address bullying, harassment and discrimination against students of Asian descent.

“Parents, students and teachers need facts. They need to know what to do so they can respond effectively,” Murray said. “So I want to make certain today that you are doing everything you can to support school districts, colleges, teachers, other school staff and students during this time.”

DeVos said her department has been in contact multiple times daily with the Centers for Disease Control and Prevention and has information on coronavirus as well as an email address that will respond to specific questions.