Congress addresses forced labor of Uyghurs, other groups in China 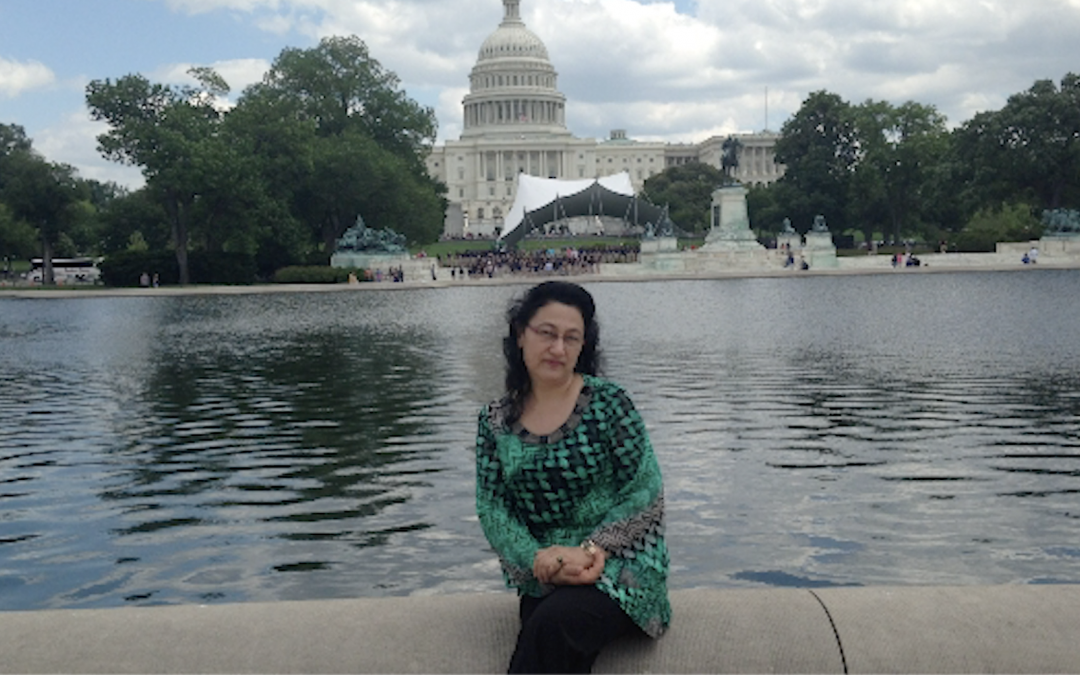 Gulshan Abbas lives in Xinjiang, and she has been missing since 2018. Her family suspects she disappeared because her sister spoke out about Uyghur detention centers. Gulshan’s daughters, sister and brothers are all American citizens. (Photo courtesy of Rushan Abbas)

WASHINGTON — American companies would be prohibited from importing goods produced in Xinjiang, China, because they likely are made using the forced labor of Uyghurs, Kazakhs, and others under a bill introduced last week by several Republican and Democratic members of Congress.

The Congressional-Executive Commission on China released a report last week in conjunction with the bill’s unveiling, saying that Xinjiang authorities are “systematically forcing predominantly Muslim ethnic minorities, including Uyghurs, Kazakhs, and others, to engage in forced labor.”

U.S. government officials estimate over 1 million Uyghurs, Kazakhs and others have been forced into detention centers, which Chinese government officials have referred to as education and training centers that serve to “remedy the dissemination of religious extremism and frequent terrorist incidents.” Some Uyghur activists put the number of detained at as many as 3 million. The crackdown accelerated when Chen Quanguo was appointed Xinjiang Party Secretary in 2016.

The bill, sponsored by Sens. Marco Rubio, R-Fla., and Jeff Merkley, D-Ore., and Reps. Jim McGovern, D-Mass., and Chris Smith, R-N.J., and others, does have an exception to the ban on Xinjiang goods.

Corporations that want to import such goods can still import them if they provide U.S. Customs and Border Protection with “clear and convincing evidence” that the goods were not produced with forced labor.

Verification that forced labor was not used may prove difficult, according to Louisa Greve, director of global advocacy for the Uyghur Human Rights Project.

“If you send an auditing firm, a certification firm, and started asking people, what answers do you think you would get? Do you think anyone would tell the truth?” Greve asked. “‘I’m not here voluntarily?’ What would happen to those people? They can easily be sent back to the camp.”

The Congressional-Executive Commission on China report echoes Greve’s concerns. “Third-party audits cannot effectively determine if Uyghurs and Kazakhs, or other Muslim minority workers in factories outside of the XUAR [Xinjiang Uyghur Autonomous Region] are engaged in forced labor,” the report says. “Thus, even supply chains that do not directly involve corporate entities in the XUAR may include products or materials involving forced labor.”

At an event to release the report, Rubio called on other countries to pass legislation similar to the proposal he and the others introduced. McGovern said their bill has bipartisan support. “We have come together on this issue,” he said.

Previously, the House and Senate passed different versions of legislation that would urge the Trump administration to condemn human rights violations of Turkic Muslims, including Uyghurs, in China and impose sanctions. The bill’s differences must be worked out between the House and Senate before the bill is sent to President Donald Trump to be signed into law.

Rubio said there is not a “hold-up” in the Senate – senators are just working to finalize the text of the human rights bill.

“I believe we should be able to pass [it] without even a roll call vote by unanimous consent,” Rubio said last Wednesday. “I’m hoping as early as two weeks from now when we come back from recess.”

Both bills aim to help people like Gulshan Abbas, 57, a Uyghur woman in Xinjiang who has been missing since September 2018. Her daughters, sister, and brothers are American citizens.

“She is just so caring, always thinking about me,” said Gulshan’s sister, Rushan, 52. “I miss her so much.”

Abbas’ family suspects she disappeared because of Rushan’s activism. Rushan spoke at the Hudson Institute, a think tank in Washington, on Sept. 5, 2018. Her family lost contact with Gulshan six days later.

Since then, Rushan has testified before Congress, traveled the world to speak about her sister, and attended the 2020 State of the Union as Rubio’s guest.

“I will do everything under my power to get her release or get any information of her,” Rushan said.

Ziba Murat, 34, one of Gulshan’s daughters, also believes her mother disappeared because of Rushan’s activism.

The Chinese government has claimed that the only criterion for “education at the centers” is whether a person has been convicted of unlawful or criminal acts regarding religious extremism and terrorism. Murat called these claims “ridiculous” and said her mother knows the difference between right and wrong and is not a religious person.

“She’s a college graduate. She’s a medical doctor. She knows fluent Chinese. She’s very well aware of the Constitution of China,” said Murat. “What kind of education does she need?”