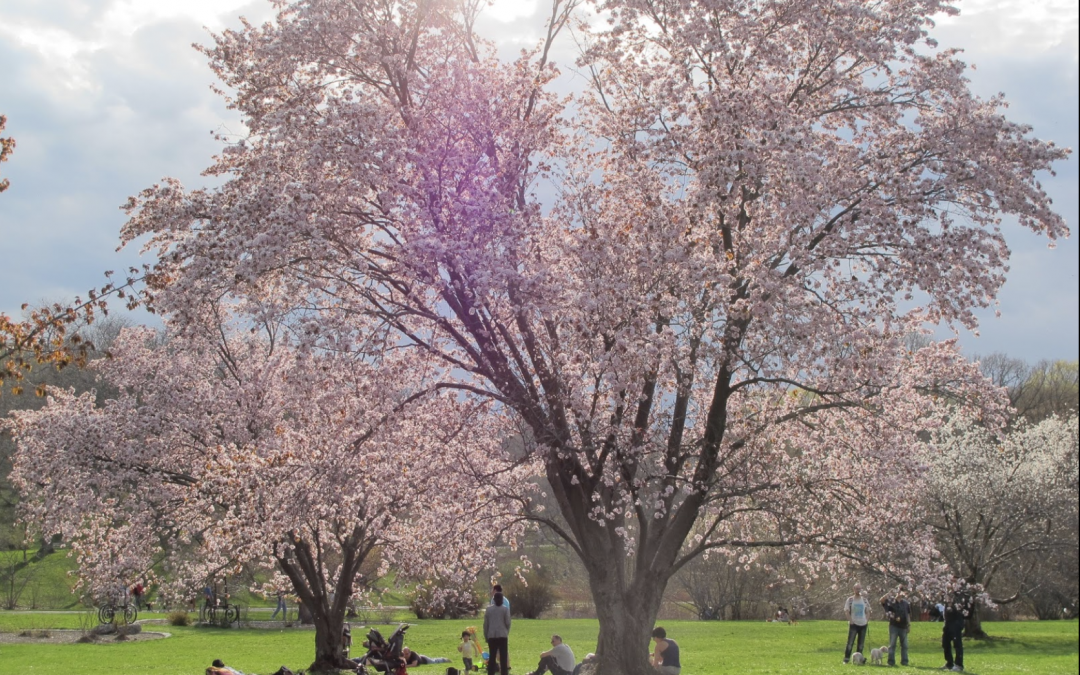 Cherry Blossom trees in Washington D.C. are blooming earlier than before because of climate change (courtesy of Primack Lab)

WASHINGTON—For 93 years, Americans have celebrated the blooming of Japanese Cherry Blossom trees on the tidal basin of the Potomac River. The festival’s start date has moved about 20 days earlier over the years due in part to rising global temperatures, scientists say.

This year, the peak cherry blossom bloom, when 70% of the blossoms have flowered, is predicted to happen between March 21 and March 24, according to the National Park Services. The bloom is determined by the flowering patterns of indicator tress around the basin.

This date cannot be predicted earlier than 10 days beforehand because of the cherry blossoms’ ability to easily bloom depending on temperature. Cherry blossom buds have enzymes that are sensitive to temperature, biological conservationist Richard Primack said. The warmer it is, the faster the enzymes stimulate the bud to develop and bloom.

Primack said the timing of cherry blossom’s blooming is a strong indicator of the effects of climate change.

Primack said urbanization is also a culprit in the rising temperatures. Naturally, sunlight is reflected off of trees and the air is also cooled by trees. When there are a lot of buildings and roads, the sunlight is absorbed by the dark surfaces and released throughout the day and night, causing cities to become warmer.

As weather patterns are becoming more unpredictable, this can hurt the blossoms. Although earlier blooming means the tress have more time to grow flowers that will last longer, this puts them at more risk.

Primack also said the warmer weather can put cherry blossoms under physiological stress that makes them more susceptible to attacks from insects and fungus.

On the other end of the spectrum, earlier warmer temperature followed by a cold front can also kill the cherry blossom flowers.

“The plants can always rebuild their leaves, but they can’t make new flowers again until the next year. This is kind of a danger.” Primack said.

In 2017, half of the blossoms in Washington died from frost before the predicted peak bloom. February 2017 was unusually warm, and March 2017 started with an unusual high of 81 degrees and temperatures dipped down to 21 degrees just two weeks later.

“A little bit of climate induced change can disrupt their timing just enough that maybe there’ll be some greater losses to sort of those rare unseasonable temperature dips,” said Kenneth Wudack, a research botanist at the Smithsonian Institution.

Wudack said climate change is a subtle aggregate component that cannot be determined by warmer temperatures in the past five years. He said the history of cherry blossom blooming dates have to be looked at in order to understand the trend.

A study conducted by Climate Central, an organization that reports and researches climate science, shows the average peak bloom period happens five days earlier than it did in 1931. Based on blooming patterns since the arrival of the cherry blossoms, the study projects that future peak blooms will happen between March 4 and 10 by 2070.