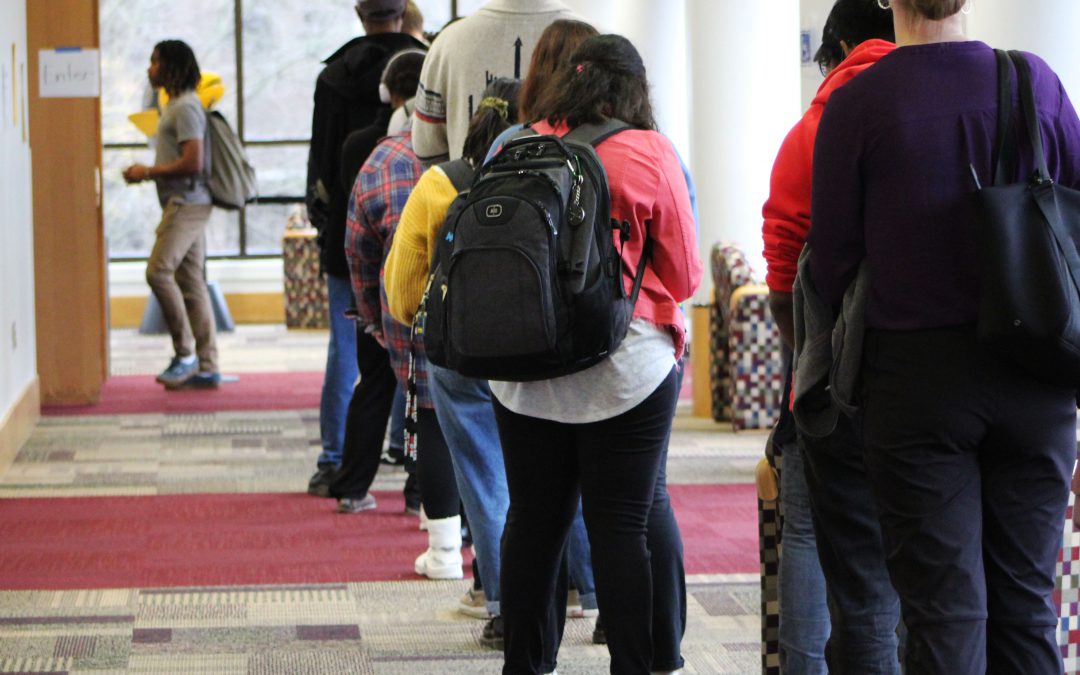 WASHINGTON—Members of the Church of Jesus Christ of Latter-day Saints are the most consistently Republican-voting religious demographic in the United States – even as the church increasingly emphasizes environmental stewardship in its teachings and literature.

Pew Research Center data shows as many as 70% of Latter-day Saints identify as Republicans or “lean Republican.” This makes the religion the most Republican-identified church in the country, beating both the Church of the Nazarene, one of the largest evangelical denominations in the country, and the Southern Baptist Convention.

Conservatism in Latter-day Saint culture is not surprising. In fact, a history of Republican affiliation aligns with the history and culture of the church itself, said George Handley, a humanities professor at Brigham Young University.

What is unique to the Church of Latter-day Saints is how much environmentalism is worked into religious teachings.

Church theology, much more so than other denominations of Christianity, emphasizes the value of the physical world.

“The idea that we’re hoping to get to some other place after we die is actually a little bit foreign in my tradition,” said Handley, who is Mormon. “You’re sort of working to earn the right to stay put.”

Christians of all denominations have begun to emphasize environmental consciousness. In 2015, Pope Francis’ second encyclical letter encouraged members of the Roman Catholic faith to aid environmental conservation and decried “powerful opposition,” “lack of interest” and “obstructionist attitudes” as barriers to fighting climate crisis.

However, there is little evidence that church guidance is changing minds in the ballot box.

Konisky studies the relationships between environmentalism and public policy, and most recently wrote “The Greening of Christianity? A Study of Environmental Attitudes Over Time” which examined environmental thinking among Christians.

“The big question in that paper was whether it’s possible to detect changes in environmental attitudes across different religious groups over time,” said Konisky. The study was conducted in response to increased climate discussion in Christian leadership, and assumptions that this change in tone would impact voting behavior.

“What I find is the opposite,” he said. “There seems to be, if anything, a declining trend where environmental attitudes are concerned.”

Why would Christians be showing less support for environmental aid in the face of rising support from leadership?

“That’s the conundrum,” said Handley. “The struggle is that over the last 30 thirty years or so, the two parties have really become more and more polarized.”

This polarization has forced voters of all religious beliefs to prioritize certain values as parties move in opposite directions.

“One of the consequences of that polarization is that environmental issues have become the cause of the left, and they’ve essentially been dropped by the right,” Handley said. This, compounded with a change over the same timeline where Christians became a more solidly conservative voting bloc, means that voters are stuck choosing between causes they care about and their cultural norms.

“Religion and politics are often correlated,” said Konisky. In terms of environmental attitudes, one can override the other.

“Where you stand politically, how you think of yourself politically, is a much stronger predictor of your environmental attitudes than religion,” he said, pointing out that that does not necessarily mean religious leadership cannot influence members.

“Oftentimes, people are not getting environmental messages from religious leaders,” said Konisky, “but if they did, that could very well have an effect on some people.”

Handley, who has taught for 22 years, sees some potential for a shift in this dynamic.

“Kids tend to show up at age 18 in college already having wrestled with or talked about some of these issues in their high schools,” he said, crediting greater environmental education in public schools.

College-age students are increasingly environmentally conscious, and there are indications that BYU, a university owned by the Church of Latter-day Saints, is cognizant of this shift.

Earlier in March, Elder M. Russell Ballard spoke to a gathering of students about generational differences in the church and commended youths on their environmental attitudes.

“I see…your commitment to a more sustainable future for all” he said, “Whether it is environmental, economic, or social, I would hope you continue to find creative solutions to help protect the future.”

Handley suggests that this cultural change in young Latter-day Saints may be the actual agent of change in political thought because it allows for a baseline openness to environmental sensitivity.

This education can be politically impactful, said Handley.

“It’s especially exciting to see people who remain convinced of certain important conservative principles,” said Handley, “and can see that being conservative and being a conservationist not only shares the same root meaning, but there’s common ground there.”