BLOOMBERG HAS FLOODED TV WITH ADS, BUT ARE THEY WORKING? 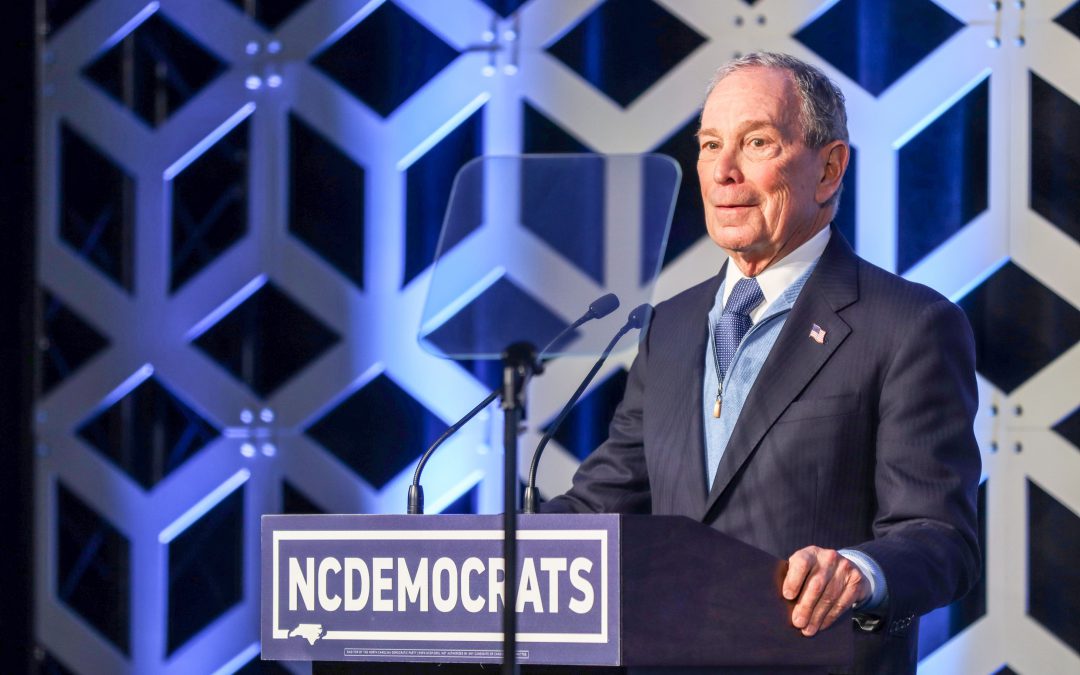 CHARLOTTE, North Carolina — Of the more than 6,000 political advertisements that have aired on Charlotte TVs this primary season, 79.8% of them are from Democratic presidential candidate and former New York City Mayor Mike Bloomberg, according to a recent report by the Wesleyan Media Project.

On the other hand, zero percent of the TV advertisements in the “Queen City” have been sponsored by Democratic contenders former Vice President Joe Biden and Sen. Elizabeth Warren.

And this dichotomy exists not just in North Carolina. The same report shows Bloomberg has spent over $377 million on over 444 thousand TV advertisements. Meanwhile, Biden hasn’t aimed television ads at any Super Tuesday voters, according to the report.

It’s a multi-million dollar bet the Bloomberg campaign has made on advertising—and its success could affect future political strategies. After skipping the four early voting states, the first major test of both the self-funded billionaire’s candidacy and his expensive bet on advertising will come Tuesday, when over one-third of the party delegates will be awarded across 14 states.

But research shows the effects of ads don’t last long, Michael Franz, co-director of the Wesleyan Media Project, said. Voters forget about the advertisements they’ve seen unless they keep seeing them. This phenomenon, Franz added, creates a plateau that can only be maintained by continuous advertising.

“The trade-off here for many campaigns is, ‘I need to keep spending money in order to just continually hold on to those numbers that I’ve been able to sort of pick up from my early ads,’” Franz said.

Bloomberg’s early advertising probably had the effect of “booming” opinion towards him, Franz said, and now he’ll have to continue running them to sustain the effect.

Bloomberg has certainly put his name out there. A Marist poll conducted Feb. 23 to Feb. 27 showed Bloomberg in third place in North Carolina at 15%, behind Vermont Sen. Bernie Sanders and Biden.

Americans don’t watch TV as much as they used to, Franz added, a development he said has shifted the advertising emphasis away from TV and toward digital. While he doesn’t know a lot about Facebook or Google advertisements and their impact on voters’ political behavior, Franz said the information shared in TV advertisements helps voters make their decisions, especially if the voting bloc knows less about a particular candidate.

Franz said voters may say they dislike advertisements, but they’re still influenced by them.

“And that’s what’s seen as valuable by campaigns,” Franz said. “If you don’t know anything about a candidate, it’s hard to vote for that candidate.”

Even then, his spending on Facebook and Google exceeds $100 million—a number much higher than any other candidate, the report found.

According to the report, of all of Bloomberg’s TV ads, 71.8% mention President Donald Trump, the highest percentage of any candidate.

A Monmouth University poll released earlier in February showed 56% of registered Democrats and Democratic-leaning independents want a nominee who can defeat Trump, even if they disagree with that candidate on most issues.

Maryann Traxler, a Charlotte resident, said her number one priority is defeating Trump in the general election. While she said she’d vote for the Democratic nominee, she hopes it’s not Sanders.

“I just think (Bloomberg’s) one of the better candidates to beat Donald Trump and that’s my only goal,” Traxler said.