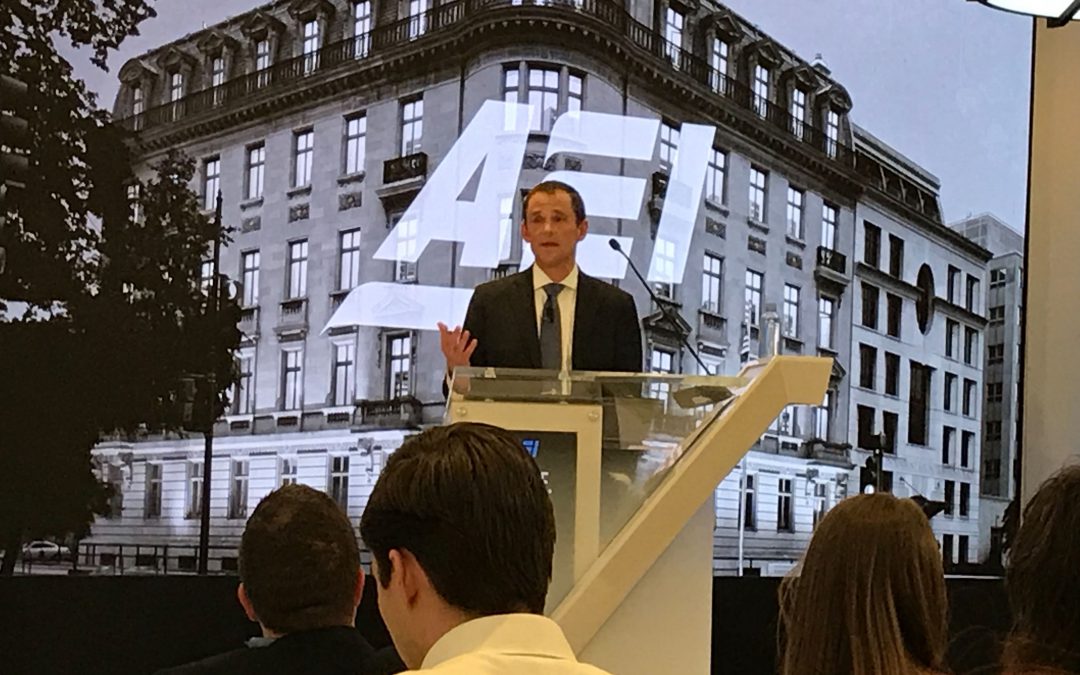 WASHINGTON — Universities need to think more broadly about their roles and can learn from corporations‘ approaches to serving their customers, University of Virginia President James E. Ryan said Thursday in a speech at the conservative American Enterprise Institute.

Ryan said universities’ missions should be to deliver value to their students, invest in their employees — both faculty and staff — and deal fairly and ethically with suppliers. He said UVA, for instance, was slow to recognize that the spouses of new faculty members would also need jobs, which are sometimes hard to find in a small city like Charlottesville.

He compared students at a university to customers at a corporation, and the general public to a corporation’s shareholders.

“Universities are and should be about discovering and disseminating new knowledge,” Ryan said. “But we are also large institutions that impact the environment, that shape our communities and affect the lives of thousands of people. At a time when other large institutions are taking a broader view of their responsibilities in order to regain the public’s trust, it’s imperative that universities do so as well.”

Ryan said the violent white nationalists’ rally in Charlottesville in August 2017 underscored the need for UVA to build a better relationship with the Charlottesville community. He said UVA brought in community members and asked them to list issues that the university needed to work on.

Nearly 900 colleges and universities in the U.S. are more than 100 years old, with Harvard being the oldest corporation in the Western Hemisphere. Meanwhile, the average age of an S&P500 company has fallen from almost 60 years in the 1950s to less than 20 years today, Ryan said.

Corporations’ goals are typically to maximize shareholder value, which frequently goes hand in hand with maximizing profits. But Ryan said that conventional wisdom is beginning to shift — several major corporations are making conscious efforts to invest in their employees and the environment, especially combating climate change. He said UVA is doing this as well — it has pledged to be carbon neutral by 2030 and fossil fuel free by 2050.