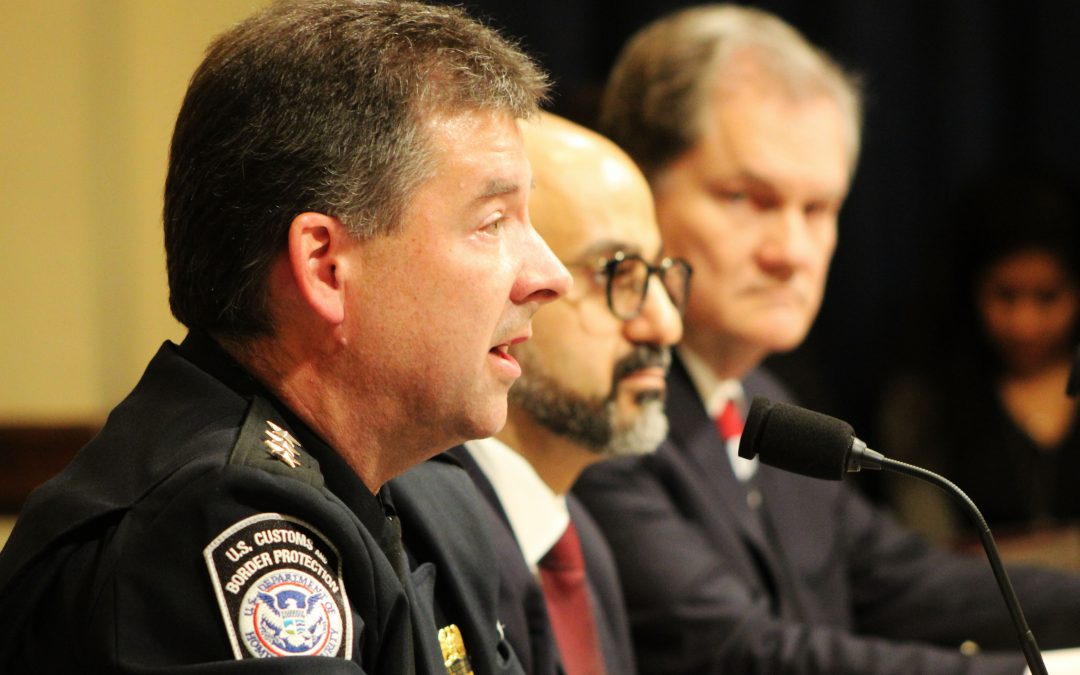 WASHINGTON – Customs and Border Protection official John Wagner found himself in the middle of a political crossfire Thursday at a House Homeland Security Committee hearing when his testimony on biometric technologies was diverted into a heated exchange between Democratic and Republican committee members from New York.

They were fighting over an announcement made on Fox News Wednesday night by Department of Homeland Security Secretary Chad Wolf that New Yorkers are no longer eligible to enroll or re-enroll in Global Entry and other trusted traveler programs allowing quick passage through airport security and customs.

Wolf said the decision was in response to a newly enacted New York state law that allows undocumented immigrants to apply for New York state driver’s licenses while protecting the applicants’ information from Immigration and Customs Enforcement and Customs and Border Protection.

Rep. John Katko, R-N.Y., instigated the debate by asking Wagner, who is a CPB deputy executive assistant commissioner, to explain the reason for the decision.

Wagner said repealing access to New York DMV records makes it impossible for federal customs and immigration officers to validate a New York State resident’s identity, their address and ownership of a vehicle. He said New York is the only state to forbid ICE and CBP access to driver databases.

Rep. Kathleen Rice, D-N.Y., said her office is being bombarded with phone calls from constituents who have pending Global Entry applications or renewals.

“It seems to me that this is once again an attempt by this administration, specifically Donald Trump, to punish New York,” Rice said.

But Katko said the decision was not political.

But Rice wasn’t done. “This is going to have an enormous impact on people whose jobs require them to travel internationally.”

The Department of Homeland Security said states that pass similar legislation to New York will also be barred from Global Entry and other trusted traveler programs.

The order came after Trump criticized sanctuary cities for protecting undocumented immigrants during his State of the Union address on Tuesday.

“Tragically, there are many cities in America where radical politicians have chosen to provide sanctuary for these criminal, illegal aliens,” Trump said. “In sanctuary cities, local officials order police to release dangerous criminal aliens to prey upon the public, instead of handing them over to ICE to be safely removed.