The Vote to Acquit: Pressure From Conscience, Constituents and Congressmen 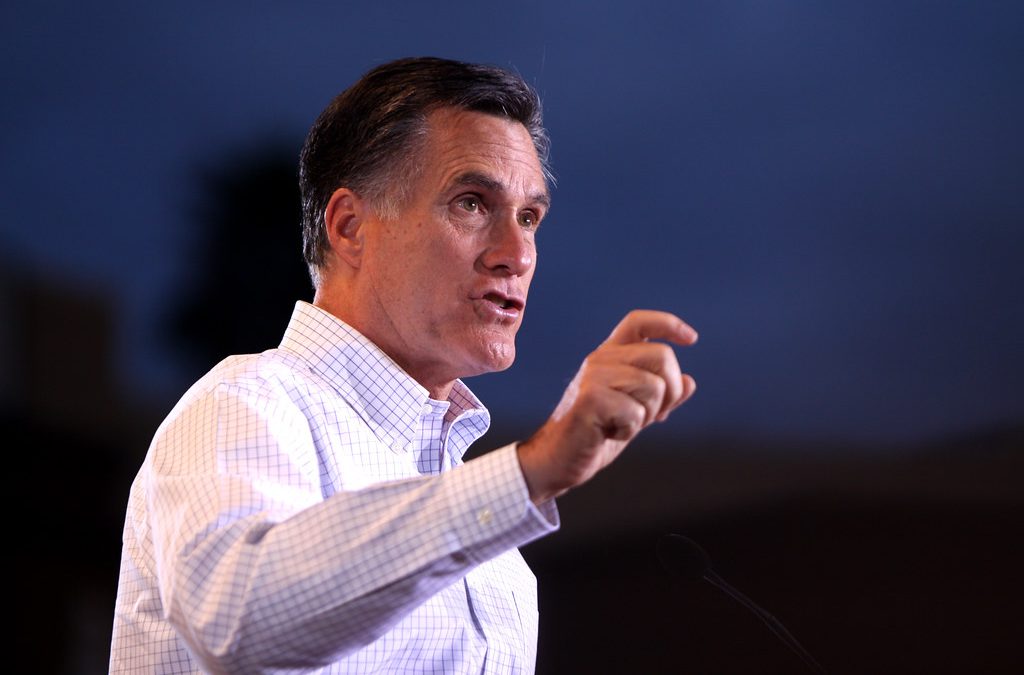 Mitt Romney, R-Utah. Romney is the only one to break party ranks in Senate impeachment history. (Photo courtesy Gage Skidmore)

WASHINGTON — The Senate voted Wednesday to acquit President Donald Trump on two articles of impeachment, bringing the five-month long trial proceedings to a close. In the lead up to the verdict, Senators faced partisan pressures from fellow Congressmen and their constituents.

The Senate voted 52-48 for acquittal on the abuse of power charge and 53-47 on the obstruction of Congress charge. 67 votes were needed to convict the president of the articles of impeachment.

Romney caught between faith and party

Romney announced earlier Wednesday that he would join Democrats in voting to convict the president for abusing his power, but would vote to acquit for obstruction of Congress.

Romney and Sen. Susan Collins were the only GOP senators to vote to subpoena witnesses and documents. Collins announced Tuesday that she would vote with her party to acquit the president.

On the Senate floor, Romney said he took an oath to deliver impartial justice and that Trump did commit an extreme act that rises to the level of a high crime and misdemeanor. The Utah senator choked up as he explained his decision.

“With my vote, I will tell my children and their children that I did my duty to the best of my ability, believing that my country expected it of me,” he said.

Following Romney’s announcement, Donald Trump Jr. took to Instagram and posted a meme calling the senator “a p—y” for voting to convict his father. In his caption, he demanded that Romney be “expelled” from the GOP.

Senate Majority Leader Mitch McConnell said he was “surprised and disappointed” in Romney, but failed to give a direct answer to whether the senator should be booted from the Senate Republican Conference.

While Romney has faced backlash from numerous Republicans, including Utah’s other Republican senator, Mike Lee, Democrats have applauded his courage in voting against the grain.

“I think Senator Romney’s speech will go down as one of the most important in the Senate,” Sen.Chris Murphy, D-Conn., said. “There’s still honor in this place. I think a lot of people are going to read that speech for centuries.”

Sen. Doug Jones, a Democrat in deep-red Alabama, voted to convict Trump. His vote will hang over him as he seeks re-election in November.

“There will be so many who will simply look at what I am doing today and say it is a profile in courage,” Jones said in the lead up to the vote. “It is not. It is simply a matter of right and wrong.”

Trump carried Alabama in the 2016 presidential election by nearly 28 percentage points. Since Trump took office, his net approval has decreased by 13 percent but still is a solid 60 percent.

In 2017, Jones won a vacant seat in the Senate, narrowly defeating Republican nominee Roy Moore. Jones was the first Democrat to win an Alabama Senate seat in 25 years. He is now considered the most endangered Democratic senator in the fall elections.

“After many sleepless nights, I have reluctantly concluded that the evidence is sufficient to convict the president for both abuse of power and obstruction of Congress,” Jones said in a written statement.

The senator said he has read thousands of pages of transcriptions, watched testimony videos and took copious notes. Jones tweeted five-minute video segments throughout the trial, explaining his undecided stance.

Swing state Democrats Joe Manchin III and Kyrsten Sinema were also heavily scrutinized in the lead up to the vote. The Senators had to pick: to abandon their party or to suffer a potential political fallout in their state. Both Manchin and Sinema approved the articles of impeachment Wednesday, resulting in a unanimous “guilty” vote from the Democrats.

“Joe Manchin showed far more courage than every Republican, other than Mitt Romney. I didn’t know where he would come out,” said Senate Minority Leader Chuck Schumer, D-N.Y. after the trial concluded. “I told him that he should just wrestle with his conscience, he’s a religious man, with God, and come to the conclusion to do the right thing.”

The two-week Senate impeachment trial was the shortest in American history. On Jan. 31, the Senate majority voted against a referendum to call witnesses and documents.

“Poll numbers go up and down. Up and down,” Schumer said. “When something is as serious as this, you try to figure out what is the right thing to do, what is the truth and how do you get the truth? And you go forward.”