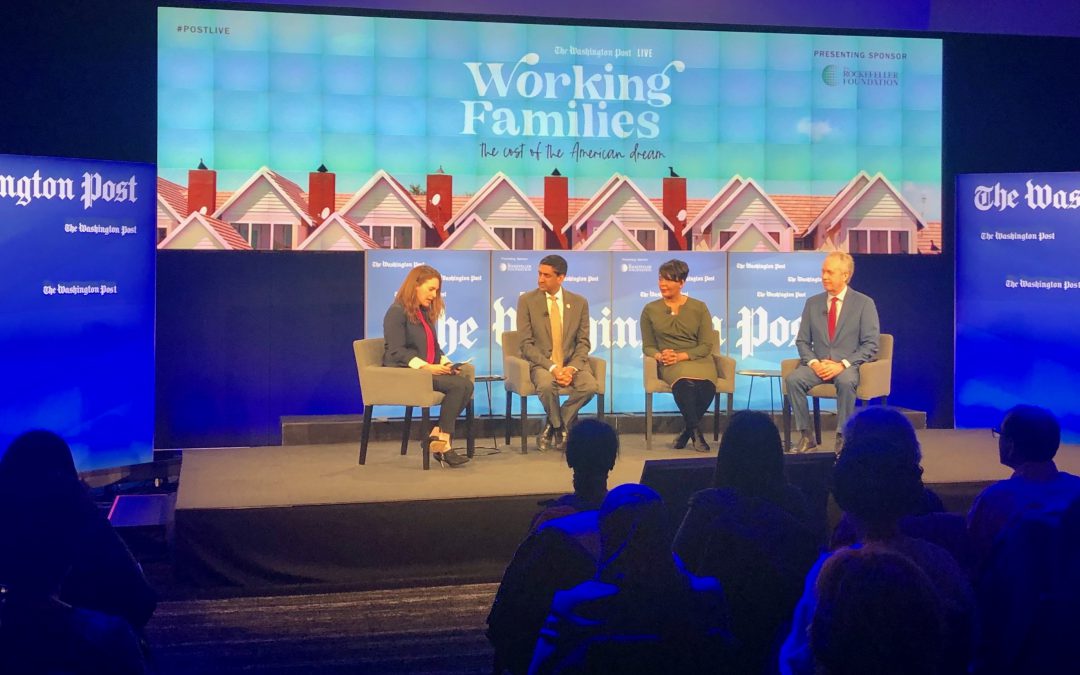 WASHINGTON — Wealth inequality in the United States now resembles the massive wealth gap of the Great Depression, with the top 0.1% of today’s wealthiest Americans holding more than 20% of the nation’s wealth, and the future of working class families is threatened, several mayors and a leading public policy scholar said Wednesday.

Duke University public policy professor William A. Darity, speaking at a Washington Post event, expressed concern that the working class may be permanently damaged if more resources are not allocated to help the average American’s needs.

Atlanta Mayor Keisha Lance Bottoms said that one of the issues central to helping the working class is making sure neighborhoods can be less stratified by income.

Bottoms said that the new Mercedes-Benz Stadium in Atlanta is in the heart of a community facing gentrification so the city designated the area a displacement-free zone and for the next 20 years the City of Atlanta will cover the anticipated increase in property taxes for residents who would not otherwise be able to afford to live in this neighborhood.

“We see that we are bringing people together who otherwise wouldn’t live in the same neighborhoods,” Bottoms said. “When the communities look better, it’s for everyone, not just a segment of the population.”

Louisville, Kentucky, Mayor Greg Fischer said that it is important to give money to communities that have historically been disadvantaged, whether by raising the minimum wage or by enacting something like the Freedom Dividend, Andrew Yang’s plan to give every American $1,000 a month.

“When people have an adequate amount of money, they can take care of issues that prevent them from earning money,” Fischer said.

Philadelphia Councilwoman Kendra Brooks and other panelists agreed that those in the working class should have a voice in the decisions that directly affect them.

“I have experienced a lot of these issues firsthand,” Brooks said. “We need people in politics that are able to speak to the people, not the numbers, not the statistics, but the people that are primarily affected by these issues.”

Rep. Ro Khanna, D-Calif., said the House of Representatives is working to ensure that Americans have the health care they need to survive.

“Democrats are 95% united, I mean the media focuses on the 5% where we have differences,” Khanna said. “Every Democrat that I know believes that health care is a human right.”

Khanna added that it is up to Senate Majority Leader Mitch McConnell to allow the Senate to act on legislation that the House has passed that directly assists working class Americans.