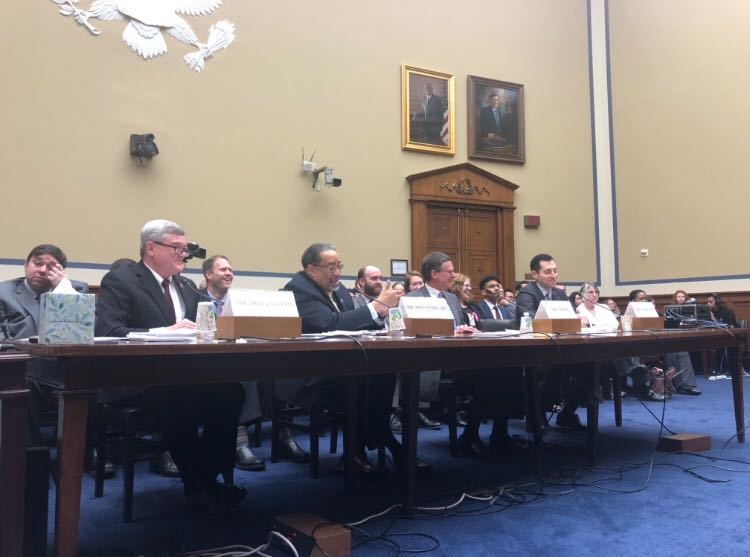 WASHINGTON — The Census Bureau is falling behind on recruiting workers and community partners for the 2020 count ahead of the start of self-response mailing next month, according to a report released by the Government Accountability Office Wednesday during a House Oversight and Reform Committee hearing.

However, Bureau Director Steven Dillingham told the Committee on Wednesday that the Bureau is on track to meet their “worst-case scenario” recruitment goals by the first week of March.

“From the point of view of the Census Bureau, we are not behind,” Dillingham said.

The GAO report also said the Bureau is facing “significant cybersecurity challenges” and needs to address concerns related to the readiness of its internet system. Dillingham also said the Bureau’s systems are tested to carry out operations securely.

J. Christopher Mihm, the Managing Director of GAO’s Strategic Issues, told the committee the Bureau needs to stay on track with recruitment goals in local communities. Mihm said partnerships in local communities are important to making sure people participate in the Census.

“We need people to be encouraged to participate in the Census,” Mihm said. “(Partners) are trusted voices people in the community that can tell people ‘we need to participate…’ That’s not something that can come out of Washington. That has to come from trusted, local voices.”

Since the Census is implemented on the local level, Mihm said the agency is concerned that 202 of the 248 area Census offices fell short of their individual recruiting targets.

Rep. Ayanna Pressley, D-M.A., also expressed concern about insufficient numbers of workers in local communities and said Dillingham’s statements contradict both the GAO report and “on-the-ground experience” of her constituents.

“The numbers are telling a story, and it’s a sobering one,” Pressley said. “This stands to really devastatingly impact communities that are already under-resourced.”

She said more than 60 percent of her constituents living in Suffolk County live in hard-to-count neighborhoods, and hiring the adequate number of workers is “critical to ensuring undercounts don’t take place.”

“It’s not just about meeting a single, national recruiting target,” Pressley said. “Census workers are needed in hard-to-count communities where many people will not fill out Census forms until someone arrives at their door.”

Pressley said the Census Bureau still needs to recruit 11,000 applicants in her district.

Last month, the Oversight Committee held a hearing focusing on hard-to-reach communities. Experts from several civil advocacy organizations testified that minority and immigrant populations are at a serious risk of being undercounted in the 2020 Census and that the discussion of a citizenship question appearing on the Census may have permanently deterred people from filling out the Census.

Rep. Katie Porter, D-Calif., presented new evidence at the GAO report hearing that organizations may be intentionally misleading Americans. Porter pointed to a questionnaire, which closely resembles the Census form, from the Republican National Committee that is being mailed to people across the country.

“The Census is already facing so many problems with disinformation, this fake Census from the RNC will only serve to increase confusion and stress,” Porter said.

Chairwoman Carolyn Maloney, D-N.Y., said she pushed forward a 2010 law that made it illegal to send mail that resembles the Census. Maloney said that she will have to revisit it and add penalties after finding out about the new RNC questionnaire.