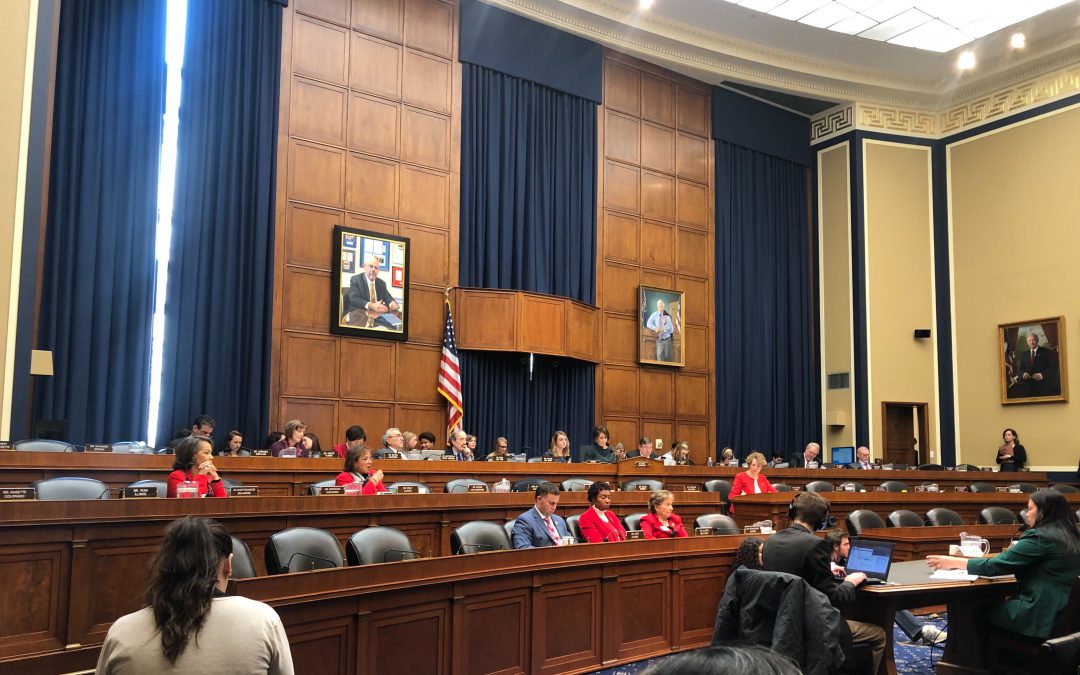 Representatives of the Health Subcommittee of House Energy and Commerce Committee heard from witnesses on women's reproductive health and justice. (Suzy Vazquez/MNS)

WASHINGTON — In response to numerous states enacting laws in 2019 that prohibit or restrict abortion, a House subcommittee held a hearing to evaluate H.R. 2975, The Women’s Health Protection Act. The bill would prohibit bans and medically unnecessary restrictions that single out abortion and impede access to care.

The bill, which was reintroduced to Congress by three Democratic represenatives, would put an end to 6-week, 8-week and 15-week bans as well as state mandates that require women to to get an ultrasound scan before an abortion. The House Energy and Commerce Health subcommittee conducted Wednesday’s hearing.

Ninety percent of U.S. counties do not have an abortion provider, and six states have only one abortion clinic, said Chairwoman Rep. Anna Eshoo, D-Calif., in her opening remarks. If lawmakers want to reduce abortions, Eshoo said, they should back comprehensive sex education and no-cost contraception, not abortion bans.

Last year Alabama passed a near total ban on abortion that could result in a penalty of 99 years in prison for phsyicians who perform the procedure. If the Alabama law takes effect, it could threaten doctors like Yashica Robinson with prison. An obstetrician-gynecology and medical director at the Alabama Women’s Center for Reproductive Alternatives, Robinson testified Wednesday.

No other area of medicine involves politicians threatening physicians “with prosecution for doing their jobs,” Robinson said. She added that right now Alabama requires patients to receive outdated materials that are “filled with misinformation” that Robinson corrects to her patients.

“In states like California or Maryland, today a patient can access abortion care without the state forcing medically inaccurate information on them, or making them endure a medically unnecessary waiting period,” Robinson said. “This is what care should look like. Unfortunately, today, that is not the case for my patients in Alabama.”

More than 200 members of Congress have signed to cosponsor the bill. It was first introduced in 2013 where it had 132 cosponsors in the House and 35 in the Senate. It has been introduced in every Congress since. On May 23, 2019, Reps. Judy Chu, D-Calif., Lois Frankel, D-Fla., and Marcia Fudge, D-Ohio, reintroduced the bill with 173 original cosponsors.

The surge in support for the bill comes after a series of state legislatures passed restrictive abortion laws designed to dismantle the rights guaranteed in Roe v. Wade, the 1973 Supreme Court decision that legalized abortion.

Nancy Northup, president and CEO of the Center for Reproductive Rights, said she is more concerned today than she has ever been about the actions being taken against women to restrict their access to abortion.

“The unprecedented volume of attacks on abortion, and the speed at which these attacks have progressed through the legislative process, requires congressional action,” Northup said. “We need this law now — because the crisis is now.”

In 2019, 18 states enacted 46 new laws that prohibit or restrict abortion. The Women’s Health Protection Act, which would stop these laws from hindering women’s access to abortion, is supported by the Act for Women campaign, a broad coalition of more than 100 organizations committed to reproductive health, rights, and justice.