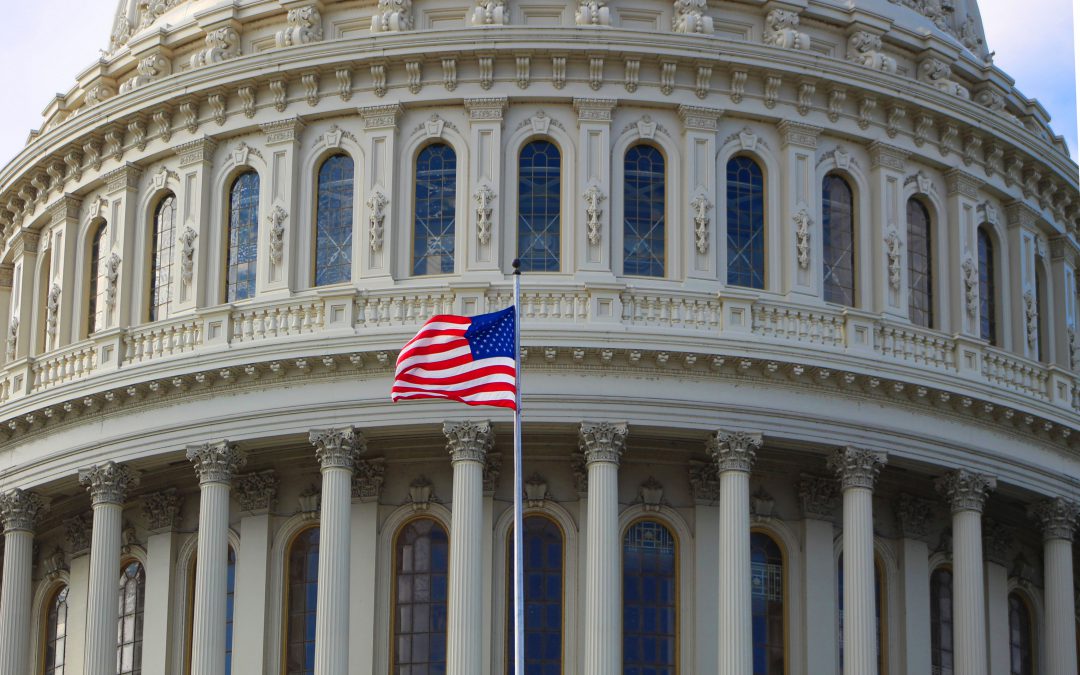 The American flag flew high outside the Capitol building on a damp, rainy Tuesday, as congressmen prepared to hear President Donald Trump's third State of the Union address. (Angelina Campanile/MNS)

WASHINGTON – President Donald Trump said Tuesday that Congress should approve his plan to replace Obamacare with a new health care program that would provide “affordable alternative” insurance options and criticized Democrats for trying to impose “a socialist takeover of our health care system.”

“A good life for American families requires the most affordable, innovative and high-quality health care system on earth,” Trump said in his third State of the Union address.

Trump said he has proposed health care plans that would be up to 60% cheaper than the Affordable Care Act plans. Both the White House and the Department of Health and Human Services did not respond when asked if a specific replacement plan has existed or ever will.

The president blamed Democrats for not providing the American people with the health care reforms he has promised.

Democrats stood up at this comment, pointed their fingers at Trump and shouted “YOU.”

Trump said 130 Democrats endorse legislation to impose a “socialist takeover” of the health care system by “taking away the private health insurance plans of 180 million.”

Democratic presidential candidates Sen. Bernie Sanders, I-Vt., and Sen. Elizabeth Warren, D-Mass., are pushing for a “Medicare for All” plan that would end private health insurance while other candidates like former Vice President Joe Biden, Pete Buttigieg and Sen. Amy Klobuchar, D-Minn., are pushing to expand on Obamacare.

Trump emphasized the administration’s efforts to protect patients with pre-existing conditions, to which Democrats threw up their hands and shook their heads in disagreement. Led by House Speaker Rep. Nancy Pelosi, D-Calif., Senate and House Democrats brought more than 80 patients, doctors and health care advocates from across the country as guests to the speech.

“President Trump will speak to an audience filled with Americans who are suffering because of his broken promises on prescription drug costs and his all-out assault on Americans with preexisting conditions,” Pelosi said in a press release Tuesday morning.

“Get a bill to my desk, and I will sign it into law without delay,” the president said.

Democrats responded to this by booing and holding up three fingers to represent H.R. 3, legislation proposed by the late Rep. Elijah E. Cummings that would require the Centers for Medicare and Medicaid Services to negotiate certain drug prices. The bill has been on Senate Majority Leader Mitch McConnell’s desk for over a month after being passed in the House.

Generic prescription drug prices dropped 1% in 2018, the first price drop in 45 years, according to the Department of Health and Human Services. Trump said it was the first time in 51 years. Brand-name drug prices, however, are still increasing.

Trump said the administration will continue to make health care more transparent by requiring hospitals to make their prices negotiated with insurers public and easily accessible online. He also pointed to the passage of administration-backed legislation called “Right to Try,” which allows terminally ill patients access to drugs not fully approved by the Food and Drug Administration if they feel they have tried all other options.

He also said he has launched new initiatives to improve care for Americans with kidney disease, Alzheimer’s and those struggling with mental health challenges, in addition to pursuing new cures for childhood cancer and AIDS.