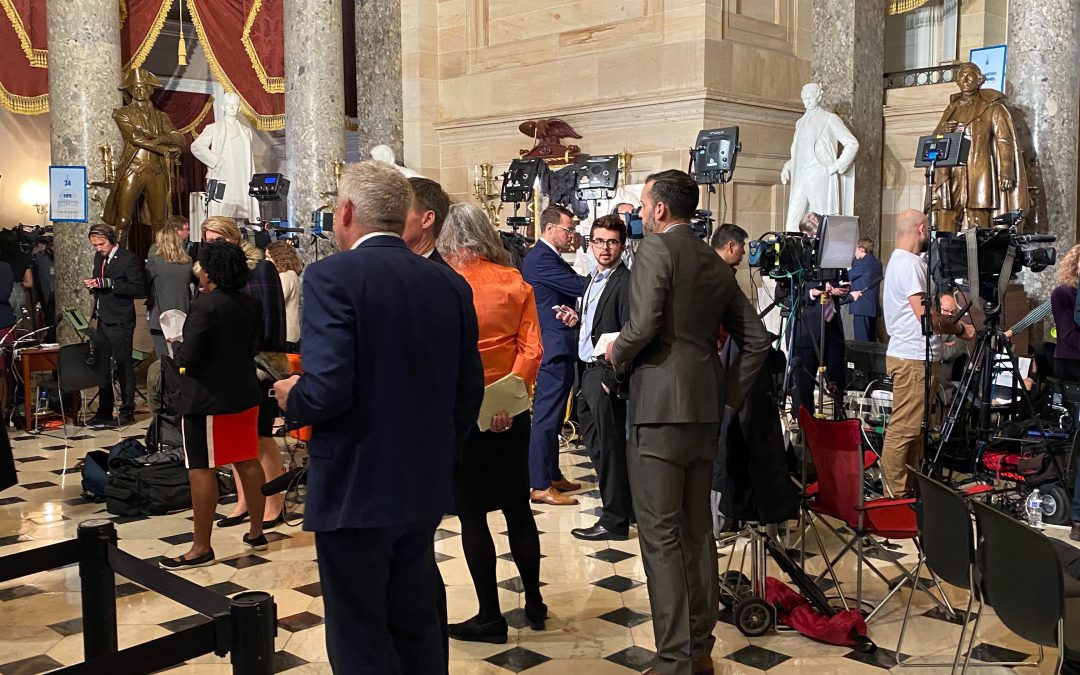 WASHINGTON — President Donald Trump said Tuesday he will prioritize supporting working families by mandating paid leave and lowering barriers to education. Members of Congress from both parties said they agree with the sentiments, but disagree on how to implement the policies.

Trump’s statements on family leave came in the wake of a December 2019 law that guarantees up to 12 weeks of paid leave to roughly 2.1 million federal employees. The law was the first update to the 1993 Family Medical Leave Act, which protects workers from being fired for taking unpaid family leave.

Trump called on Congress to pass the Advancing Support for Working Families Act, a bipartisan bill that offers a loan to new parents, repayable through reductions to their Child Tax Credit.

Critics say the bill only provides leave to new parents, though over 70% of those who use paid leave need it to care for loved ones who are ill or injured. Rep. Raja Krishnamoorthi, D-Ill. said a tax credit system would disproportionately hurt the working class.

“The problem is for certain folks, who are at the lower end of the income spectrum, tax credits aren’t going to be as useful,” Krishnamoorthi said.

Democrats have instead proposed the FAMILY Act, which would levy a 0.4% payroll tax on all families to fund paid leave programs. This would apply to new parents or those taking care of sick family members.

Trump also called on Congress to enact school choice legislation, which would allow parents to send their children to alternative public schools or private schools if they feel the traditional public schools in their area are not meeting their needs. Trump’s Education Secretary, Betsy DeVos, has long been a proponent of school choice.

Philadelphia resident Stephanie Davis and her fourth-grade daughter Janiyah were in attendance Tuesday night. According to a White House statement, Janiyah has been assigned to a “low-performing school” and is one of an estimated 50,000 students on a waitlist for a tax credit scholarship.

Trump says Janiyah is an example of a student who he believes has been harmed by anti-school choice policy — Pennsylvania Gov.Tom Wolf vetoed a school choice bill in June 2019.

“For too long, countless American children have been trapped in failing government schools,” Trump said. “The next step forward in building an inclusive society is making sure that every young American gets a great education and the opportunity to achieve the American Dream.”

At a White House “school choice roundtable” in December, Trump said children who were “trapped in failing government schools” would be “forgotten no longer” in his administration.

Trump touted the bill Tuesday night, saying it would give 1 million American children the opportunity to attend the school of their choice.

Critics of school choice, however, argued that such policies would deprive public schools of the resources they need to be successful.

“Remarks about how schools are failing is tragic because when you’re defunding schools,” former Rep. Katie Hill, D-Calif., said. “Calling it school choice is a misnomer. It’s just another way of saying we want to hand over a public service to for-profit communities.”