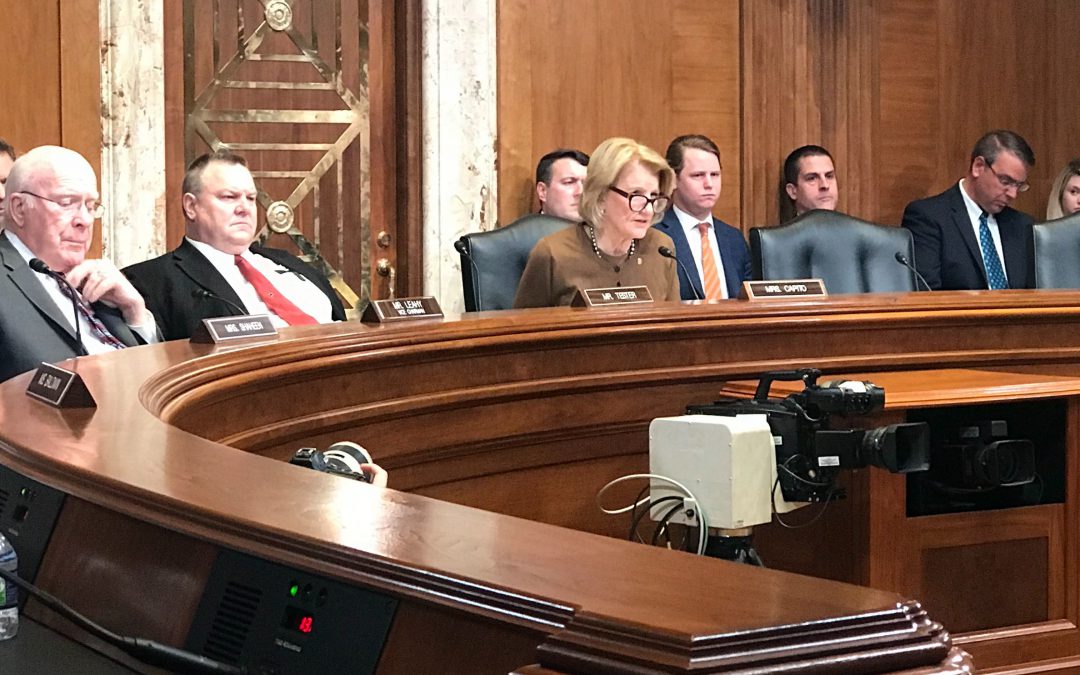 “The budget includes $2 billion for the construction of approximately 82 miles of new borderwall system as well as funding for additional technology and staffing,” Wolf told the Homeland Security Subcommittee of the Senate Appropriations as he explained the administration’s fiscal 2021 spending proposal. “While securing our borders is of utmost importance, the integrity of our immigration system requires that we enforce the law as written.”

Sen. Patrick Leahy, D-Vt., asked Wolf about devices used to thwart the border wall.“How many $5 ladders or $100 cordless saws have been used to defeat the wall?”

Leahy said that equipment is an easy way to get past the wall. Wolf agreed, stating that those items “can be found at probably any hardware store.”

Wolf assured Sen. Jon Tester , D-Mont., that he has been in constant communication with the Tohono O’odham tribe, and he plans to visit. The $2 billion request for border wall construction is less than Trump’s $5 billion request for fiscal 2020, which ultimately led to a partial government shutdown.

Wolf is scheduled to testify to the House Appropriations homeland security subcommittee Wednesday.

Trump released his fiscal 2021 proposal earlier this month. Congress will review and set its spending allocations; the deadline to do so is Sept. 30, but Congress has not met that deadline for all spending bills in quite a while.