“This is not just Roger being Roger”: Judge sentences Stone to 3-1/3 years in prison 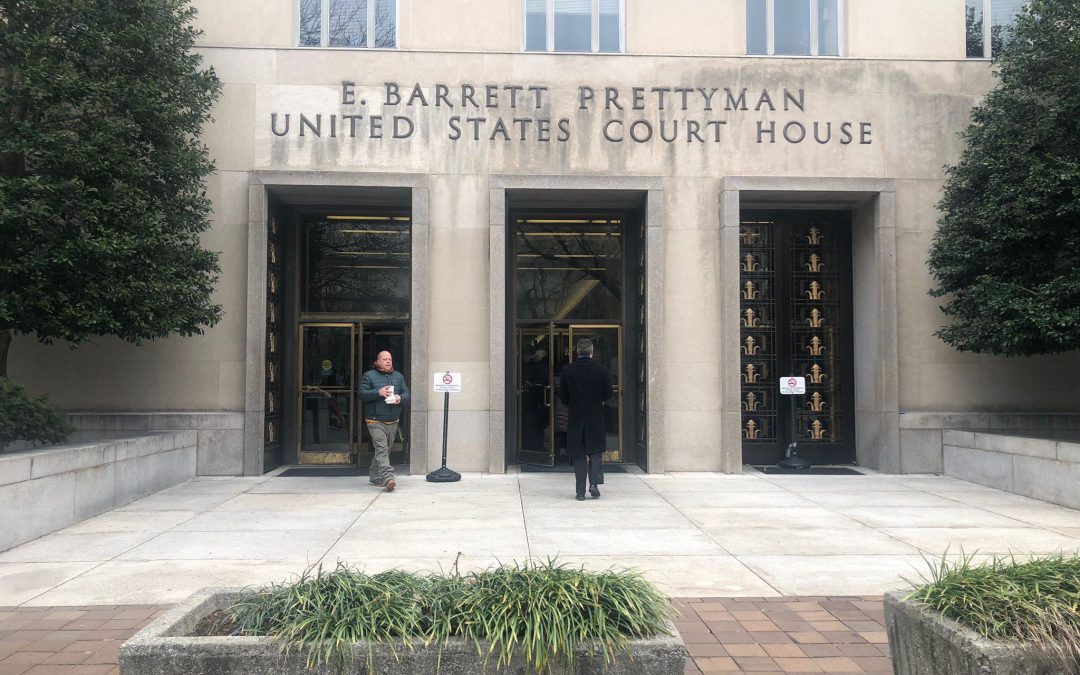 Roger Stone, an associate of President Donald Trump, was convicted of lying to Congress over his contact with the website WikiLeaks. He was sentenced at the U.S. District Court Thursday. (Suzy Vazquez/MNS)

WASHINGTON –A federal judge sentenced Roger Stone, a friend of President Donald Trump, to 40 months in jail after he was convicted of impeding a congressional investigation of Russian interference in the 2016 election, despite Trump’s tweets suggesting the conviction was unfair.

U.S. District Judge Amy Berman Jackson said Stone’s actions were deliberate, planned and conducted over a period of time. She added “the truth still matters” despite Stone’s “belief that it doesn’t.”

“If it goes unpunished it will not be a victory for one party or another,” Jackson said. “Everyone loses… For that reason the dismay and disgust at the defendant’s belligerence should transcend party.”

Jackson said she is not sentencing Stone “for the opinion of those who he supports.”

Leading up the sentencing, Trump singled out Jackson on Twitter, falsely accusing her of ordering Paul Manafort, former chair of the Trump presidential campaign who is currently serving a sentence for federal financial crimes, into solitary confinement. On Tuesday, Trump wrote a series of tweets quoting a Fox News analyst suggesting that almost any judge in the country would have ordered a new trial.

“The court cannot be influenced by those comments,” Jackson said. “They were entirely inappropriate. I will not hold them against the defendant.”

While Stone chose not to speak in court, his lawyer, Seth Ginsberg, said a sentence that does not involve prison time was appropriate.

Ginsberg argued that Jackson should not consider a higher sentencing guideline because of threats Stone made to witness Randy Credico, a comedian, despite Stone sending the message: “Prepare to die, c*cksucker.”

In April 2018, Stone emailed Credico saying, “You are a rat. A stoolie. You backstab your friends-run your mouth my lawyers are dying Rip you to shreds.” Stone added that he would take Credico’s service dog and hurt it.

In Credico’s letter to Jackson before the sentencing, he claimed he never believed Stone would actually take his dog. Ginsberg said if the victim doesn’t believe they’re being threatened, then it’s not “a serious enough threat to trigger the guidelines.”

“In the context of that conversation, Mr. Credico understood it was Stone being Stone,” Ginsberg said. “He is all bark, not bite.”

Jackson responded that Credico stopped living in his home and wore disguises out of fear of being attacked by Stone’s allies after receiving the threats.

The original prosecutors wrote a memo asking for Stone’s sentence to be seven to nine years. After Trump criticized the length for being too harsh on Twitter, Attorney General William Barr retracted the recommendation, causing the prosecutors to quit the case.

Assistant U.S. Attorney John Crabb defended the original prosecutors, saying the Department of Justice and the U.S. Attorney’s Office intend to do work without “fear, favor or political influence.”

He said the original sentencing memo written by the trial team was “done in good faith” and the prosecution is “righteous.” Siding with the prosecutors, Jackson emphasized the legitimacy of the Russian investigation, saying “This is not campaign hijinks. This is not just Roger being Roger.”

“Witnesses do not decide whether Congress is entitled to facts,” Jackson said. “There was nothing unfair, phony, or disgraceful about the investigation or the prosecution.”