Passionate but few protesters at Capitol for SOTU 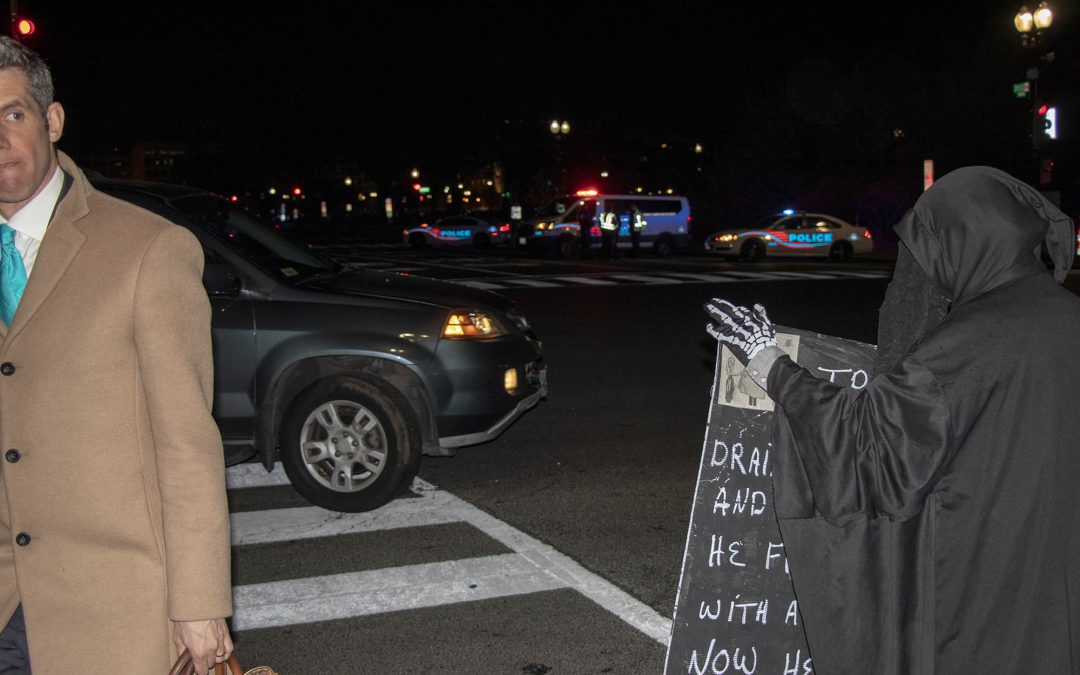 Some anti-Trump protesters in front of the Capitol attracted attention through their costumes. (Olivia Olander / MNS)

WASHINGTON — A sparse group of protesters hung around the street corners in front of the Capitol Tuesday to show their opposition to President Donald Trump as he delivered his third State of the Union address.

In years past, larger groups met the president when he arrived at the Capitol for the annual address, but on this mild Tuesday night activists were outnumbered by curious tourists, commuters and cops.

Protests outside the Capitol draws small crowd with big message from Medill Washington on Vimeo.

David Barrows, one of the small band of demonstrators, said he frequently dresses to impersonate Trump to protest the president’s policies. His sign read, “I am the state, the state is me,” a reference to French monarch Louis XIV. 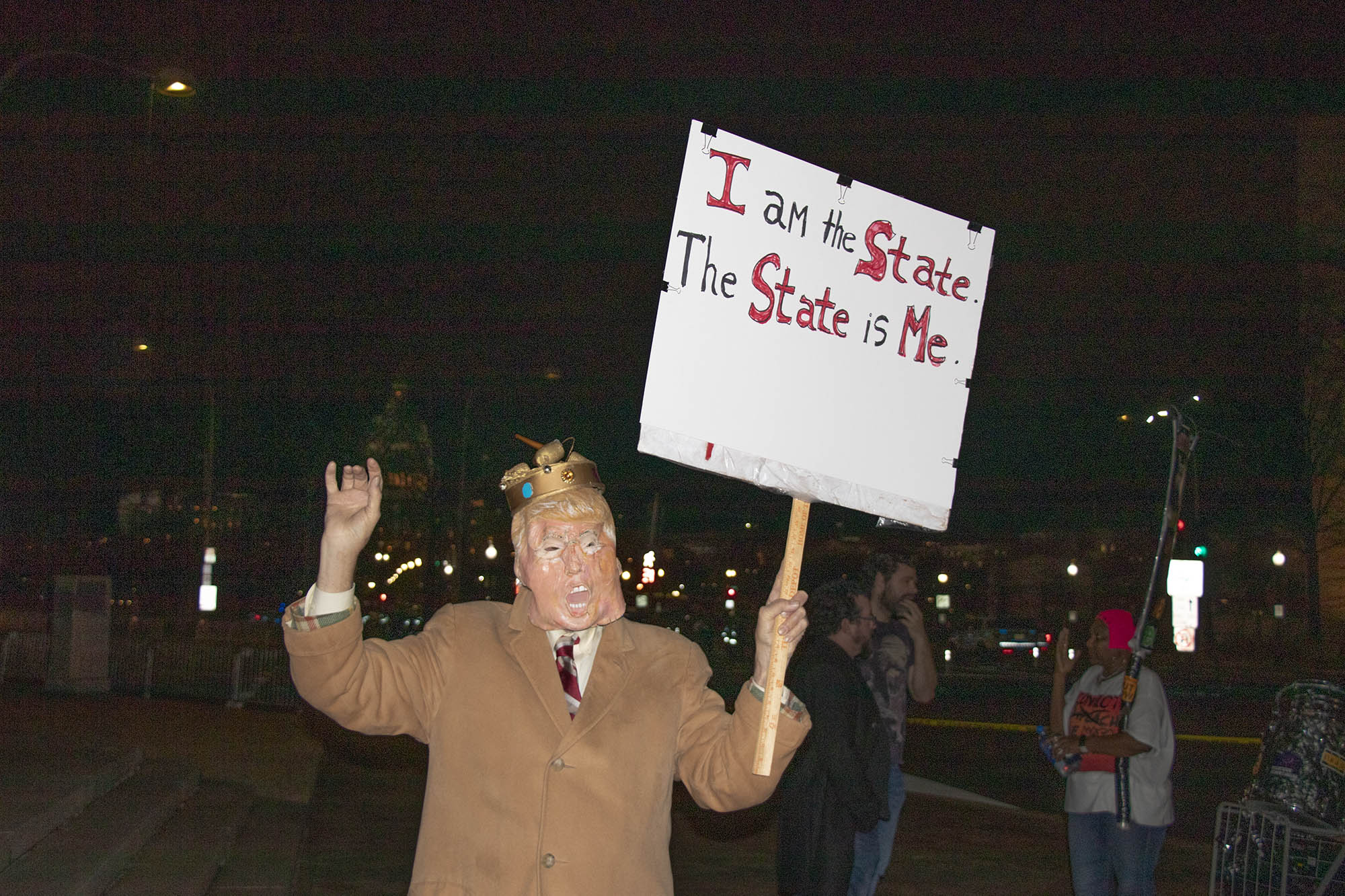 “The Republicans are so corrupt that he’s basically king, he can do what he wants,” Barrows explained. He blamed the low turnout at Tuesday night’s protest on a lack of communication from activist organizations. 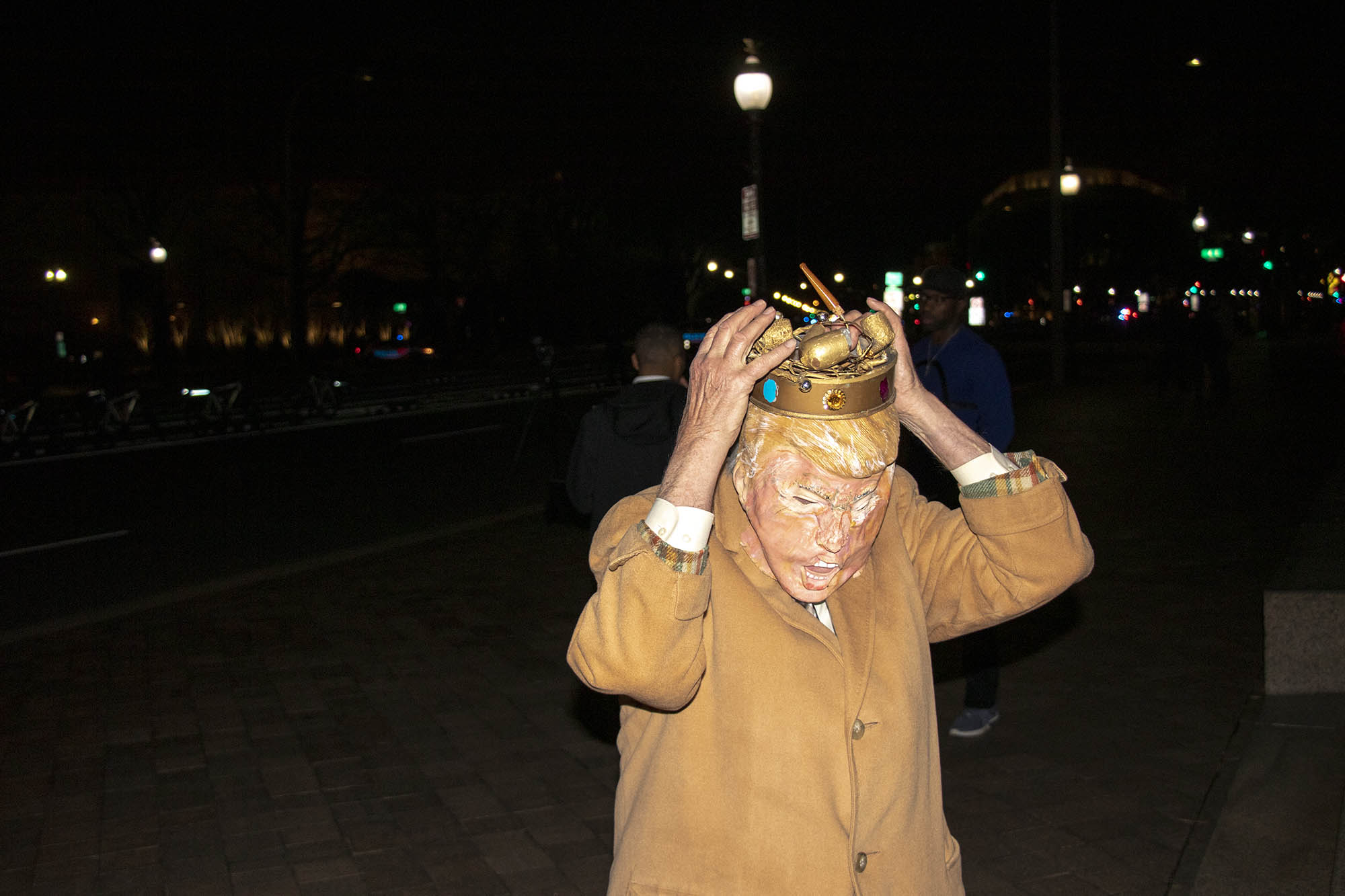 Other protest regulars included activist rock band The Resistance Company and Nicky Sundt, a Washingtonian who described herself as a “transgender climate expert” and said she has attended over 40 demonstrations in the last three years. 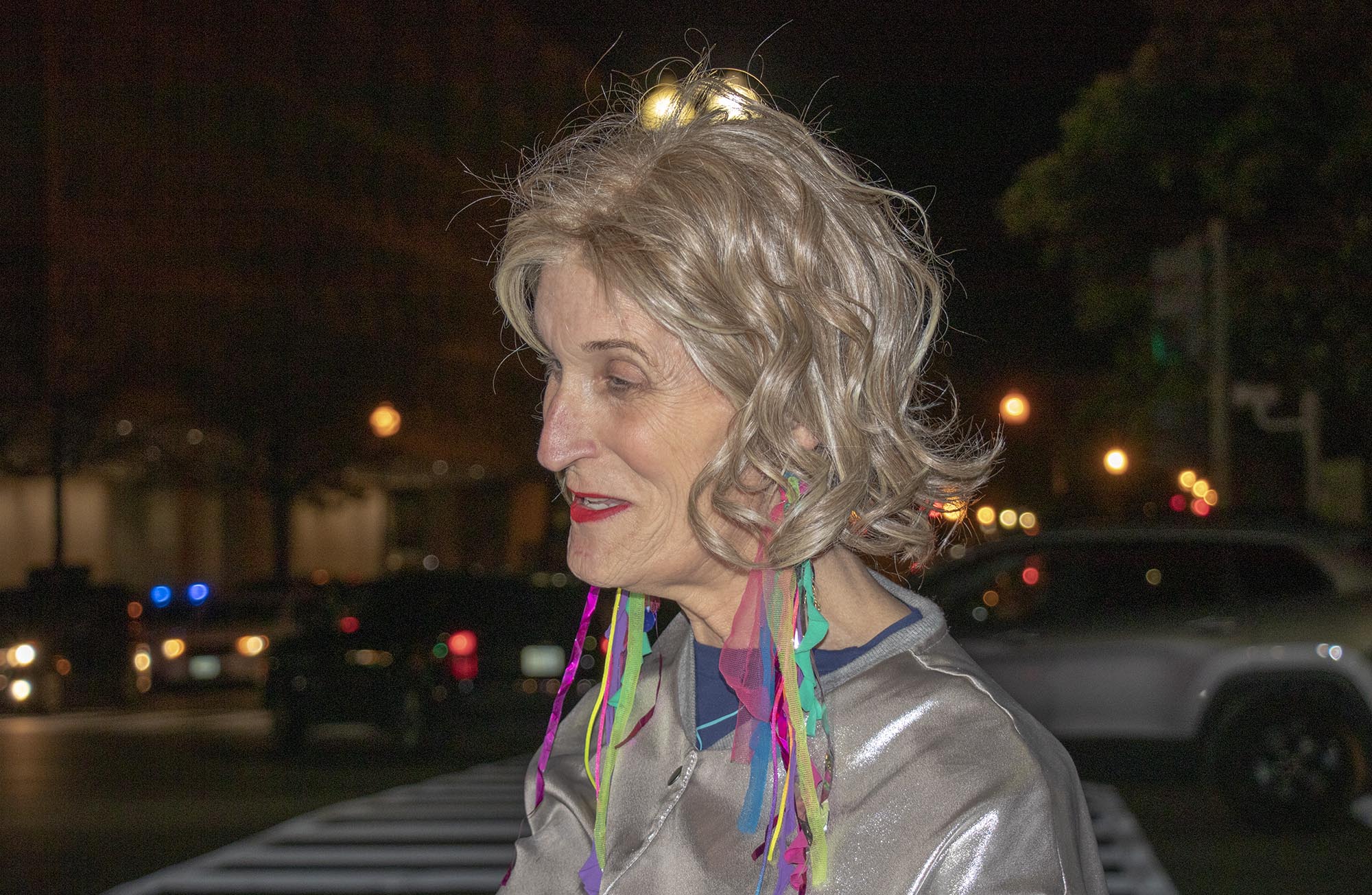 Nicky Sundt said she came out to protest as a “transgender climate expert.” (Olivia Olander / MNS)

But not everyone present had a lengthy resume of activism. Inspired by the House impeachment vote and Senate impeachment trial, Mark Glowshen of San Francisco said this State of the Union marked his first protest ever.

“I’ve been sitting on my butt for the last four years, watching this all unfold, just waiting for someone to do something. I finally ran out of patience so I came over here,” Glowshen said. “You want to deny truth on Fox News, that’s fine, but when you’re doing it on the Senate floor … that’s when I start to get really scared.” 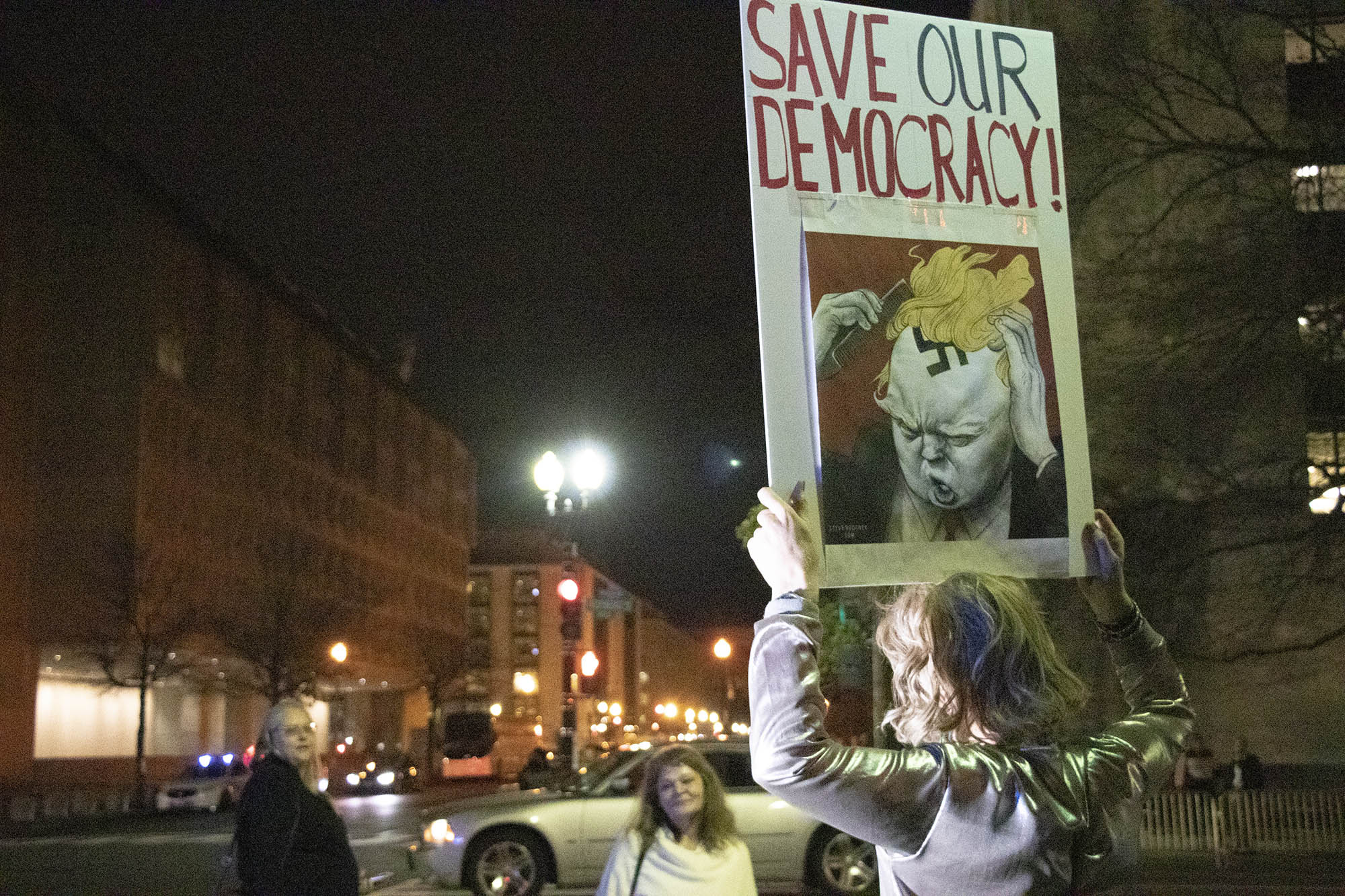 As Sundt and the other protesters waited for the president’s motorcade to arrive at the Capitol, two women passersby asked for a picture with Sundt and her poster, which said “Save Our Democracy.”

“I wish we could stand here, too,” one of them said.

“That’s OK,” Sundt said. “It only takes one person to hold the sign.”