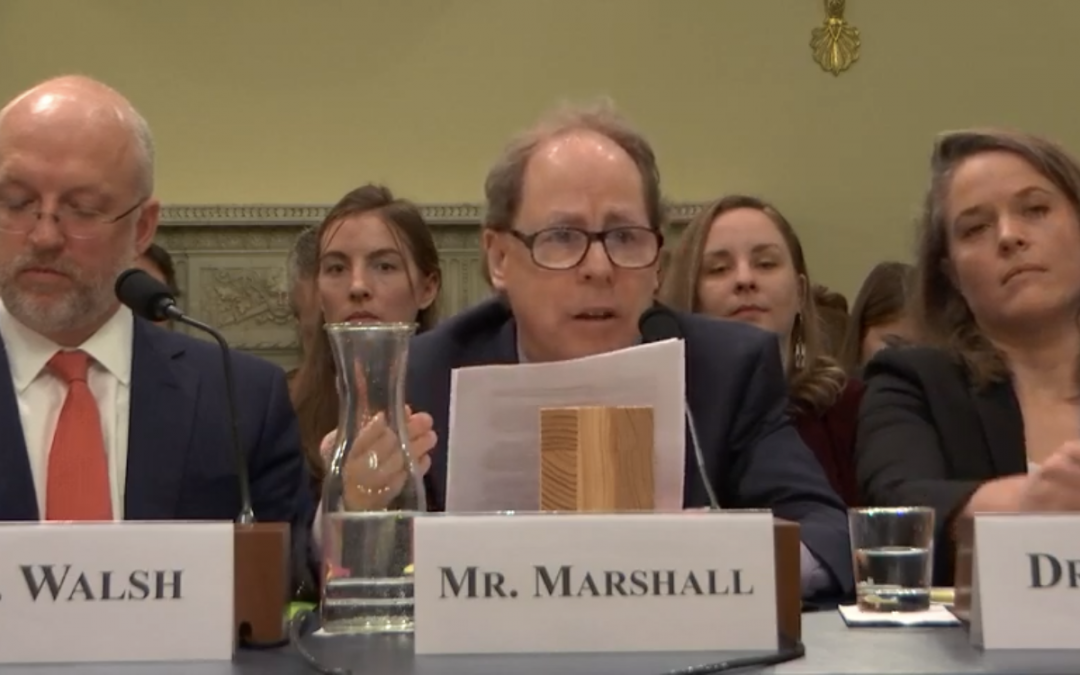 WASHINGTON –A bill that would pledge U.S. participation in a global plan to protect and restore 1 trillion trees by 2050 endorsed by President Donald Trump at Davos had environmental stakeholders split Wednesday at a House Natural Resources Committee hearing.

The bill, sponsored by Rep. Bruce Westerman, R-Ark., would pledge U.S. support for the Trillion Trees Initiative, organized in part by the World Wildlife Fundand the Wildlife Conservation Society. Westerman called it a“bold goal to focus our efforts on being the best stewards of our environment.”

The goal behind planting the trees is to use their ability to store carbon to pull significant amounts of carbon, a greenhouse gas, out of the atmosphere. This plan has gained bipartisan support and is a cornerstone of Republicans’ climate plan. Trump pledged U.S. participation during the World Economic Forum in Davos in late January and mentioned it again in his State of the Union address earlier this month.
Yale University ecologist A. Carla Staver told the committee that the ability to store vast amounts of carbon is misrepresented by proponents of the Trillion Trees Act.

“Many ecosystems identified as targets for tree planting already store substantial carbon” Staver said. However, when certain key carbon storage calculations are made, trees are counted based on their potential to store carbon, not how much “room” for carbon they have left.

“If you want to fill a bucket but it’s already three-fourths full…you can only fill it an extra quarter,” she said. In other words, she said, the mathematical error in carbon storage estimations yields a result up to 80% greater than actual carbon storage potential.

But SmartLam North America Senior Vice President Steve Marshall, whose company develops “sustainable building practices” that include wood which stores more carbon, said the proposal is the cheapest way to pull carbon out of the air.

“We have a building technology with the potential to transform the profile of our built environment,” he said.

Marshall also praised the bill’s provisions for tax credits that encourage the reduction of carbon emissions in construction, a policy win for a plan that has faced criticism for not providing for a reduction of emissions.

Westerman defended the simplicity and accessibility of his bill.

“Every American can support planting a tree” he said. “If we can connect that action with sustainability and carbon storage, we are one big step closer to solving a complex problem.”