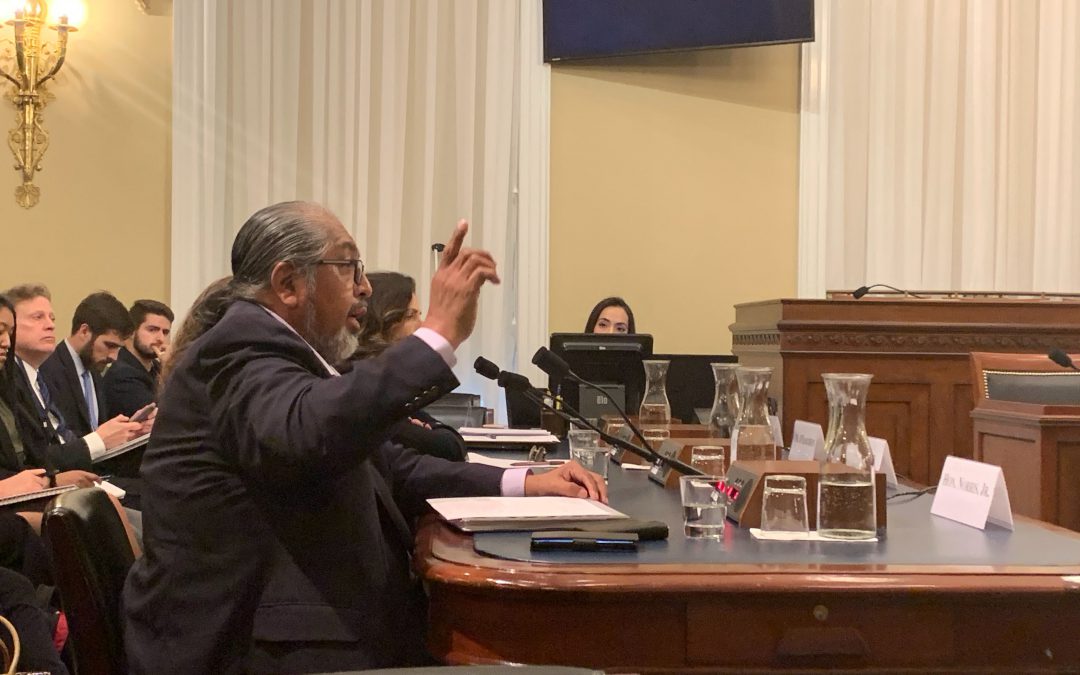 “For us, [the construction of the border wall] is no different from [the Department of Homeland Security] building a 30-foot wall along Arlington Cemetery or through the grounds of the National Cathedral,” said Ned Norris Jr., chairman of the Tohono O’odham Nation, which is located in southern Arizona.

DHS has undertaken a series of infrastructure projects in sacred tribal land along the U.S.-Mexican border, including the construction of roads and controlled detonations. Many of these areas once served as indigenous burial grounds, and many still contain ancestral human remains and sacred archeological remains, said Rep. Raúl Grijalva, D-Ariz.

According to U.S. law, the Trump administration has the authority to suspend federal laws protecting the environment and indigenous rights in order to construct border protection barriers. This enables the DHS and other federal agencies to start construction projects on indigenous land without consulting tribes.

“We urge Congress to withdraw or at least limit the DHS’ waiver authority that is dangerously broad and has allowed DHS nearly dictatorial authority to run rough-shot over the rights of the Tohono O’odham and other border communities in the United States,” Norris said.

But federal agencies’ informal conversations with tribes are insufficient and agencies have failed to appropriately contact tribes with regard to the border wall, Norris said.

Rep. Paul Gosar, R- Ariz., said the border wall is necessary to protect the environment in the sacred tribal areas. He said illegal crossings between the U.S.-Mexico border result in trash, water pollution and illegal foot and vehicle crossings in nature reserves.

“In pursuit of a political open borders agenda, you are happy to ignore and minimize the environmental impact [of illegal border crossings,]” said Gosar to Democrats on the committee.

“You can’t equate [the destruction of] sacred sites and burial grounds with trash [left behind by illegal crossers],” Rep. Deb Haaland, D-N.M., responded.