How Democrats and Republicans clash on paid leave policy 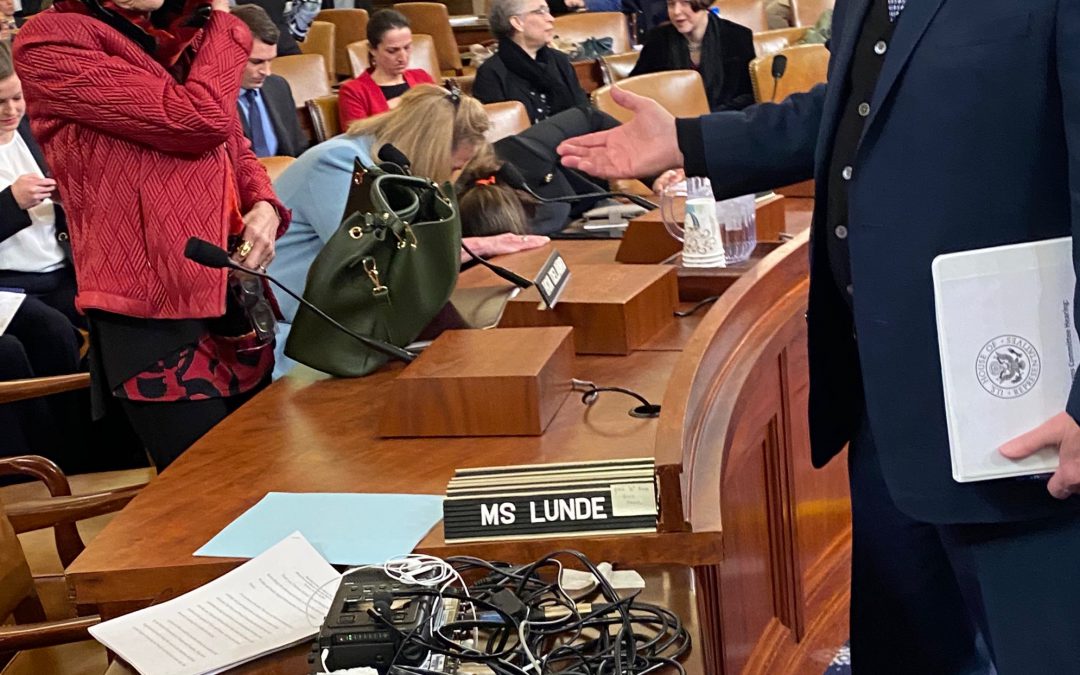 WASHINGTON — Joan Lunden co-hosted her first Good Morning America episode just seven weeks after giving birth to her first child in 1980. She was lucky — ABC provided paid maternity leave when each of her children was born.

Lunden is a mother to seven children, a caregiver for her brother who suffered from complications with Type II Diabetes and a self-described member of the “sandwich generation,” young adults charged with taking care of their aging parents and young children at the same time. She said ABC TV helped make all those roles possible — particularly by allowing parents to take their children to work.

“Those perks were unheard of at the time,” Lunden, now a fierce advocate for paid family leave policies, said. “And I then started getting boxes of mail from women all over the country saying, ‘We don’t have that, we don’t have access to any kind of benefits.’ Perhaps it was having the good fortune to be in that wonderful position that lit the fire under me.”

Family leave rights have progressed since 1980. Congress passed the Family Medical Leave Act in 1993 with bipartisan support, requiring large employers to allow workers to take leave for qualified family or medical reasons. But the FMLA did not require that employees be paid during the leaves — rendering it unaffordable for many Americans who qualify. Lunden said she often interacts with mothers whose situations mirror those of the women she heard from 40 years ago.

President Donald Trump highlighted the issue in his State of the Union address last month. In December, he signed into law a bill that mandated paid leave for all 2.1 million employees in the federal government. The law was the first major update to federal leave policy since the 1993 law was enacted.

Still, roughly 34% of the U.S labor force works for companies not covered by the FMLA, according to the Department of Labor. Democratic and Republican members of Congress agree that the federal government should do more to help families secure paid leave— but they haven’t been able to agree on how to provide that help.

In the absence of federal intervention, eight states and Washington, D.C., have enacted paid family leave policies, increasing the payroll tax for employers and employees to fund universal coverage. Large companies such as Netflix and Facebook have each adopted generous paid family leave programs.

But such protections are somewhat rare. Only 19% of the workforce has paid family leave through their employers, according to a September 2019 report by the National Partnership for Women and Families, a health care policy think tank. Overall the lack of federally mandated paid leave has meant that roughly one-fourth of women who have babies return to work 10 days after childbirth, according to the Department of Labor.

Rep. Rosa DeLauro, D-Conn., was diagnosed with ovarian cancer in 1986 while serving as chief of staff for former Connecticut Sen. Christopher Dodd. DeLauro said she walked into his office after finding out about her illness, unsure if she’d ever return.

“He said, ‘Rosa, go and get well,’” DeLauro said at a House Ways and Means Committee hearing last month. “’No matter how long it takes, you are still my Chief of Staff, you do not have to worry about your paycheck.’ I was a staff member, three kids in school. And we were concerned about how we were going to make it.”

Motivated by her experience, DeLauro in 2013 introduced the FAMILY Act, a 0.4% payroll tax on employers to cover universal paid family leave, which would apply to new parents or those taking care of sick family members. It was not passed, but she has continued to introduce it in each session of Congress, the most recent version on Feb. 13, 2019.

Kemi Role, director of work equity at the National Employment Law Project, told the Ways and Means Committee that the current patchwork of paid leave policies has exacerbated inequality and perpetuated the race and gender wage gap. Role said women and minorities are less likely to work for companies that provide paid leave or qualify for FMLA coverage — something that is only fixable with a universal paid leave policy.

“We know that we must center the needs of the most systematically oppressed workers, those traditionally left behind by computerized programs, if we are to truly have a standard and equitable paid leave policy,” Role said.

“One of the greatest challenges facing families in poverty in this country is not the lack of on-the-job benefits but it’s a lack of a job, a lack of an income to start with,” Manning said. “I think we’ve got to keep our eye on the ball as far as that’s concerned.”

Vicki Shabo, a senior research fellow at New America, a liberal think tank, disputes that. She said comprehensive paid leave plans correlate to higher workforce participation among women in part because they allow them to keep working while men take care of children. Shabo pointed to a 2010 study conducted by the Institute for Labour Market Policy Evaluation that found women have wages that are 7% higher when men also engage in paid family leave.

The Brookings Institution wrote in 2019 that “paid parental leave laws in California and New Jersey appear to have increased labor force attachment among women who would otherwise have exited the labor market temporarily to give birth.” Women with paid leave coverage are 40 percent more likely to return to work after giving birth than those without access to leave, according to the Journal of Population Economics.

“Take belief out of it,” Bialick said. “Look at the data that’s out there. There’s huge data to show that there’s significant worker retention when you offer the paid leave benefit. They feel like they’re part of the company. And to that end, a lot of the economic downturn that comes with turnover that all kind of goes out the window.”

Rep. Ann Wagner R-Mo., co-sponsored the New Parents Act in tandem with Sens. Marco Rubio R-Fla. and Mitt Romney R-Utah. The bill would allow parents to use part of their future Social Security paychecks to front up to three months of family leave. In a statement before the House Ways and Means Committee, Wagner said her plan would give working families and their employers the freedom to choose a paid leave plan that works for them.

“There are many options beyond a one-size-fits-all policy that layers over states and burdens companies that already have paid leave,” Wagner said. “There are tailored options that do not overly burden low-income families.”

Bialick said the plans that take away from future social security earnings are a “non-starter.”

“It’s mortgaging your future,” Bialick said. “You have no idea what your needs are going to be at the end of your working time of your life. So the idea that you put yourself or risk to retire later because of it, that is a non-starter to me.”

But Rep. Ben Cline R-Va., said Republican plans fit an ideology that doesn’t want all Americans to pay for the needs of the few. Other Republicans have proposed plans to give new parents advances on child care tax credits to fund paid leave programs.

“Congress should avoid burdening the American taxpayer and employers through additional Washington-knows-best, federal mandates when the private sector is already innovating solutions that create workplace flexibility for employees,” Cline said before the Committee on Education and Labor.

Notably, the Republican proposals only apply to families seeking leave after the birth of a child and do not extend to those caring for sick family members, who number 75% of those currently taking advantage of FMLA.

For Lunden, the GMA host, that’s a problem. As more and more Americans grow older in the population, more will suffer from the complications of aging. Over half of all people 65 years or older will develop a disability serious enough to require care in their lifetimes, according to the Department of Health and Human Services.

“The number of American workers who will need personal medical leave, either for themselves or for a family member, is only going to increase,” Lunden said. “We are in the middle of a care issue crisis.”