Fresh off of recess, legislators on different pages on combating coronavirus threat 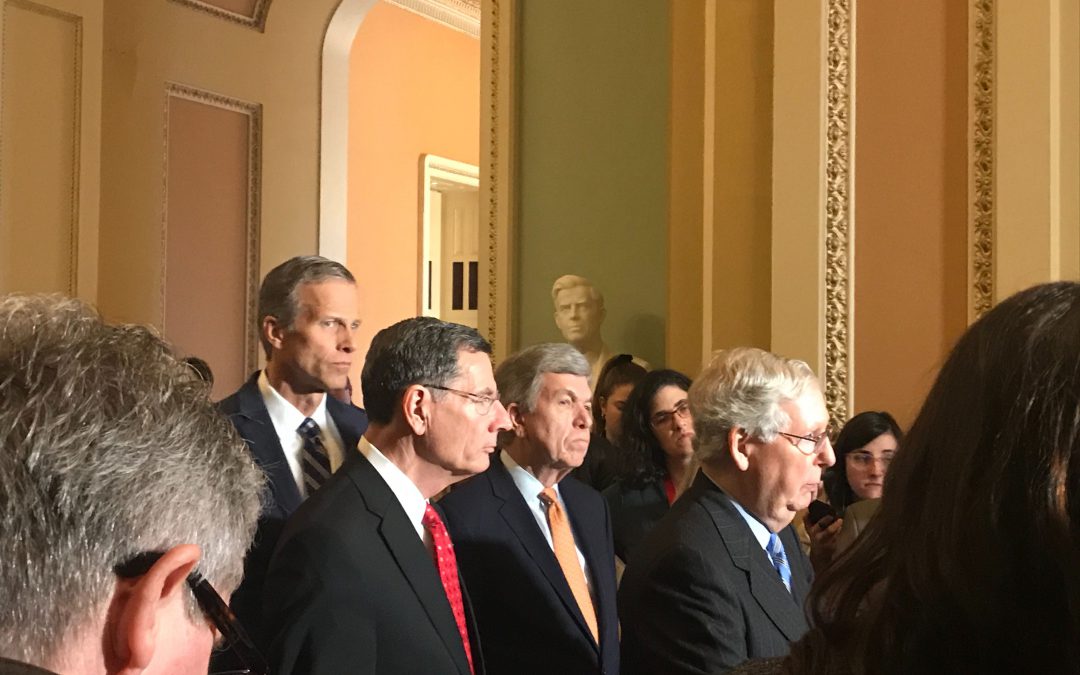 WASHINGTON – The head of the Senate Appropriations Committee said Tuesday that the U.S. should spend more than the $2.5 billion proposed by President Donald Trump to address the coronavirus as it continues to spread worldwide.

So far, 53 Americans are infected with the virus, all of whom contracted it from traveling or from being in close proximity with someone who was already infected, according to the Centers for Disease Control and Prevention. Over 80,000 people have been infected with the disease worldwide, about 77,000 of them in China.

Senate Appropriations Committee Chairman Sen. Richard Shelby, R-Ala., whose committee would need to approve any funding for fighting the virus, did not yet know when Congress would set aside money to fight the virus or how much they would ultimately allocate for that purpose. He suggested Congress should spend more than the $2.5 billion proposed by Trump.

“We’re going to more than adequately fund it, because we cannot make a mistake,” Shelby said.

But some of Shelby’s Republican colleagues suggested that the president’s proposal was sufficient. Majority Whip John Thune said, “My assumption is they’ve got a good handle on what we need.” Sen. Tim Scott of South Carolina said, “I think the first iteration of the proposal is sufficient and there will be multiple iterations to come.”

Any spending bill to fight the virus would likely originate in the House of Representatives, where appropriations bills usually originate. House Democrats have criticized the administration’s response to the growing threat.

The CDC said the “immediate health risk” to the general American public is low because Americans are unlikely to be exposed to the virus. However, it also said the disease would likely grow into a pandemic and has strong potential to pose a serious public health risk in the United States.

Earlier Tuesday, senators were briefed on the virus by health and national security officials before Homeland Security Secretary Chad Wolf testified at a Senate subcommittee. He was supposed to discuss the Department of Homeland Security’s budget proposal but faced a number of questions about the virus.

Sen. John Kennedy, R-La., was frustrated with what he said was a lack of knowledge by Wolf and other officials on some of the details of the virus.

Kennedy was frustrated that officials had presented conflicting timelines for how long it may take to develop a vaccine.

“The secretary of homeland security says we’re months away,” Kennedy said. “In the briefing this morning, they said year to year-and-a-half. [Health] Secretary [Alex] Azar says at least a year and probably longer.”

Sen. Roy Blunt, R-Mo., seemed unconcerned by the discrepancy and said any of the time frames proposed “would be the fastest time ever” that a vaccine had been developed.