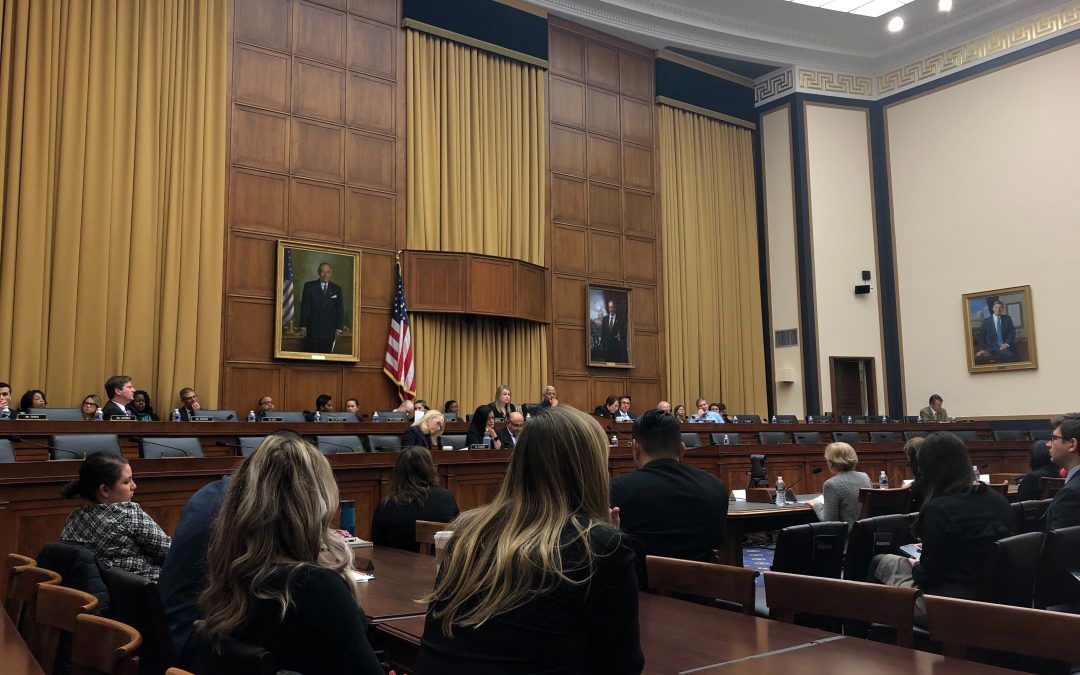 WASHINGTON—A former law clerk to the late Judge Stephen Reinhardt said Thursday at a House subcommittee hearing that he sexually harassed her repeatedly while she clerked for him in 2017 and 2018.

Olivia Warren, the former clerk, testified before the House Judiciary Subcommittee on Courts, Intellectual Property, and the Internet during a hearing about protecting federal judiciary employees from workplace misconduct.

A 2017 Harvard law graduate, Warren said Reinhardt, a prominent liberal appellate judge, disparaged her physical appearance, her views on women’s rights and her sexual relationship with her husband. The comments, coming on a weekly and sometimes daily basis, were made in public and private settings, she added.

After a 2017 report in the Washington Post about sexual misconduct allegations against Judge Alex Kozinski, the Office of Judicial Integrity was created for employees to report and receive advice about workplace misconduct.” But Warren said her attempts to report her experiences to the new resource failed, as the system still proved itself inadequate.

Warren said she was told to contact “the appropriate circuit representative on the Codes of Conduct Committee” to raise any specific concerns. And, she added, had she chosen to disclose her experiences, no “meaningful guidance” was given on their confidentiality.

“It is not only the judge him or herself from whom retribution is feared,” Warren said in a prepared statement. “Judges have networks of former law clerks to whom the judge’s reputation is inextricably intertwined with their own: these former clerks have made their name, in part, by reference to the reputation of the judge for whom they clerked. This group therefore has reasons both devoted and selfish to want to protect the judge’s reputation at all costs.”

The legal profession holds many unique and systemic barriers to reporting harassment and misconduct. For someone just beginning their legal career, alienating a federal judge “can spell doom” for their professional career, she said.

Dahlia Lithwick, a senior legal correspondent at Slate, testified that the problem of sexual harassment in the federal judiciary is about “closed systems that rely, often reasonably, on secrecy and discretion on the party of every member of a judicial chamber.”

Democrats and Republicans on the committee agreed barriers in the reporting process must be removed. Rep. Hakeem Jeffries, D-N.Y., a former law clerk himself, recalled being told that if offered a clerkship, he shouldn’t refuse it. Such comments, he said, embedded the dangerous power dynamics at the earliest stages of the clerkship process.

“It does create an extraordinary power dynamic, given the fact that you’ve got life tenured individuals who are on the bench, and young law students, transitioning from law students to young lawyers,” Jeffries said.

Apprenticeships, Jeffries added, should be available to people of color, women and traditionally disenfranchised individuals in a “harassment-free setting.”

Creating that setting, however, can only happen when members of the judiciary stop viewing these issues as isolated incidents, said Deeva Shah, the founder of Law Clerks for Workplace Accountability.

Lawmakers lauded Warren’s courage. Subcommittee Chairman Hank Johnson, D-Ga. said he is “profoundly sorry” for her experience, and commends her courage throughout the experience and in her decision to testify.

Warren’s attempts to report the harassment came after Reinhardt’s death on March 29, 2018 — a day of emotions “too painful to fully describe.” His death ended a 37-year career of service on the 9th U.S. Circuit Court of Appeals — and also ended her clerkship, and thus, the harassment.

“I have never cried as hard as I did at the judge’s memorial service,” Warren said. “The juxtaposition of my anger and my sadness and my shame was impossible to bear.”