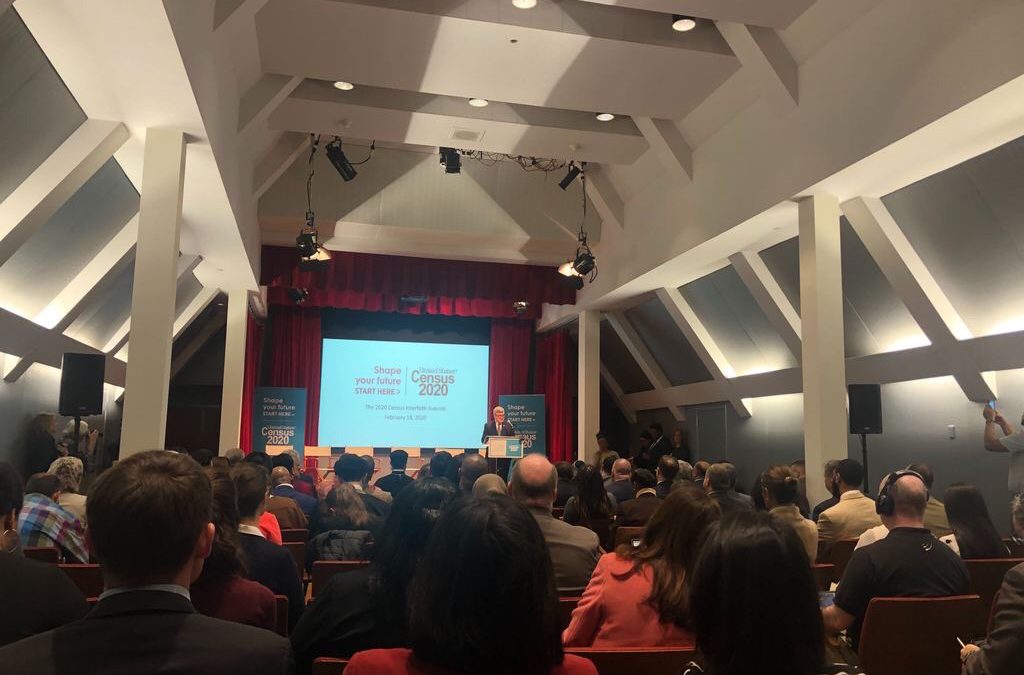 WASHINGTON—The Census Bureau has not done enough to quell fears that responses to the nationwide survey will be used against people, especially undocumented immigrants and marginalized communities, faith leaders said on Tuesday at a summit where they were asked to help encourage people to be counted.

Although the faith leaders were skeptical, Census Bureau Director Steven Dillingham called for their participation, saying it was vital to engage their congregants and parishioners.

“Faith leaders play an integral role in the community as you know how to best reach your community and members, hard to reach,” Dillingham said. “We need you, and the nation needs you.”

The Census is conducted every 10 years to count U.S. residents; that count is used to allocate federal funds to communities across the country as well as to set congressional and other legislative districts.

Despite the importance of being counted, many marginalized communities are afraid the government could use their personal information to target them. Pastor John Zayas, who was sent to the summit by Chicago Mayor Lori Lightfoot, said the Trump administration’s attacks on sanctuary cities in recent weeks had not eased the concerns of people in his community.

Zayas said that he has seen Immigration and Customs Enforcement officers in his Chicago neighborhood, and his congregants do not believe that the Census Bureau will not release their answers to the survey.

“We have a person in power who thinks they are above the law so that is where the fear comes in,” Zayas said.

Nelson Rivers, a minister from South Carolina, said that President Donald Trump’s effort to put a question about citizenship on the questionnaire shows that Trump cannot be trusted as an ally to marginalized communities. The question has been cited by critics as an indirect move to intimidate those who are not in the country legally.

“If you are black or Latino in America and you’re not paranoid, you need to question your sanity,” Rivers said.

Title 13 of the U.S. Code explicitly prohibits the use of personal information gathered from the Census, officials noted. The code only allows information to be used for statistical purposes, such as the racial, economic or education demographics of communities.

Tim Olson, associate director of field operations for the U.S. Census Bureau, said a person’s immigration status does not change the fact that they will be counted and their answers help influence funding for their neighborhood’s schools, roads and hospitals.

“The census is confidential,” Olson said. “It’s the truth, and we need our stakeholders to get that word out. Otherwise, people will be afraid to participate… It’s to every human being’s benefit in their community to be counted. Regardless of their citizenship status, it is really to their benefit.”