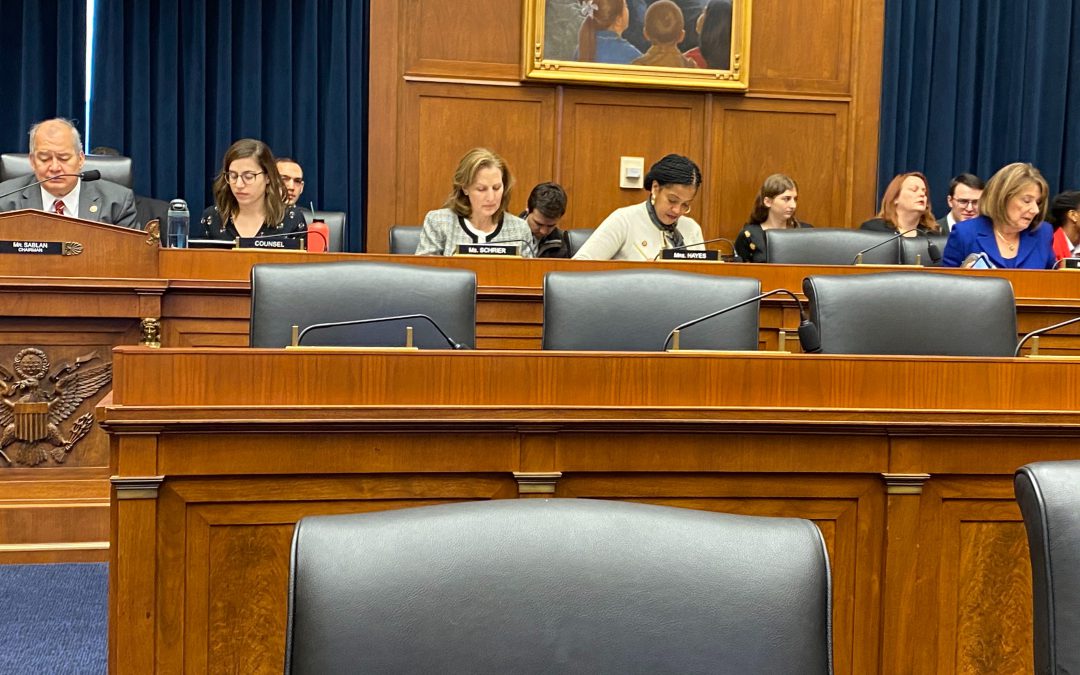 Childcare experts spoke before the House Subcommittee on Early Childhood, Elementary and Secondary Education, where they said more investment and subsidies are needed in childcare programs to help working families. (Gregory Svirnovskiy/MNS)

At the House Subcommittee on Early Childhood, Elementary and Secondary Education, policy experts advocated for federal subsidies for child care providers and caps on family payments for child care.

Last year, a report conducted by the Council for a Strong America, a bipartisan advocacy group, found that gaps in America’s child care system cost roughly $57 billion a year “in lost earnings, productivity and revenue.”

Taryn Morrissey, an associate professor at American University, said the high costs of early care programs make children from low-income families less likely to attend than other kids. She said the resulting differences in cognitive development perpetuate the income and achievement gap.

Democrats in Congress have proposed a bill that would place a cap on the amount working families pay for child care. No parents earning less than 150% of the median area income would have to pay over 7% of their annual income towards child care programs. Families earning under 70% of the area median income wouldn’t have to pay anything.

The bill would also raise the salaries of child care professionals to a living wage. The Economic Policy Institute, which studies ways to improve the lives of working and middle class families and has funding from labor unions, reported in 2015 that the average hourly salaries of child care workers are 23% less than those of workers in similar occupations. Child care workers are also less likely to receive benefits and pensions. Morrissey said these factors have led to high rates of professional turnover.

“As a result, too many children spend their days in mediocre or low quality care, or across a patchwork of arrangements, a missed opportunity for providing their school readiness, and their long term educational economic and health outcomes,” she said.

But Linda Smith, director of the bipartisan think tank Early Childhood Initiative, said the bill is a one size fits all solution that would leave out many low-income families. She said the majority of child care centers in America operate on a 9 a.m. to 5 p.m. schedule, failing to meet the needs of the roughly 50% of Americans whose hours don’t match up.

“I think that parents know their children best,” Smith said. “And all children don’t fit in one particular setting.”