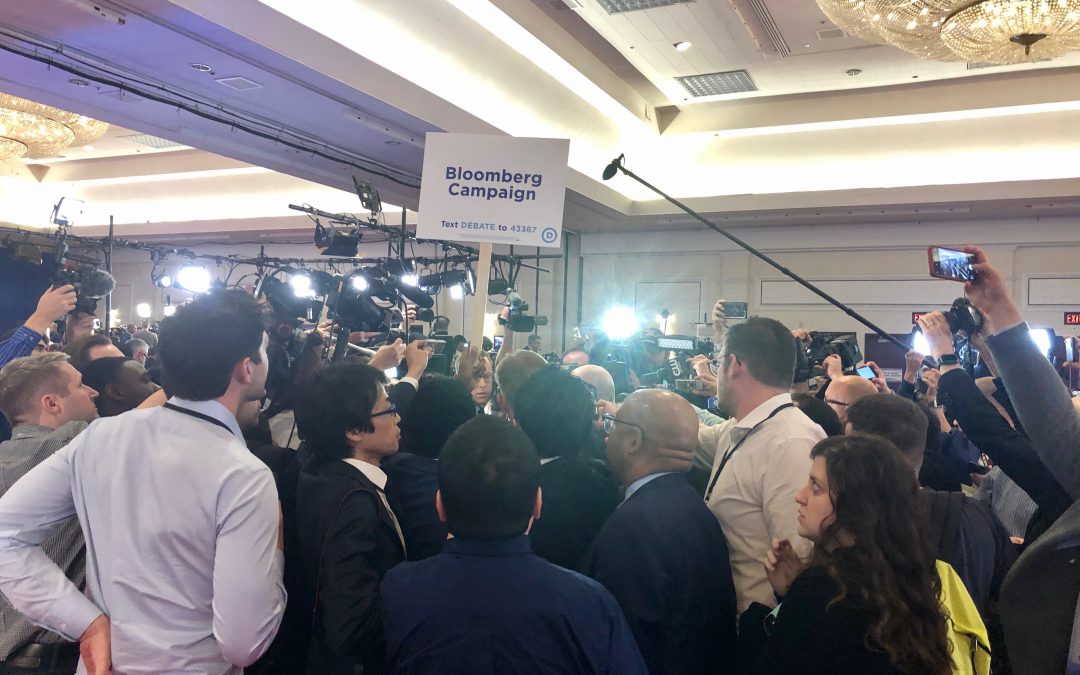 “I like to talk about who we’re running against, a billionaire who calls women fat broads and horse faced lesbians,” Sen. Elizabeth Warren said. “And no, I’m not talking about Donald Trump. I’m talking about Mayor Bloomberg.”

Pete Buttigieg urged voters to nominate someone “who’s actually a Democrat.” Warren accused Bloomberg of “willful ignorance.” And the ninth –and perhaps most contentious –Democratic debate of the primary race provided an early preview of what the coming months on the trail could look like.

Bloomberg is not running in Nevada, which will hold its caucuses Saturday, but qualified for Wednesday’s debate after the Democratic party eliminated the polling threshold necessary to qualify for earlier debates. Four national polls released Wednesday showed Bloomberg with double-digit support and placed him among the top-tier of candidates.

The New York billionaire was a clear target for the more progressive candidates on the stage. Warren and Sen. Bernie Sanders have spent much of their campaigns railing against billionaires. Bloomberg has unleashed his multi-billion-dollar fortune on the Democratic primary contest with hundreds of millions spent on advertisements and staffers across the country.

Bloomberg said he earned his money and has given it away to different causes and organizations –including the Democratic party.

“Fortunately, I make a lot of money,” Bloomberg said amid an exchange over when he will release his tax returns.

Bloomberg’s rivals peppered him on a number of issues, including his past support for his stop-and-frisk law in New York and previous allegations of misconduct against him and his company.

Bloomberg said his support for stop-and-frisk came in the midst of a high crime rate in New York City. He said it was the policy he was most “embarrassed about,” from his time as mayor.

“When I discovered that we were doing many, many, too many stop-and frisks, we cut 95% of it out,” Bloomberg said.

Warren pressed Bloomberg on multiple lawsuits that accuse him of making inappropriate remarks toward women in the 1990s. He downplayed the accusations and suggested they stemmed from some bad jokes he made.

“I’ve said we are not going to end these agreements because they were made consensually and they have the right to remain,” Bloomberg said.