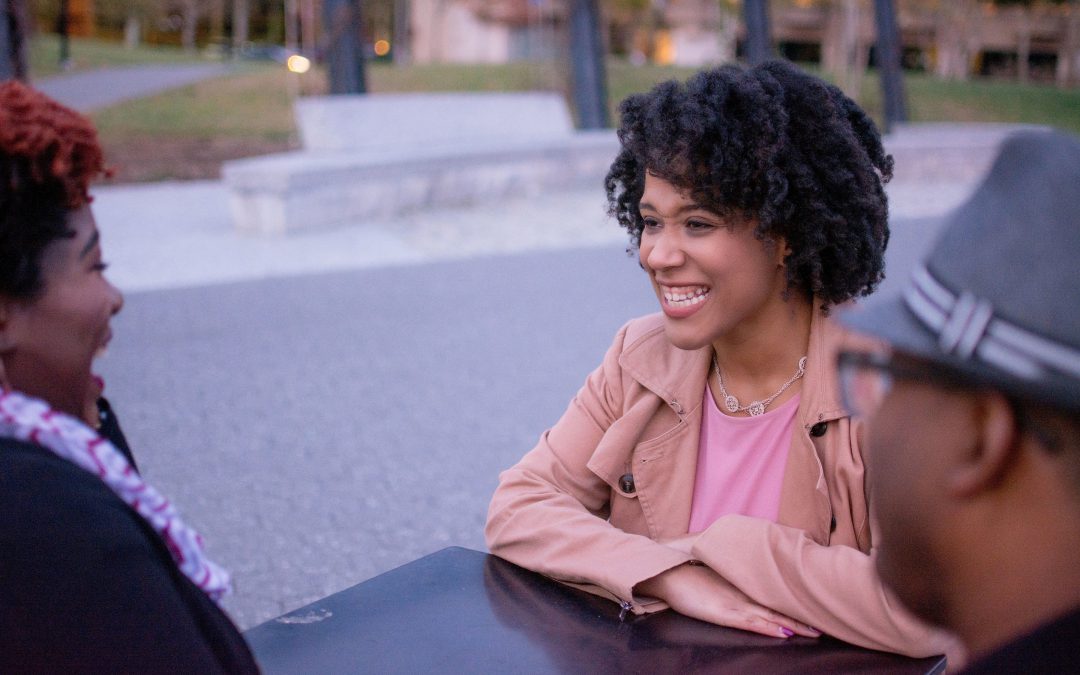 Doula Samantha Griffin meets with a family for perinatal counseling. Griffin entered the field of birth work to help women of color during childbirth.

WASHINGTON—Samantha Griffin became a doula six years ago to try to ensure that women of color made it through childbirth because black women account for one-third of the 700 women who die each year from a pregnancy-related complication.

“If you go out every day in the world expecting racism, not because you’re crazy but because it’s true, that stress over time impacts your system,” said Griffin.

Griffin had heard stories of terrifying birth experiences from the women she worked with in nonprofits and decided to switch careers so she could help reduce the difficulties black women were experiencing.

In 2016, a Centers for Disease Control and Prevention study reported 41 in 100,000 black women died due to pregnancy-related causes compared with 13 in 100,000 white women, and those numbers aren’t getting any better.

Hemorrhage, embolism and hypertension are some of the main causes of pregnancy-related deaths reported by March of Dimes, but a number of experts say black women also face a physical toll caused by structural racism.

Griffin said the combination of anticipating racism and the stress of carrying a baby for nine months can lead to high levels of preeclampsia, a complication of high blood pressure that can limit blood flow to the unborn baby. This is not limited to the low-income black women she began her career working with, but also the educated middle-class black women she works with now at DC Metro Maternity who often have planned their pregnancies.

A study conducted by the Proceedings of the National Academy of Sciences examined why black men and women are undertreated for pain compared with white Americans. The study found that white medical students and residents who believed there to be biological differences between black and white people in pain reception treated black patients with less accurate remedies for pain.

“If you’re concerned about whether your health care provider believes you, then you’re less likely to be open with them and tell them what you need,” Griffin said. That concern is one reason her clients are turning to doulas.

A nurse didn’t believe Arnold’s client was in pain. The nurse told the black woman patient that “It’s childbirth; it’s going to be uncomfortable” and denied her request for an epidural. Arnold had to step in to ensure her client got the epidural.

For such situations to be fixed, Arnold said, medical professionals must look at patients as individuals.

Midwife Aza Nedhari found the training she received when entering birth work to be inadequate and culturally irrelevant to the communities she wanted to serve. As a result she opened Mamatoto’s Village, a birthing center on the northwest side of Washington.

Mamatoto’s Village provides perinatal health worker training for black women that teaches them how to navigate reproductive justice for other black women. The center also offers labor support services for expectant women that include birth plan coaching and on-call support.

Nedhari wanted to help ensure that she and the other birth workers help pregnant women offset social determinants like lack of education and poverty and get proper pre- and post-natal care.

“It’s understanding what are policies, what are institutions that might have been set up that directly impact a pregnant person’s ability to have a healthy pregnancy,” Nedhari said.

All women who take part in Mamtoto services are also given a postpartum depression screening two weeks after birth.

Postpartum care is crucial in combating maternal mortality because pregnancy-related deaths can happen up to a year after birth, even though the suggested recovery time is only six weeks. The CDC estimates that 60% of all maternal deaths are preventable with proper care.

As a postpartum doula, Arnold often picks up on these signs before the depression becomes too severe. Arnold said after birth women are given the advice that “once you’ve had the baby, it’s no longer about you,” which is why they are not always getting the care they need.

“We live in a culture where it’s all about your children,” Arnold said. “While that is important, maternal health and well-being is important as well.”