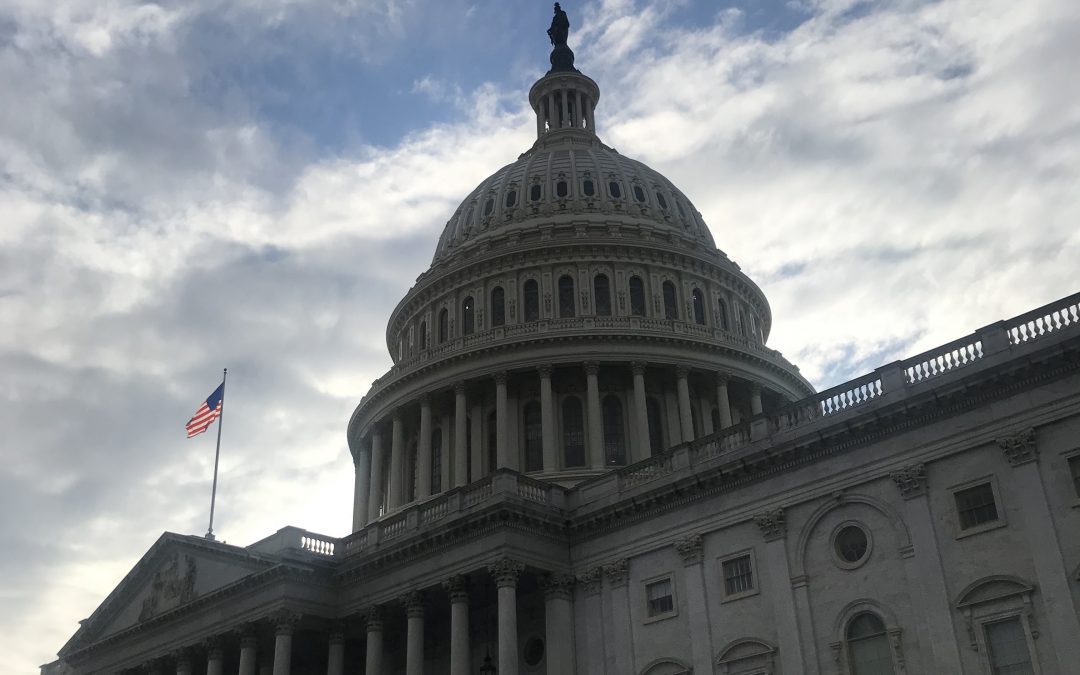 WASHINGTON — After a mere two hours, President Donald Trump’s defense team concluded their first day of oral arguments in the Senate impeachment trial. The lawyers said they do not believe Democrats met the burden of proof and neglected to cite certain key pieces of evidence which would undermine their case.

The charges against Trump — obstruction of justice and abuse of power — stem from allegations that he withheld military aid in order to persuade Ukraine to investigate Hunter Biden, 2020 Democratic candidate Joe Biden’s son, and then refused to provide documents and prohibited aides from appearing before the House impeachment committees.

On the fourth day of arguments in the Senate impeachment trial, Trump’s legal defense team took over from House democratic impeachment managers, who had spent the first three days outlining their case against the president. The president’s team focused on specific parts of transcripts of Trump’s July 25 call with Ukranian President Volodymyr Zelensky, claiming that Democrats largely ignored certain sections during their oral arguments. Transcripts “show the President did not condition either security assistance or a meeting on anything,” said White House Deputy Counsel Mike Purpura.

“The pause on security assistance funds aren’t even mentioned on the call,” Purpura said.

Purpura also disputed the House impeachment managers’ argument that Trump engaged in a quid pro quo. He said Ukrainians did not know security assistance was paused until they read about it in a Politico article published on Aug. 28, over a month after the July 25 call.

In a news conference after the oral arguments, House impeachment manager Adam Schiff,  D-Calif., contested Trump’s lawyers’ argument that the July 25 transcripts do not show the two leaders making a true reference to a quid pro quo scheme and security assistance. Schiff said an explicit reference to how the deal “is supposed to work” should not be expected, because “that’s not what you generally see in a shakedown scheme.”

When referencing the phone call transcripts, Schiff said the legal defense buried relevant information Trump said after Zelensky brought up a desire to buy anti-tank missiles called javelins, the “most important weapons,” from the United States. In the very next sentence of the call, Trump said, “But I want you to do us a favor, though.”

“Where does Trump go?” Schiff said. “‘But I want you to do us a favor, though,’ so he goes right towards the favor. They would argue there’s no link between military support because he didn’t say ‘I’m extorting you,’ but instead moved right to the favor he wanted after Zelensky brings up the javelins, the most important military aid they acknowledged today.”

“[The impeachment managers] don’t bother to read the key evidence of the discussion of burden sharing that’s in the call itself,” Cipollone said.

However, one day after Trump’s phone call with Zelensky, Trump called Sondland to ask if Zelensky would investigate Hunter Biden, according to a diplomat who overheard portions of the conversation. In testimony from November, Sondland said that parts of the diplomat’s account were likely true.

Democrats contested the legal defense with another plea for Republicans to support allowing witnesses and documents in the trial.

They argued that Republicans cannot say Democrats are not meeting the burden of proof, then push to suppress new witnesses and documents to be admitted as evidence.

A majority of senators is needed to vote in favor of allowing witnesses and documents. Democrats need four Republicans to vote “yes” to reach 51. A handful of Republicans have said or alluded to being open to hearing from witnesses, including Sens. Susan Collins of Maine, Mitt Romney of Utah, and Lisa Murkowski of Alaska.

The trial will reconvene on Monday at 1 p.m.