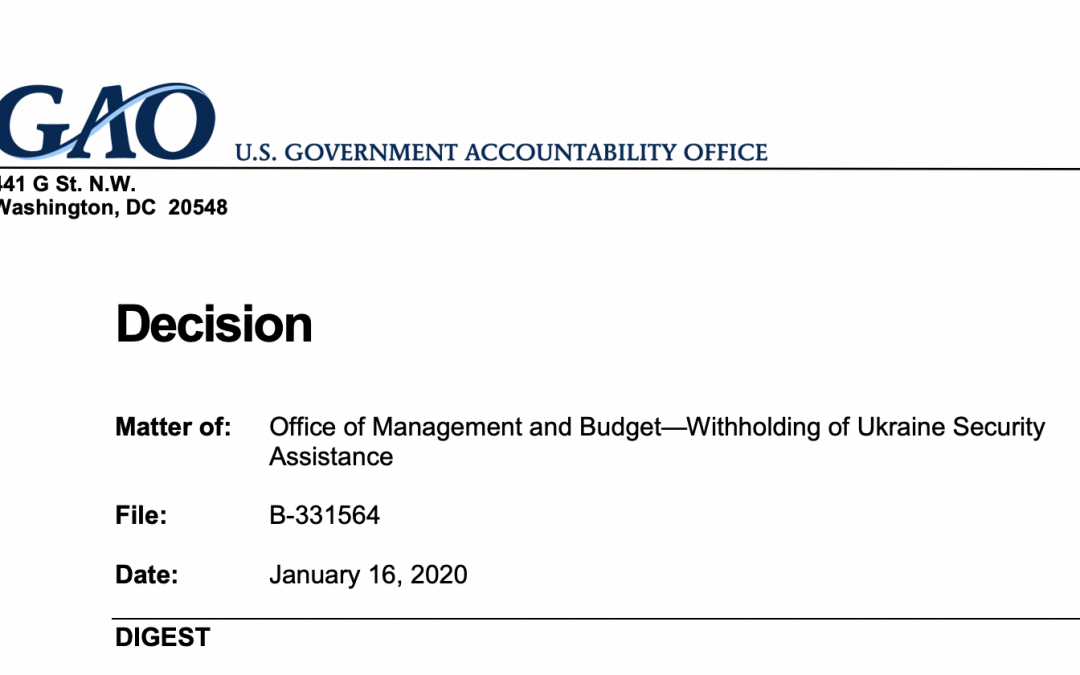 WASHINGTON — The Trump administration broke the law when it withheld funds for assistance to Ukraine to further his own interests or policy priorities, according to a report released Thursday by the Government Accountability Office that deals with one of the two impeachment charges against President Donald Trump.

“Faithful execution of the law does not permit the President to substitute his own policy priorities for those that Congress has enacted into law,” the document reads.

Sen. Kamala Harris, D- Calif., praised the work of her Democratic colleague Sen. Chris Van Hollen of Maryland, who originally requested the GAO analysis of the legality of Trump’s decision to withhold money appropriated by Congress for Ukraine.

“This is about integrity of government,” Harris said. “It’s agencies and institutions, and clearly that report is about everyone knowing that there should be oversight and accountability.”

According to the GAO, the administration specifically violated the Impoundment Control Act, legislation designed to affirm Congress’ “power of the purse” — the ability to appropriate government funds.

“We’re probably talking about some legalese here as opposed to some kind of bombshell,” Johnson, chairman of the Committee on Homeland Security and Governmental Affairs, said. “Sounds to me like a sort of small legal matter.”

The report, one of multiple documents that have been brought forth regarding the president’s actions in Ukraine for personal political gains, comes the same day as senators were sworn in as jurors in the president’s impeachment trial.

Harris remained skeptical of the impact the document would have on her Republican colleagues during the impeachment trial.