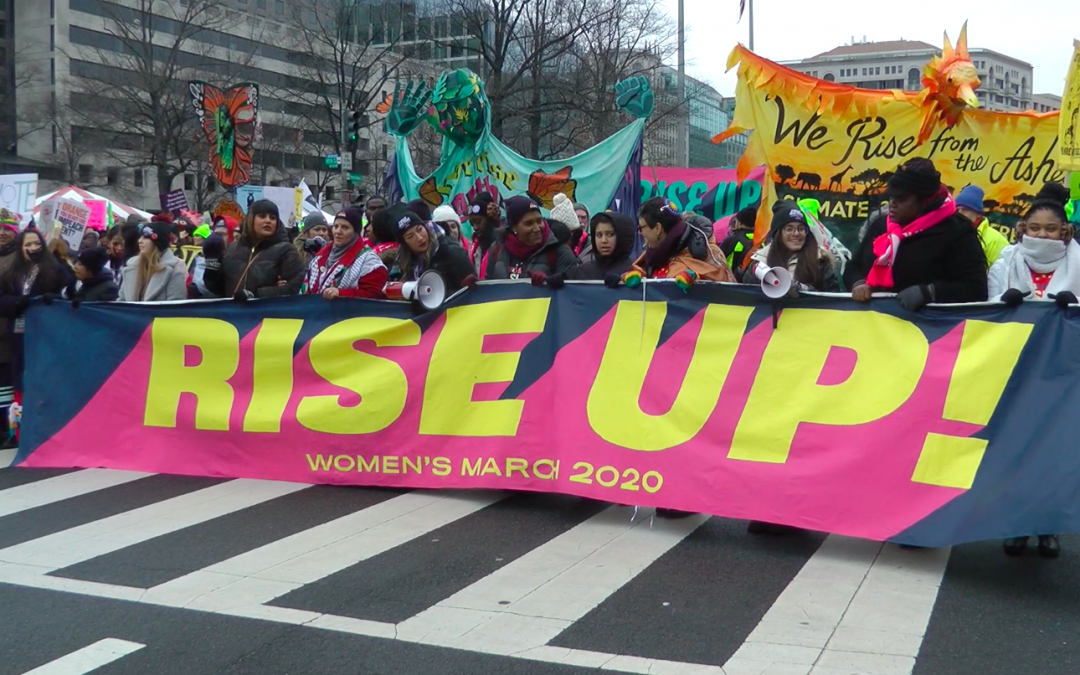 WASHINGTON — Near freezing temperatures, rain and snow failed to prevent thousands of protesters from gathering in Freedom Plaza on Saturday morning and in several other locations across the country for the fourth annual Women’s March.

On the first full day of President Donald Trump’s presidency, the first Women’s March drew hundreds of thousands of women to Washington to call attention to what they said was the administration’s threat to reproductive, civil and human rights. This year, the front-line fight was for nonbinary rights.

“Gender is something that is constantly changing,” said Women’s March Executive Board Member Isa Noyola. “Laws need to keep up with the ways that our society is shifting and in the ways that we’re thinking about gender nonconforming folks.”

Noyola identifies as a translatina woman. She was born a male of Hispanic descent and transitioned into a female. The California native works to dismantle the laws that discriminate against trans and queer immigrant communities of color.

As deputy director of Mijente, a political coalition for Latinx and Chicanx communities, she works for the release of transgender women from ICE detention and to prevent violence against underrepresented communities.

Last year, the FBI reported an increase in hate crimes against lesbian, gay, bisexual and transgender people since 2017.

“Violence in the way that it manifests for trans women is really gruesome,” Noyola said.

According to the Human Rights Campaign, at least 22 transgender or gender nonconforming people were shot or killed in 2019, the majority of them transgender women of color.

In his first 100 days of office, Trump rescinded protections for transgender students that would allow them to use bathrooms corresponding to their gender identity.

Last March, the Defense Department established a new policy requiring those who identify as transgender in the U.S. military to use the pronouns, uniforms, bathrooms and sleeping facilities for their biological sex.

“Rights are not binary,” said Washington resident Corina, who said she doesn’t use a last name. “Gender is a spectrum and people get to express who they are however they want, no matter what chromosomes they were born with.”

Advocates of transgender and nonbinary rights support a century-old alteration to the Constitution, the Equal Rights Amendment.

The ERA was first proposed in 1923 to guarantee equal legal rights for all Americans regardless of sex. After being reintroduced and then approved by Congress in 1972, the ratification deadline for state legislatures was set to1982. Thirty-five states passed by that year, and three more have since ratified it, most recently Virginia earlier this month.