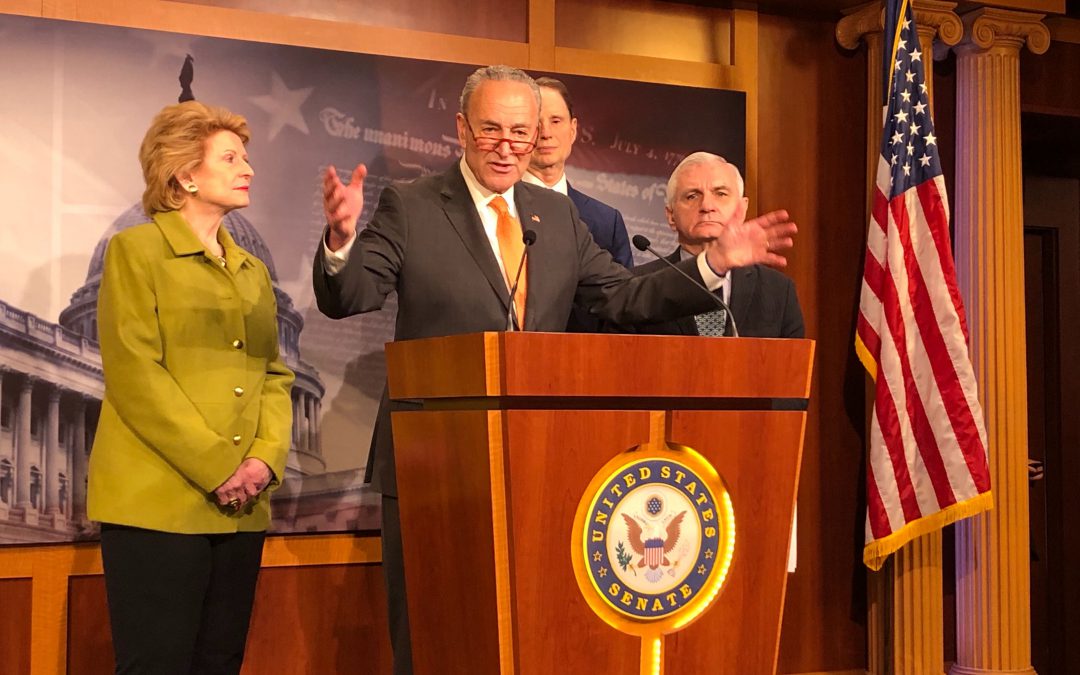 The New York Times reported late Sunday that former national security advisor John Bolton’s new book will say Trump directed Bolton to continue freezing U.S. military aid to Ukraine until it complied with Trump’s request to announce investigations his political rivals.The report is central to the first article of impeachment, abuse of power, and added credibility to Democrats’ calls for witnesses in the trial, Schumer said.

“The bottom line remains: It is on the shoulders of four Republican senators to ensure that John Bolton, (White House acting Chief of Staff) Mick Mulvaney and the others with direct knowledge of the president’s actions testify in the Senate trial,” Schumer said at a news conference.

Before the trial began, Schumer introduced a number of amendments that would have required new evidence be allowed for the trial, including subpoenas for Bolton and Mulvaney to testify. Those amendments failed along party lines. Schumer accused Trump of“absolute obstruction” and said both Presidents Richard Nixon, who resigned before he was impeached, and Bill Clinton, who was acquitted of impeachment charges in a Senate trial, allowed witnesses to testify.

The president’s defense will finish its opening arguments later Tuesday. Senators will then have 16 hours to pose written questions.

The rules package approved at the outset of the trial states the Senate will vote on witnesses after the question period.

“If you vote with the White House to suppress and cover up evidence, the odds are strong that the truth will eventually come out,” Schumer said.