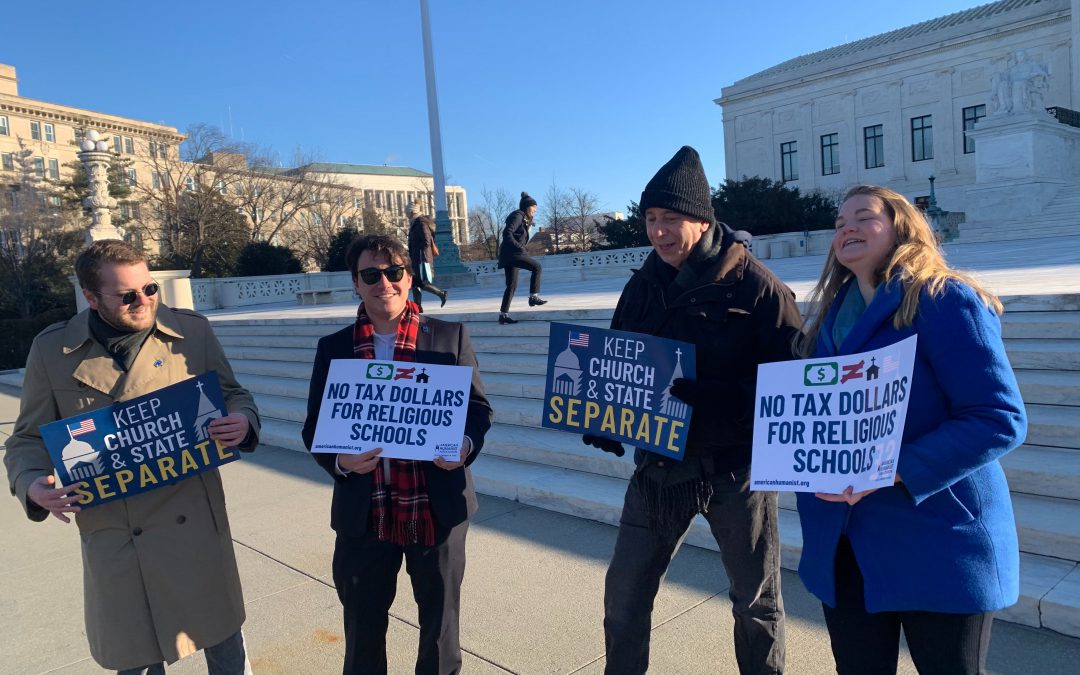 The case, Espinoza v. Montana Department of Revenue, concerns Kendra Espinoza and two other mothers whose children attended a nondenominational Christian school. In past years, they had received a $150 state tax credit toward the private school tuition, but the Montana Department of Revenue decided that the scholarship program would no longer apply to religious schools after the current school year.

Lawyers for the mothers argued that because nearly all of the tax credits went to tuition for children attending religious schools, the state Supreme Court decision amounted to discrimination on the basis of religion and violated the Equal Protection and Establishment Clauses of the Constitution, which bar the government from discriminating against certain people or favoring a certain religion.

Richard Komer, counsel for the three mothers, also said the tax credits were given to the parents, not directly to religiously affiliated schools. That means Montana discriminated against the parents based on their religious beliefs, Komer said.

Thirty-eight states have constitutional provisions barring the allocation of government funds to religious schools that could be challenged if the court agrees with the plaintiffs.

Justice Brett Kavanaugh raised concerns that these provisions are so-called “Blaine Amendments,” enacted to discriminate against Roman Catholics in the 19th century.

Espinoza’s lawyers and several of the justices also compared the situation to what they saw as a clearer violation of the Equal Protection Clause — differences in funding on the basis of race.

“If the court had shut down the program because it included Muslim schools or African-American schools, there’s no question that would be unconstitutional,” said Jeffrey Wall, principal deputy U.S. solicitor general, who spoke in support of the mothers.

However, the lawyer for Montana said the state did not end the program on the basis of discrimination against religious people.

Unikowsky also disputed the idea that race and religion could be thought about in the same way with regard to discrimination.

“The Equal Protection Clause embodies a judgment that race is never, ever a permissible criterion in any government decision-making at all… and I don’t think the rule is the same in religion,” he said.