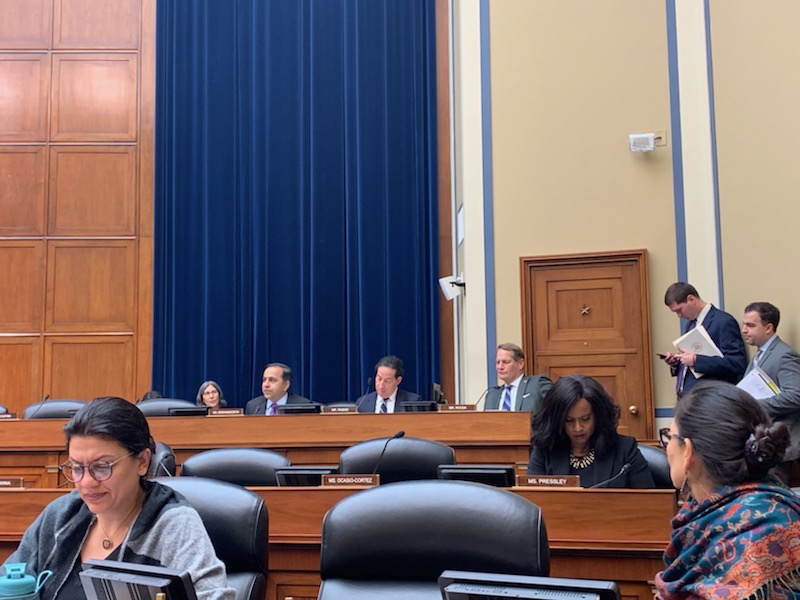 WASHINGTON — The 2020 census could undercount hard-to-reach populations because it will be the first to be completed largely online and the Trump administration’s failed attempt to add a citizenship question may scare away immigrants, especially those who are undocumented, civil rights and minority groups said Thursday.

The House Oversight and Reform Committee also was told the underfunding of the Census Bureau could lead to undercounting.

National Urban League President Marc Morial told the committee that the Census Bureau had to delay the hiring of enumerators and testing of the online system. The 2020 Census counting begins on Jan. 21 in Alaska and on April 1 for the rest of the country.

“Get to the bottom line of where they are in the hiring of the enumerators,” Morial told the committee. “Sixty percent of African Americans are going to rely on the door knocker … and 40 to 50 percent of the general population.”

The Constitution requires every person living in America to be counted. The Census Bureau, however, has historically undercounted immigrants, children, communities of color and homeless people.

“A fair and accurate census … is the bedrock of our democracy,” said Vanita Gupta, president of The Leadership Conference on Civil and Human Rights. “When your constituents are not counted in the census, they remain unaccounted for 10 years. There are no do-overs.”

Census results will determine the redistricting of House of Representatives seats and the allocation of $1.5 trillion in federal funding.

The 2020 Census will be the first to be completed largely online. Rural residents with poor Internet access and older Americans with low digital fluency are now newly vulnerable to being undercounted. Households also may not participate due to data confidentiality concerns, according to Gupta.

“The Bureau has to meet the challenges of the first high-tech census by ensuring IT readiness and addressing the digital divide, cyberattacks and disinformation campaigns,” she said.

In August, the Supreme Court permanently blocked the Trump administration from adding a citizenship question to the census. Still, residents of varying immigration statuses are afraid to fill out the census, said National Association of Latino Elected Officials leader Arturo Vargas.

Vargas said “trusted messengers” in local communities are needed to “convince their constituents that participating in the census is safe and confidential and any perceived risk is outweighed by the damage by not participating.”

But Ohio Rep. Jim Jordan, the top Republican on the committee, continued to criticize the lack of a citizenship question. Jordan stressed the necessity of collecting such information. Vargas countered that the American Community Survey, also conducted by the Census Bureau, was a more appropriate tool to collect information regarding citizenship.