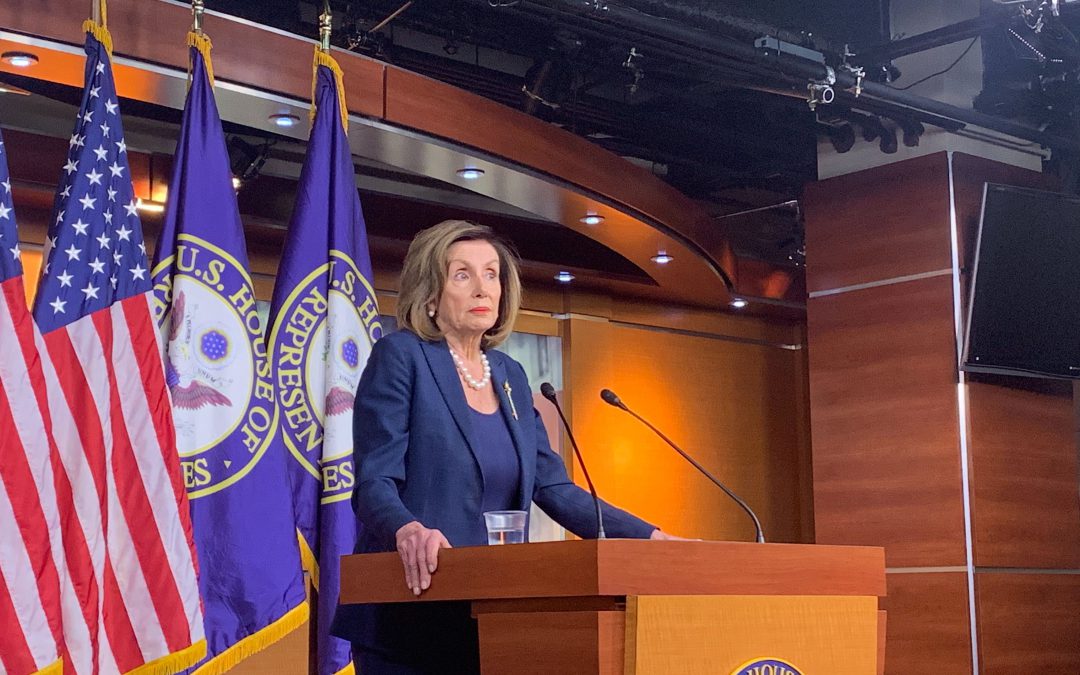 WASHINGTON – House Speaker Nancy Pelosi on Thursday said new information related to the impeachment charges against President Donald Trump is evidence of “this tangled web to deceive that the administration has engaged in.”

“Every day that we’re involved in this impeachment is a sad day for America,” Pelosi said.

“No future president would ever think that she or he could get away with what President Trump has been getting away with,” Pelosi said. 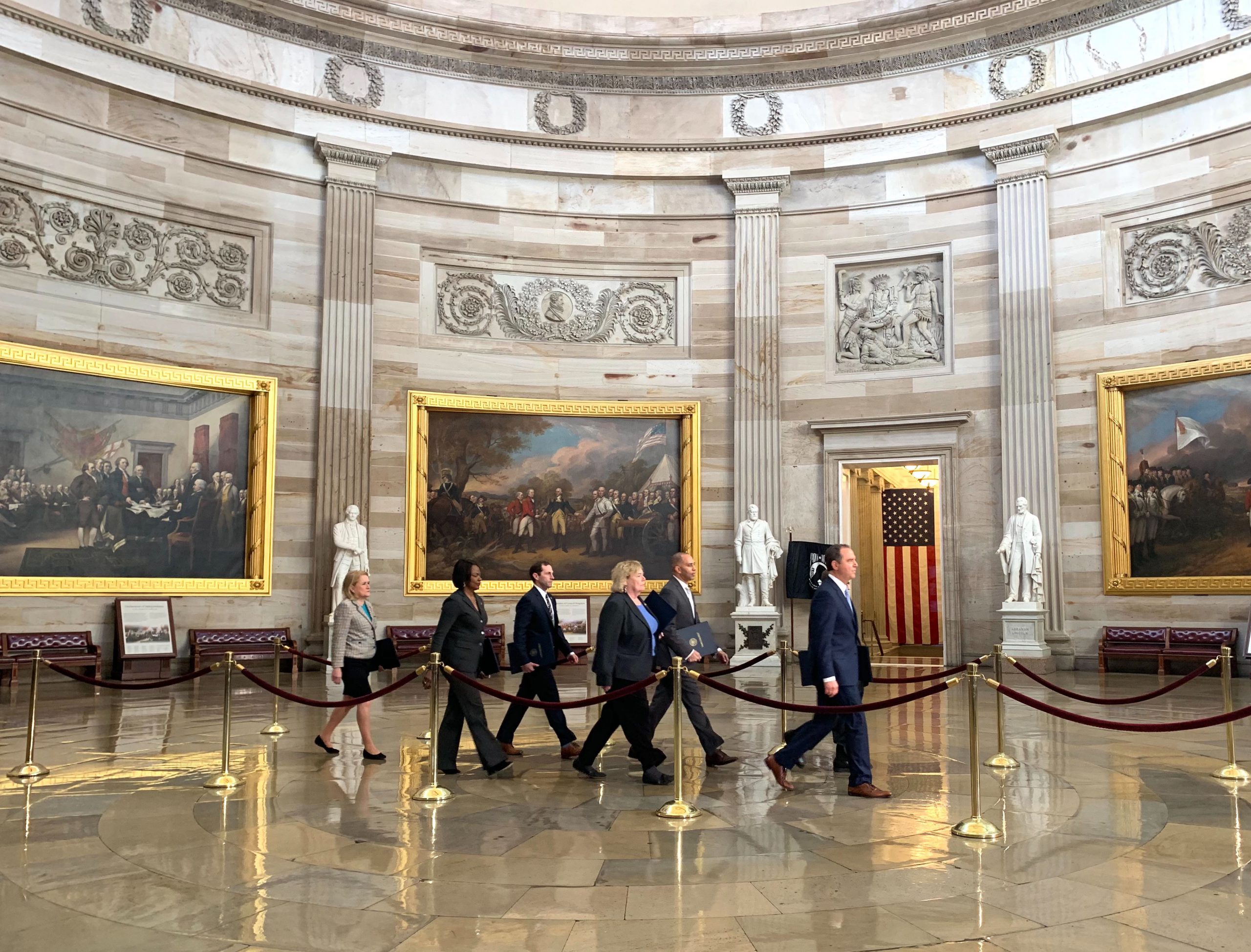 The seven impeachment managers about to enter the Senate chambers to deliver the articles. (Sneha Dey/MNS)

Lev Parnas, a former associate of Trump attorney Rudy Guliani, told MSNBC’s Rachel Maddow that Trump was aware of his actions in Ukraine.

Pelosi said Republicans who fail to acknowledge allegations by Lev Parnas are “avoiding the facts and truth.”

After Pelosi’s press conference, Minority Leader Kevin McCarthy appeared before reporters, who questioned him about his relations with Parnas, has donated thousands of dollars to McCarthy’s campaign.

“I do not know the man… I learned from the media that he provided money,” McCarthy said. “Of learning of that information, we gave that (money) to charity.”