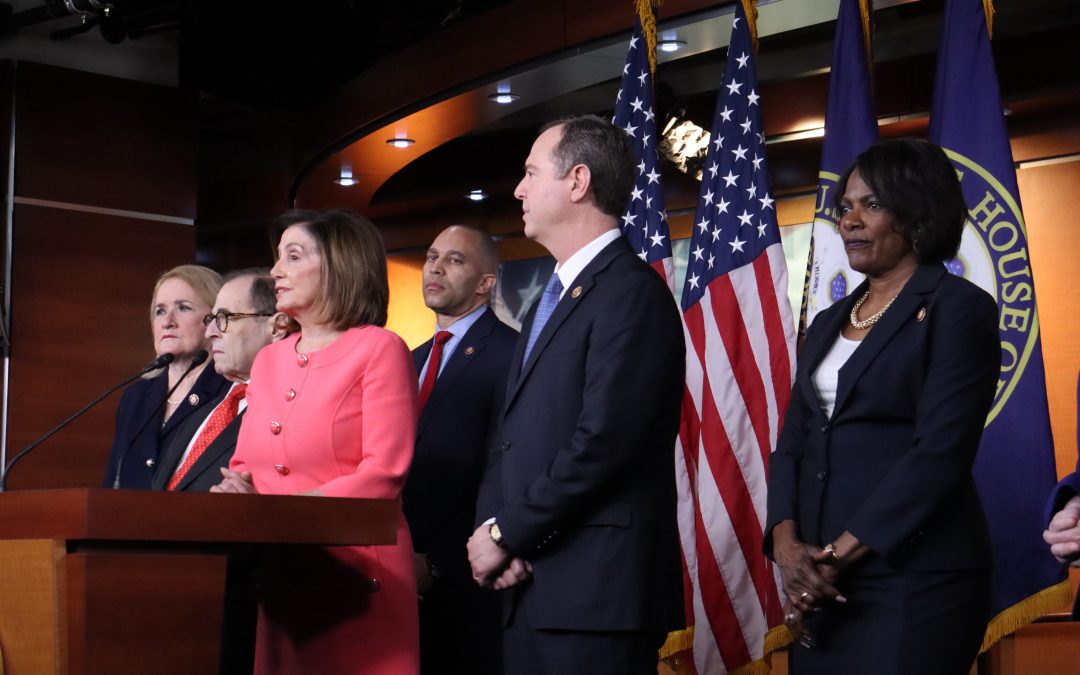 “Time has been our friend in all of this because it has yielded incriminating evidence, more truth into the public domain,” Pelosi said.

“Here we go again, another Con Job by the Do Nothing Democrats. All of this work was supposed to be done by the House, not the Senate!” the president wrote.

How long they will have to do that will depend on rules expected to be finalized by the Senate on Tuesday. After the House on Dec. 18 passed two articles of impeachment against President Trump, Pelosi declined to send the articles to the Senate, a move Majority Leader Mitch McConnell has criticized as being politically motivated.

Schiff defended the decision on Wednesday, saying McConnell — who has said he’s “not an impartial juror” — made it clear he didn’t want a “fair trial” in the Senate.

“We could have waited years to get further testimony from all the people the President has been obstructing,” Schiff said. “But essentially that would negate the impeachment power.”

Democrats have continued to urge Republican Senators to allow more witnesses to testify in the Senate trial.

John Bolton, previously blocked by President Trump from testifying in the House impeachment investigation, said on Jan. 6 he would comply if issued a subpoena to testify in the Senate trial.

Since the House approved the articles of impeachment in December, more information about potential witnesses and documents has emerged.

Pelosi highlighted some of the evidence Wednesday, citing emails released by the Pentagon on Dec. 20 that show about 90 minutes after President Trump’s July phone call with President Volodymyr Zelenksy of Ukraine, the White House budget office had ordered the Pentagon to suspend previously allocated military aide to the U.S. ally.

Schiff and Nadler were prominent figures in the impeachment process as chairmen of their respective committees.

Schiff garnered national attention as the chair of the House Intelligence Committee, where he led the investigation into Trump’s dealings with Ukraine that eventually led to the articles of impeachment.

Nadler’s House Judiciary Committee drafted and approved the articles of impeachment before they went to the full House.

Jeffries, chair of the House Democratic Caucus, is an “accomplished litigator,” Pelosi said.