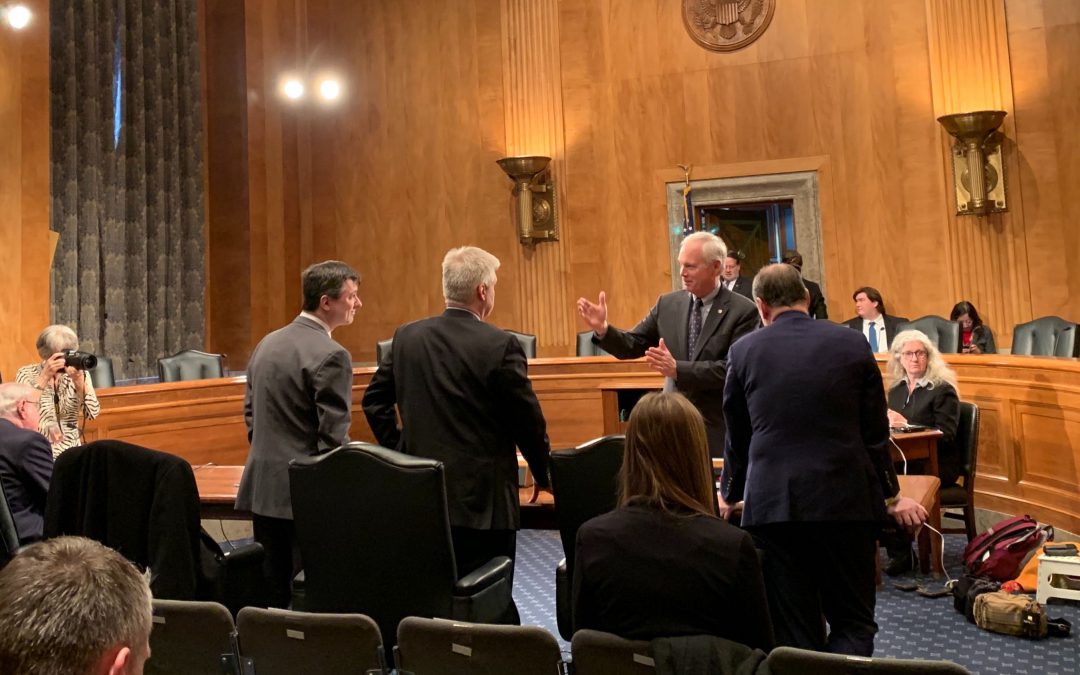 WASHINGTON — A general sense of urgency overshadowed policy details at a Republican-led Senate hearing Tuesday about the rising costs of Social Security and Medicare.

The Homeland Security and Governmental Affairs Committee considered how to reconcile the government’s obligation to its aging population with a deficit that will reach $1 trillion this year, according to a report released Tuesday by the Congressional Budget Office.

“It’s just not smart to be running up trillion dollar deficits,” Committee Chairman Sen. Ron Johnson, R-Wis., said. “I don’t know what point in time that bomb goes off, but it’s not going to be pleasant.”

Sen. Mitt Romney, R-Utah, has introduced a bill that would mandate the creation of bipartisan “rescue committees” to work on funding issues for Social Security, Medicare and deteriorating highway systems. The committees would submit legislation that would be voted on in the House and Senate under expedited procedures.

The consequences of inaction are “severe,” Romney said.

“We’ll either have to raise taxes like crazy, which would clearly impact the economy, or cut benefits for our seniors,” he said. “That’s unacceptable.”

Henry J. Aaron, a senior fellow at the Brookings Institution, emphasized the need for long-term solutions to social problems, rather than an immediate obligation to fix the deficit through rescue committees.

“I don’t think the instrumentality that (Romney) is proposing is well-designed to get the kind of debate that has to occur,” Aaron said after the hearing.

The National Committee to Preserve Social Security and Medicare issued a statement that took particular issue with the expedited process for legislation under Romney’s bill.

The rescue committee legislation would “circumvent a deliberative and regular order process, limiting the participation of Social Security and Medicare stakeholders and advocates in the debate” by bypassing the House and Senate committees that deal with funding, the statement read.

Instead, they advocated for another bill: The Social Security 2100 Act, which was cosponsored by 208 Democrats in the House. Rather than providing an outline to create solutions to funding Medicare and Social Security without increasing the deficit, the bill increases benefits.

Sen. Gary Peters of Michigan, the top Democrat on the committee, has “serious concerns” about Romney’s bill, an aide said.

However, Congress needs “common sense, bipartisan solutions that will preserve Medicare and Social Security,” Peters said at the hearing. “American workers have literally spent their whole lives working toward these programs.”