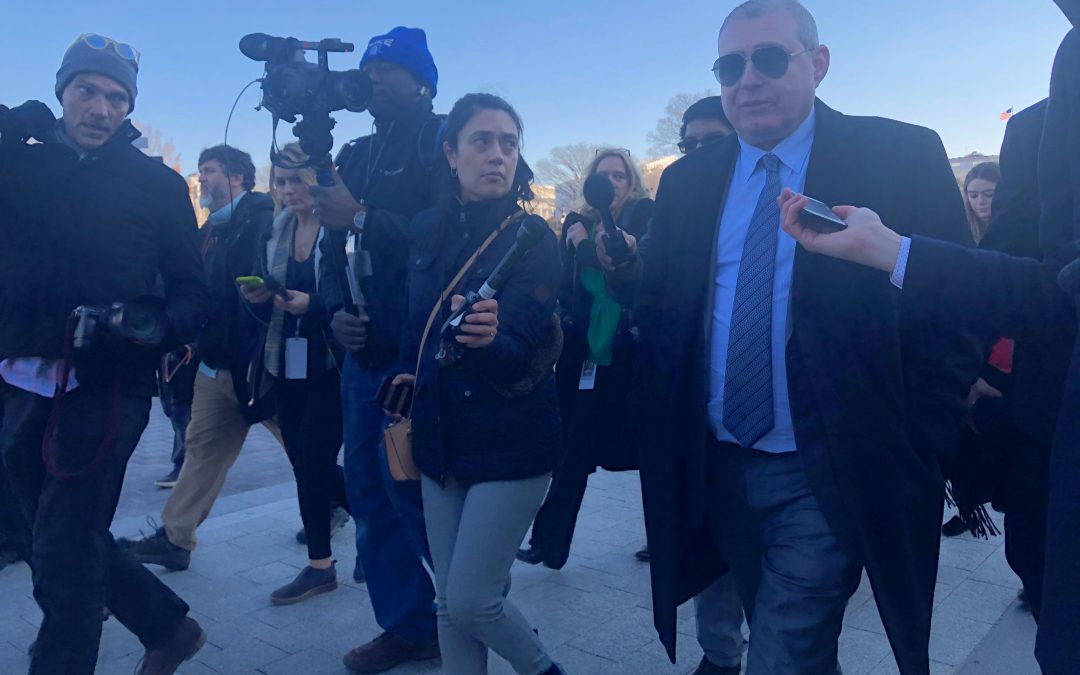 WASHINGTON — As senators got their first chance to question House managers and President Donald Trump’s lawyers Wednesday, Lev Parnas, a former associate of Rudy Giuliani, told reporters in the Capitol that Republican senators are rushing through the Senate impeachment trial because they know more damning evidence implicating President Donald Trump may be released.

Republican Sen. “Lindsey Graham knows a lot more than he’s willing to say and that’s why he’s rushing through this,” said Parnas.

Parnas said he came to the Capitol Wednesday to make the case for witnesses to be called in the Senate impeachment trial and to urge senators to extend the trial.

According to Parnas, he worked with Giulani, Trump’s personal lawyer and Trump on the Ukraine side of the dealings. If he is called as a witness, Parnas said he will be able to prove Trump knew exactly what was going on with Ukraine, that he did withhold aid to get Ukrainian officials to try to find incriminating information on Hunter Biden.

“There is a lot that’s gonna come out if they call me as a witness, and we will validate it, and we will show it and we will prove it because we have text messages,” he said.

Parnas also told reporters that Sen. Ron Johnson, R-Wis., may be implicated in the Ukraine scandal.

Parnas said that Johnson is a good friend of Victoria Toensing, a Trump-aligned lawyer who is associated with the effort to remove then-U.S. ambassador to Ukraine Marie Yovanovitch. Johnson communicated with Toensing before he traveled to the Ukraine, according to Parnas.

Earlier Wednesday, Parnas attempted to watch the impeachment trial in person. He received a Senate gallery pass from the office of Senate Minority Leader Chuck Schumer, D-N.Y., said a Schumer spokesman. But, Senate security officials did not allow him in the gallery due to his court-ordered electronic ankle monitor.

Parnas was indicted in October on charges of funneling hundreds of thousands of dollars in foreign money to U.S. political candidates to gain election influence. “I will be vindicated at the end, the truth will come out,” said Parnas.