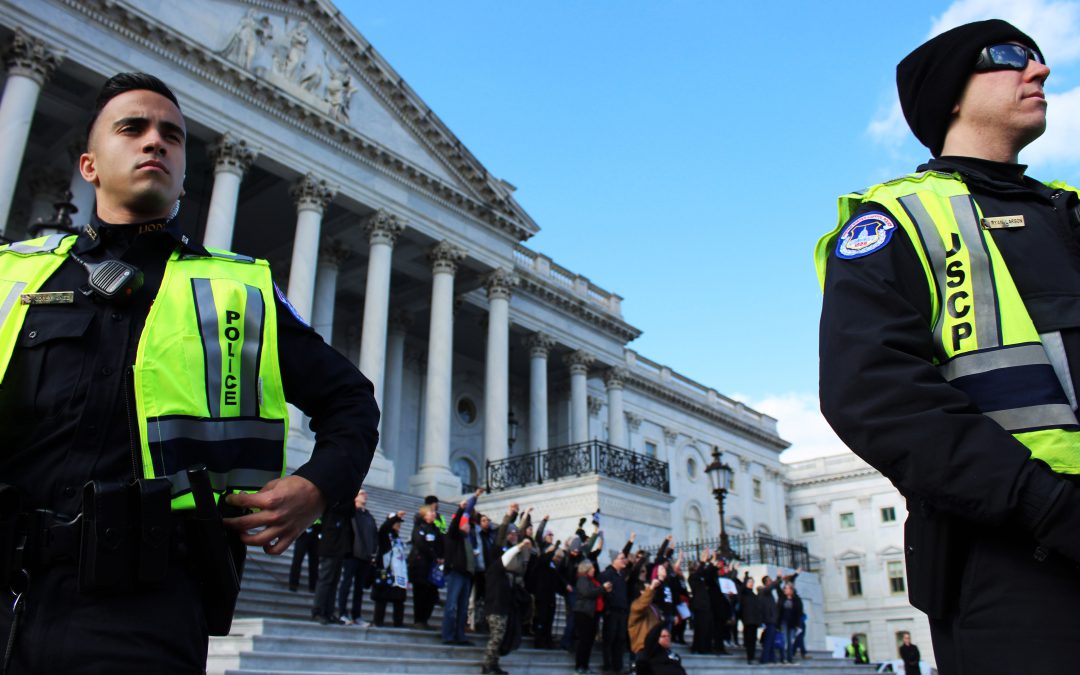 Capitol police hold back protesters from ascending the steps. Those who don't comply are subject to arrest (Angelina Campanile/MNS)

Leaks of former National Security Advisor John Bolton’s upcoming book Sunday increased the demand for Bolton and other witnesses to testify because the manuscript supports the Democrats’ argument that Trump withheld military aid from Ukraine until it agreed to investigate Hunter Biden, son of Democratic presidential contender Joe Biden. A majority of senators is required to vote in favor of hearing from witnesses and admitting documents, but many Republican senators have already said they have no interest admitting new evidence.

The activists first converged in the Hart Senate Building, where they silently marched around the central atrium. Capitol police formed a line across the space, disrupting the protest and forcing the participants outside.

The group stopped traffic as protesters crossed the street from the Senate office buildings to the Supreme Court. Those leading the march held up a banner that read “REMOVE TRUMP” and repeatedly chanted “NO MORE COVER-UP, WE WANT WITNESSES.” Outside the Supreme Court, they called on Chief Justice John Roberts, who is currently presiding over the Senate trial, to subpoena witnesses.

Participants were permitted to ascend the first few steps of the Capitol to take a picture. After a few short moments, Capitol police said anyone who remained on the steps would be subject to arrest.

As the police line pushed back the majority of the crowd, more than 40 people held their ground on the steps. They were arrested following the protest. 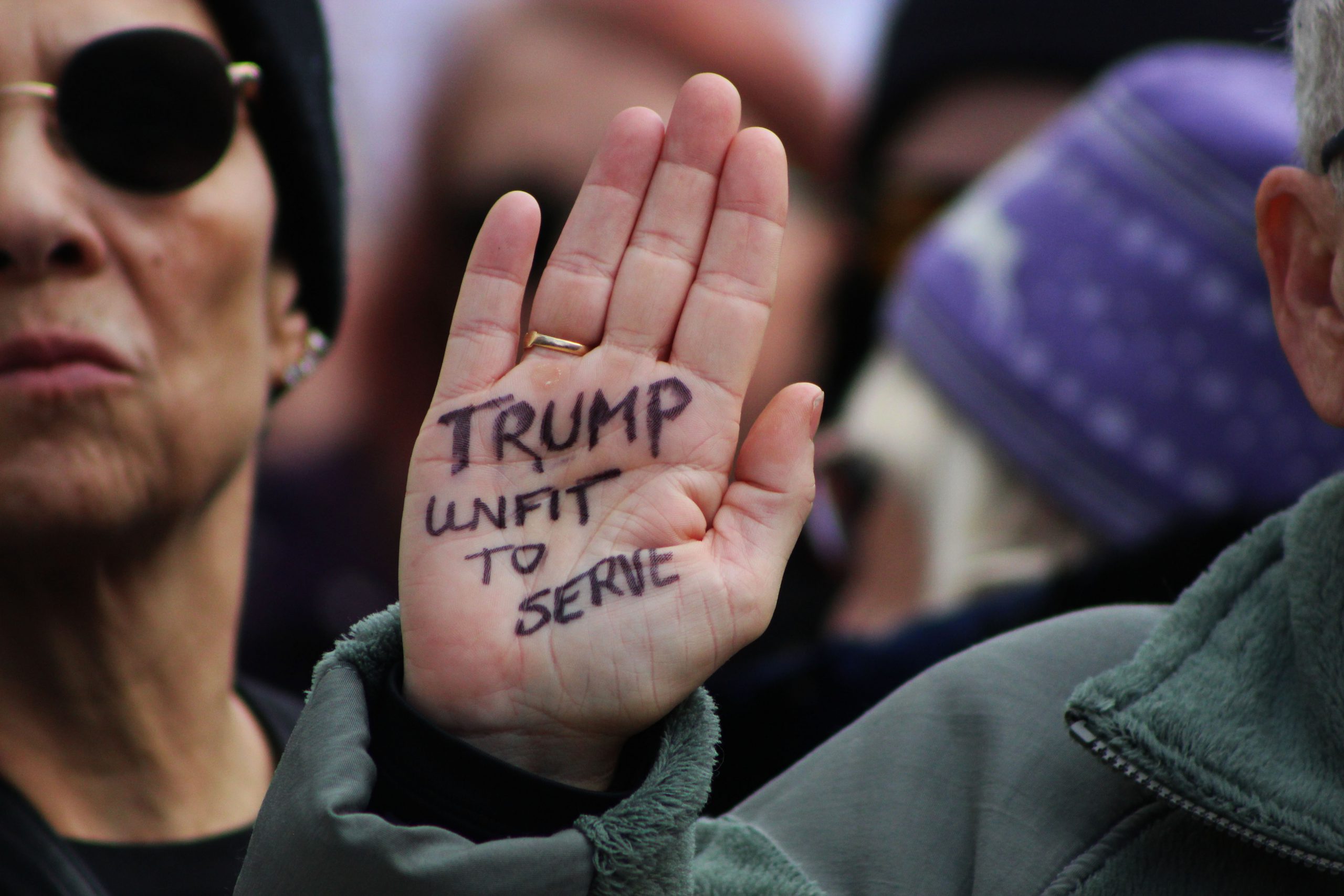 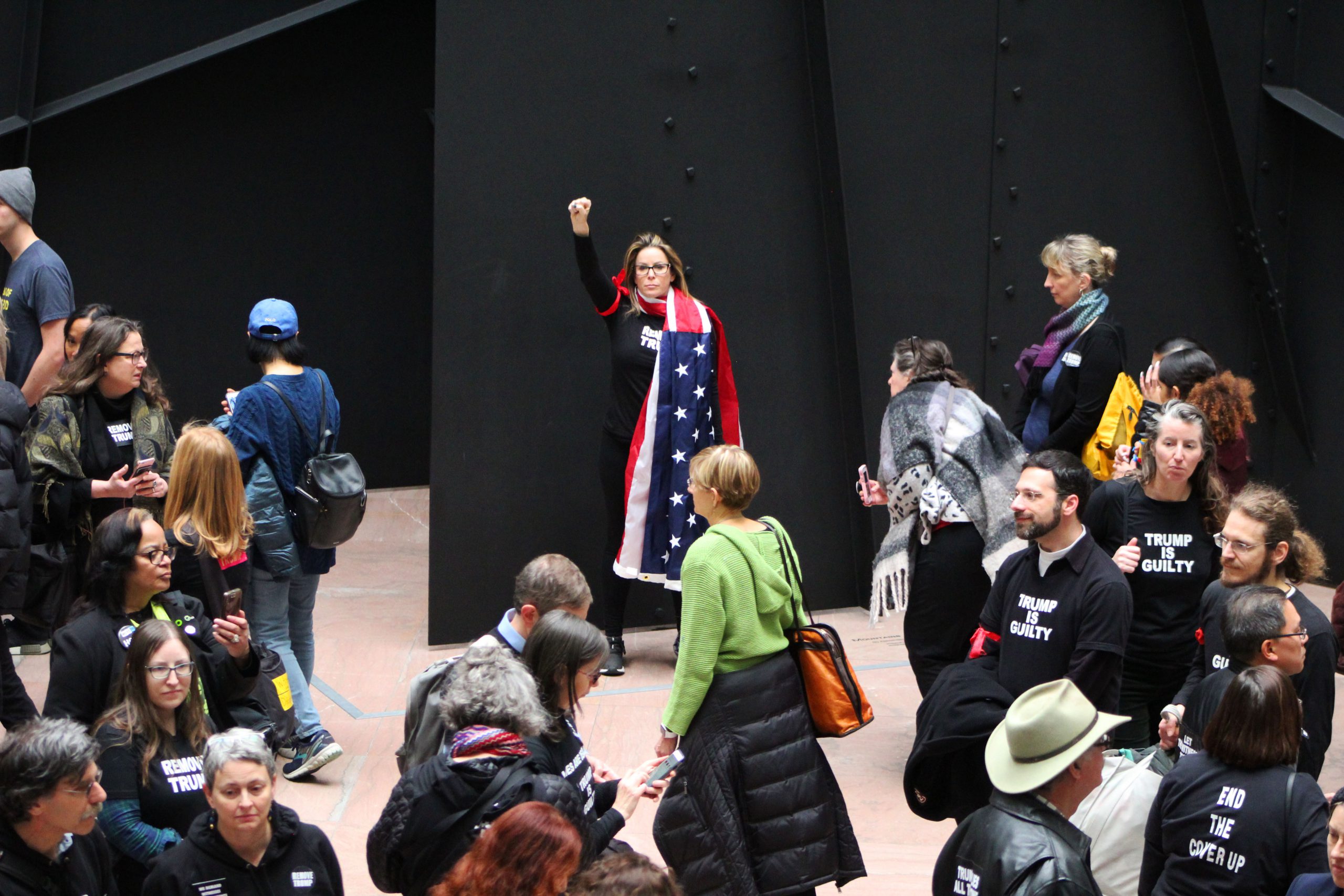 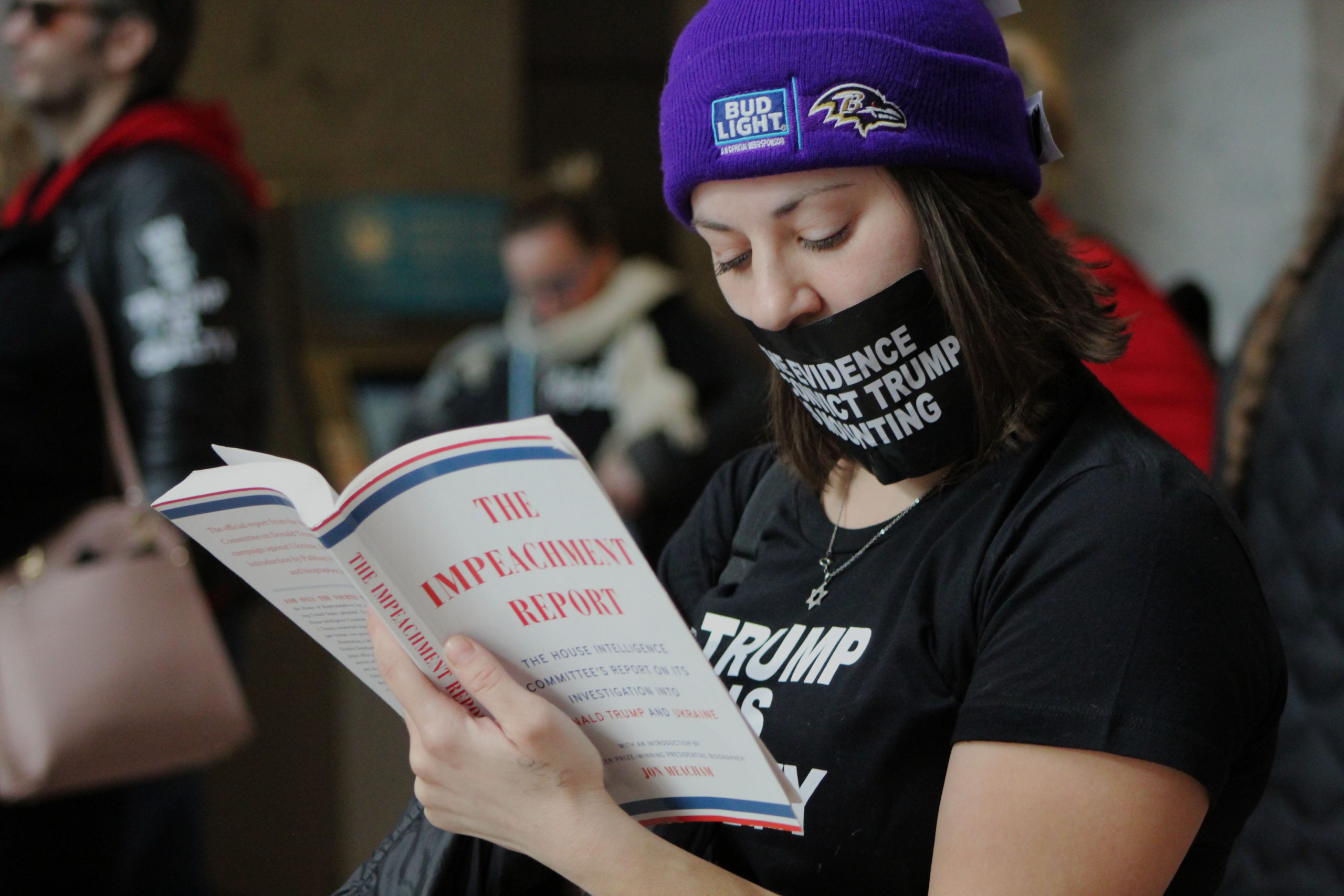 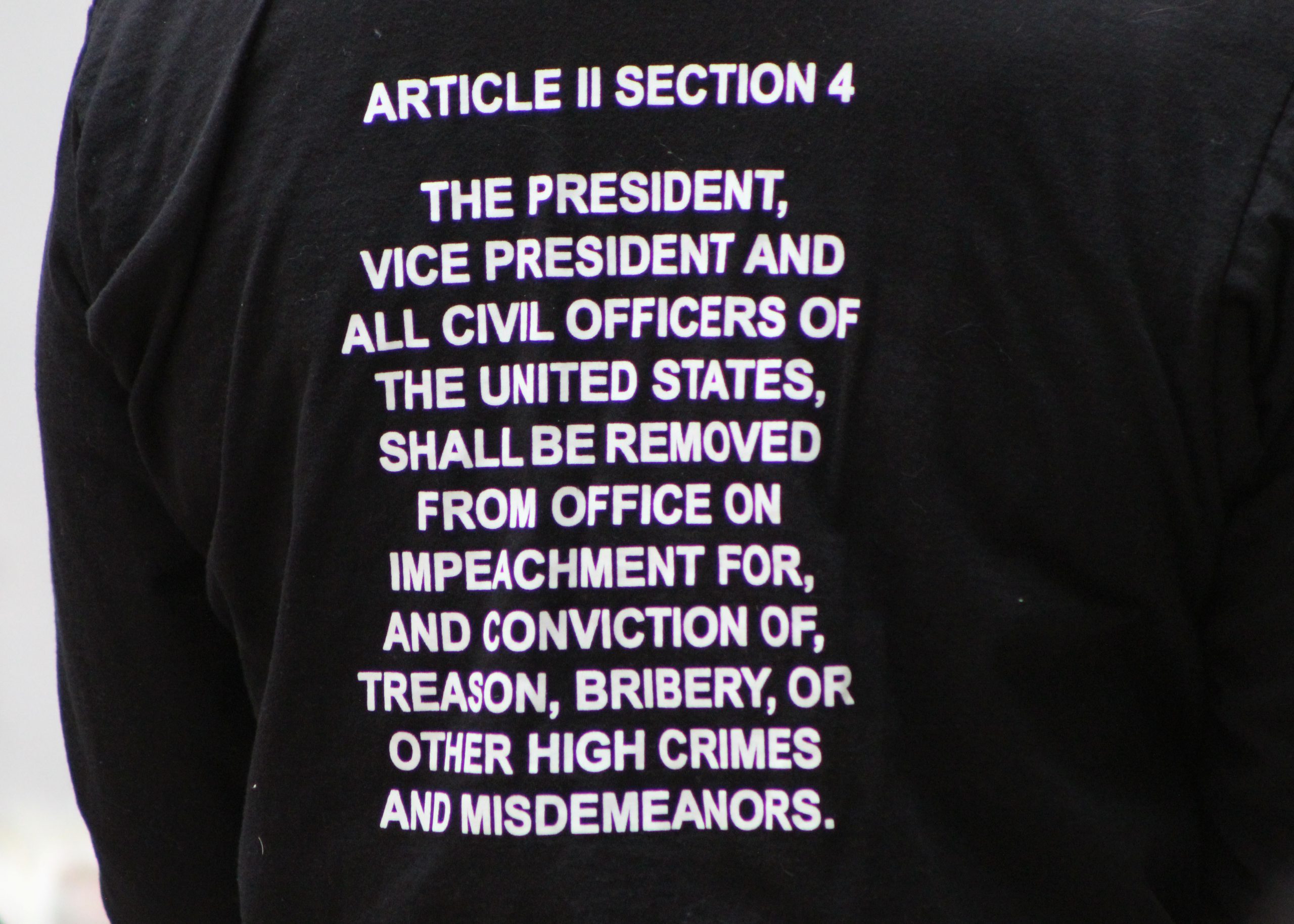 Many marchers wore shirts with the impeachment clause on the back. (Angelina Campanile/MNS) 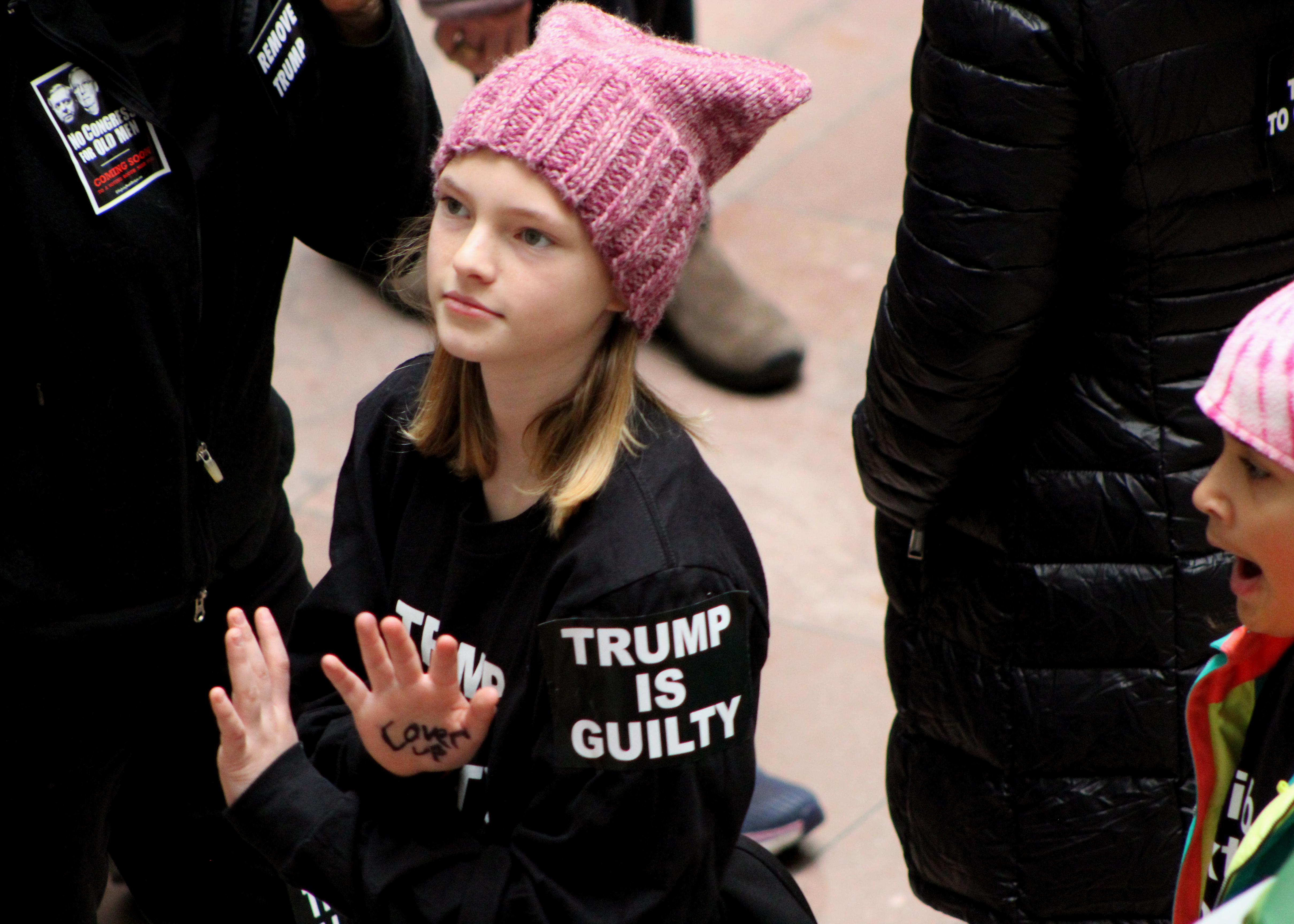 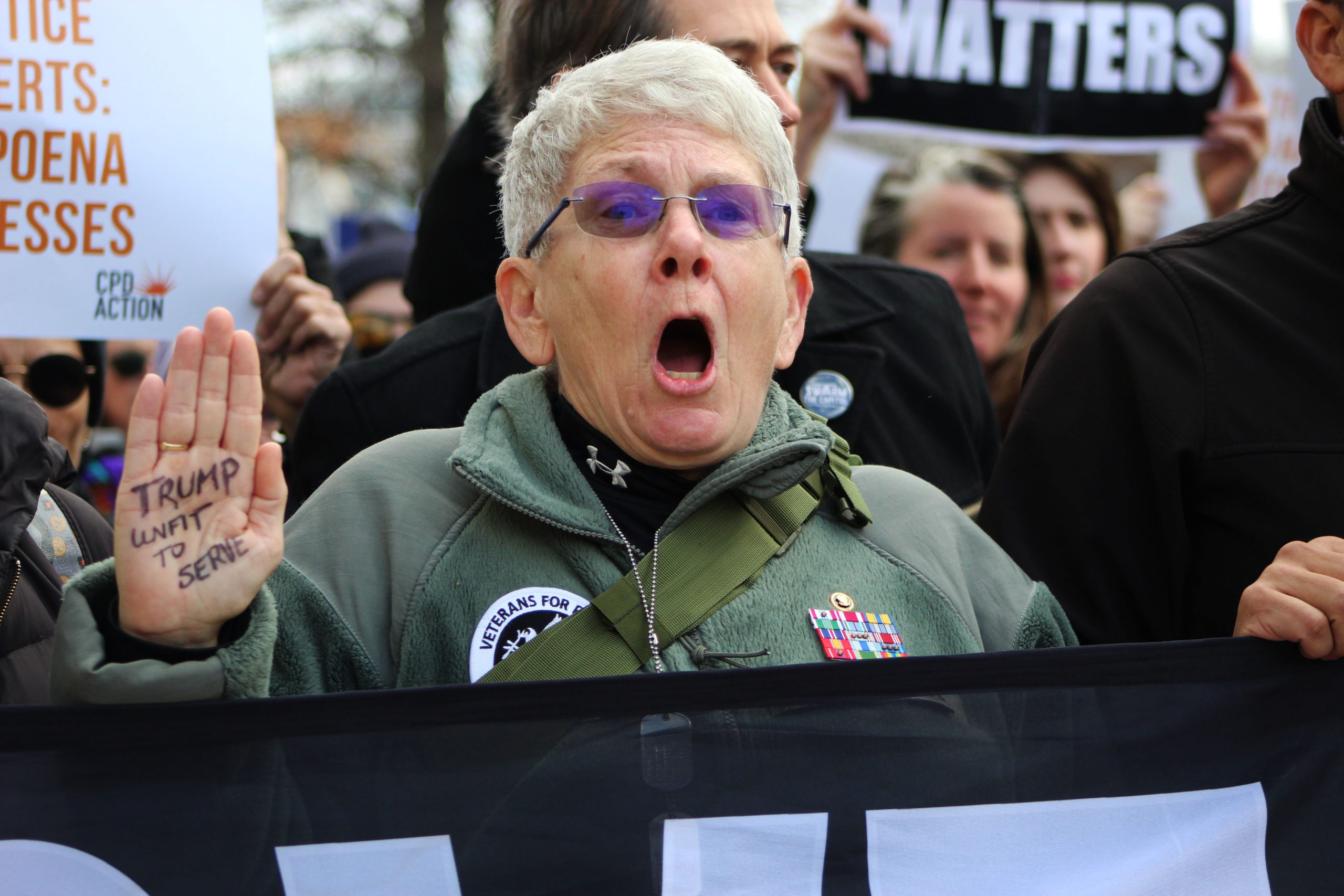 A veteran who marches at the front line keeps her hand up in protest. (Angelina Campanile/MNS) 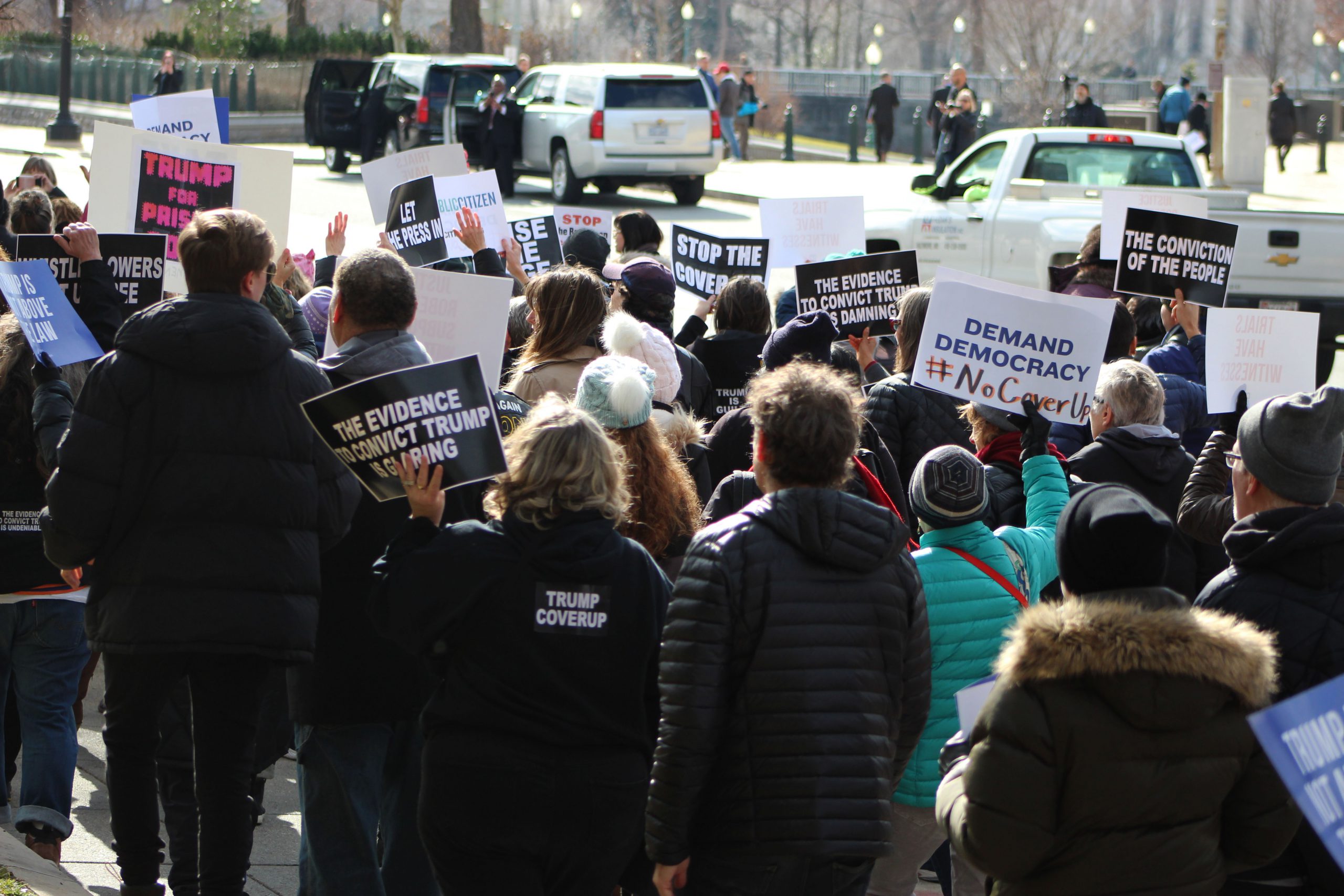 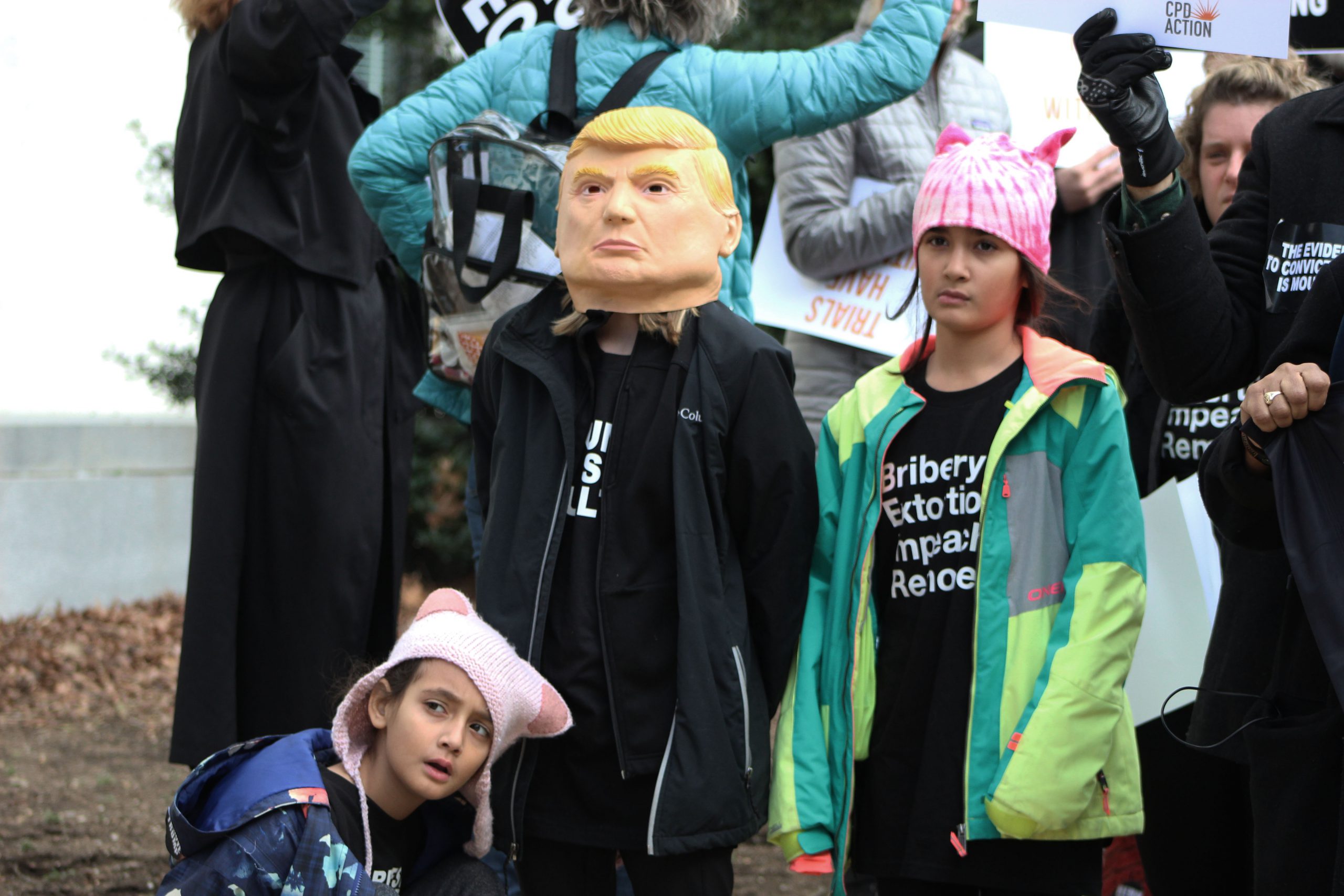 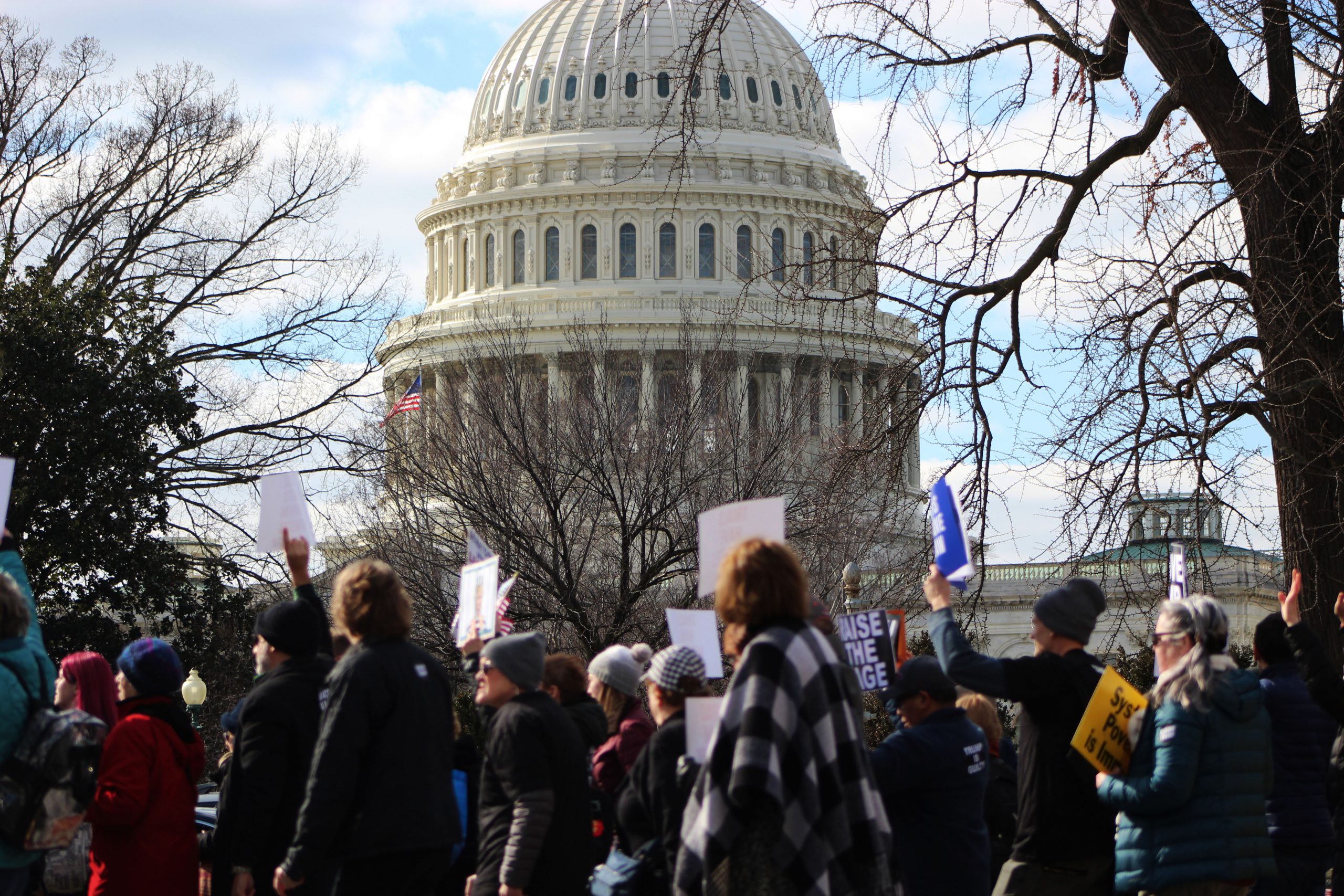 Protesters march from Hart to the Capitol. (Angelina Campanile/MNS) 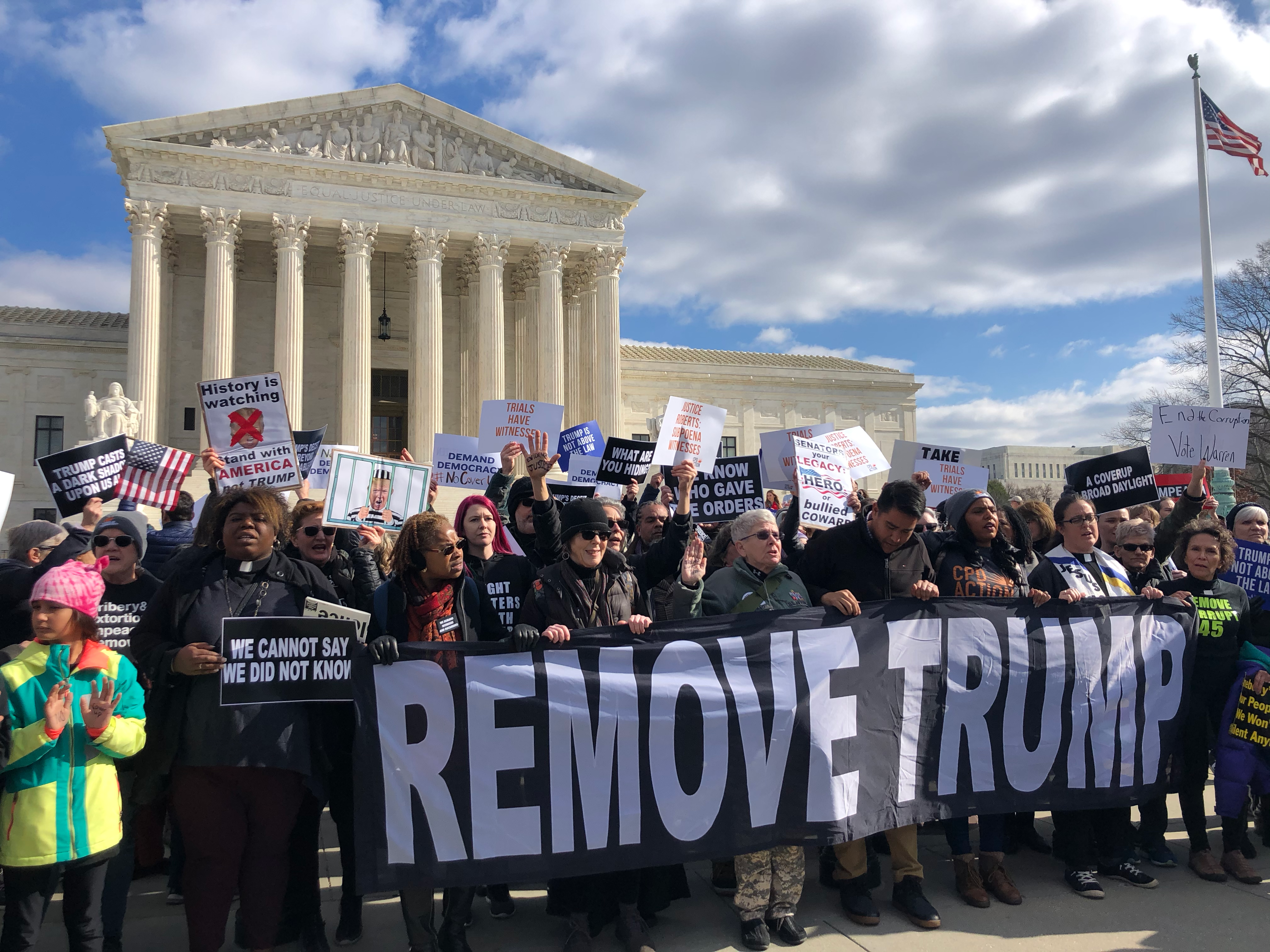 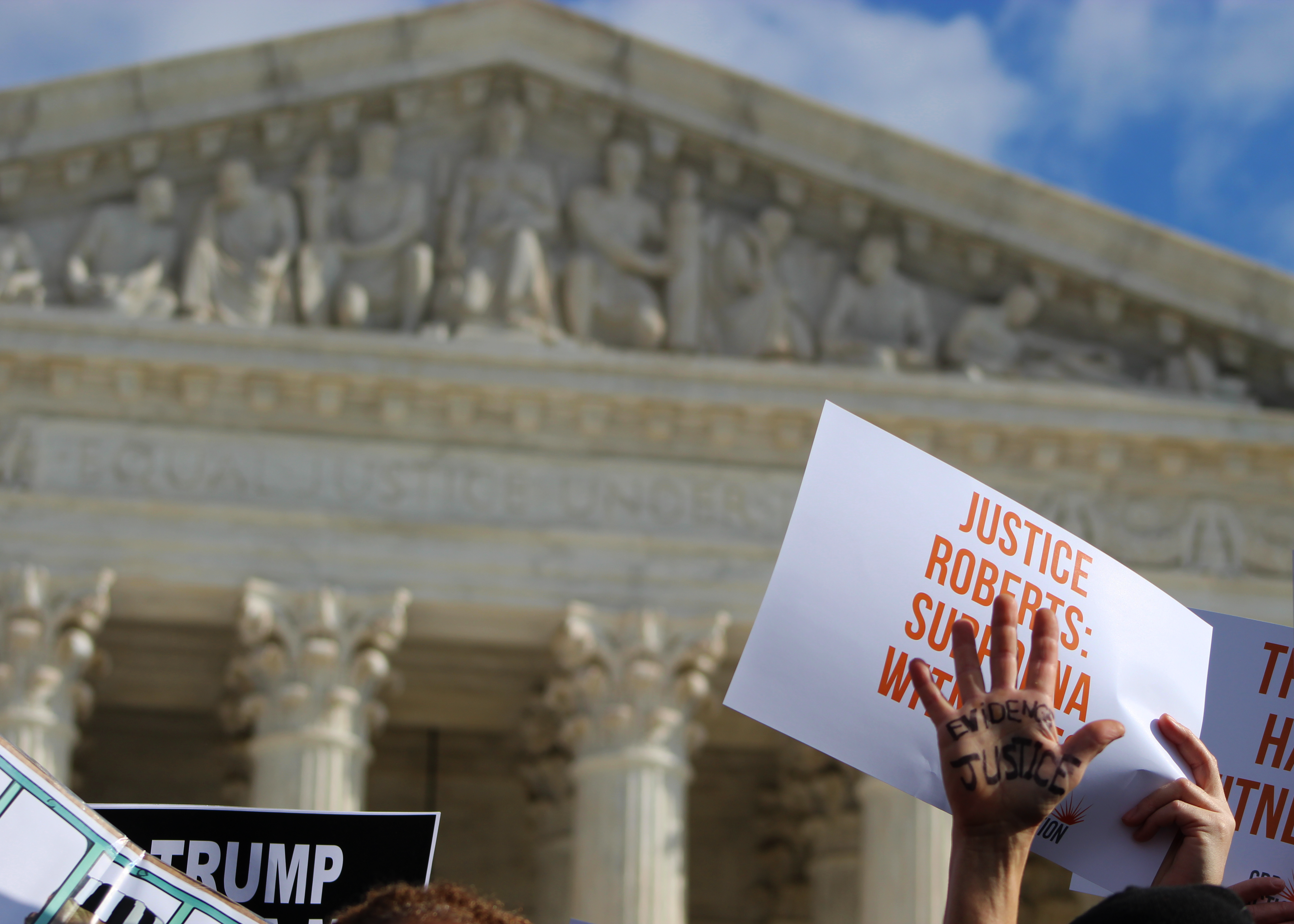 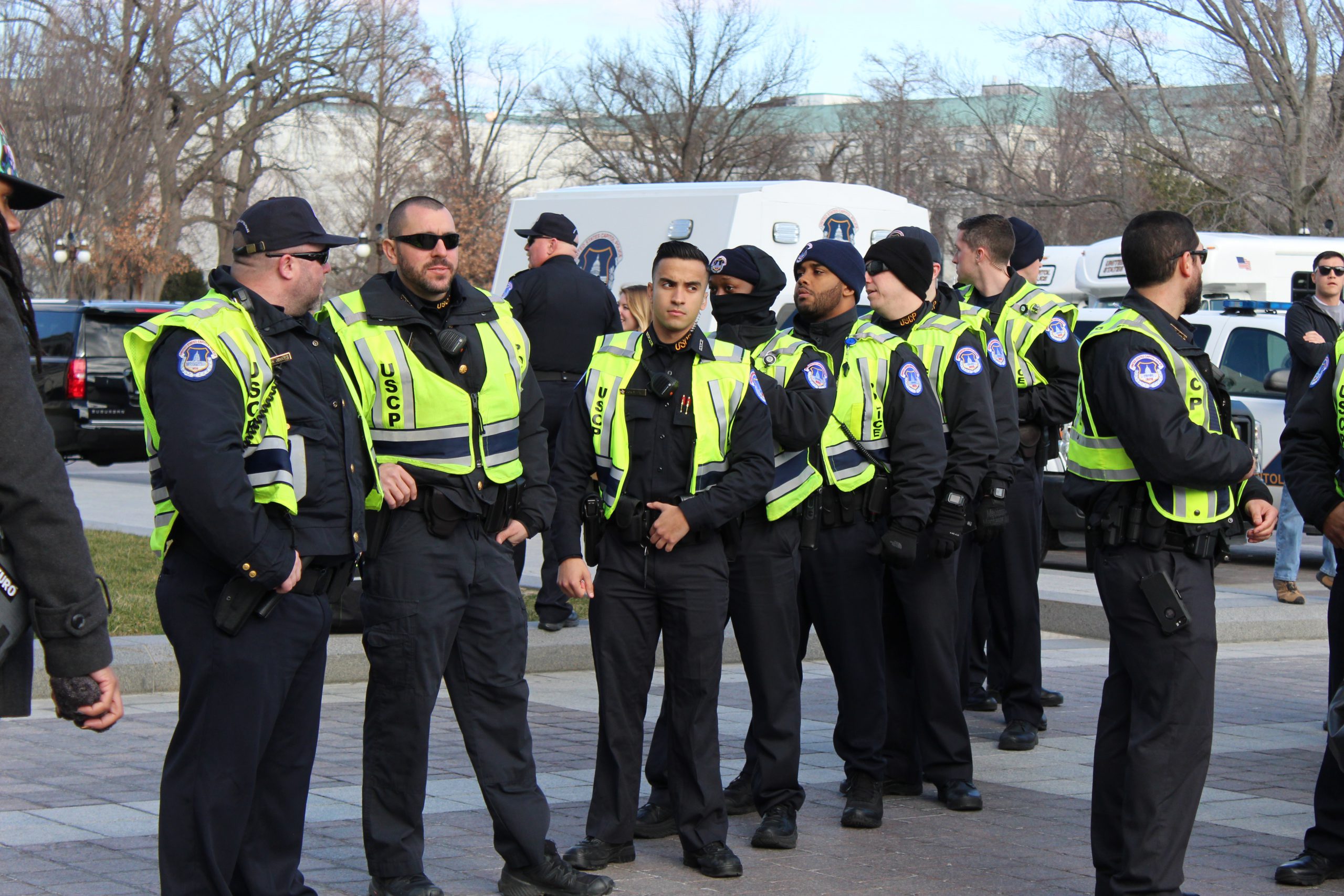 Capitol police prepare to form a line and push back the protesters. (Angelina Campanile/MNS) 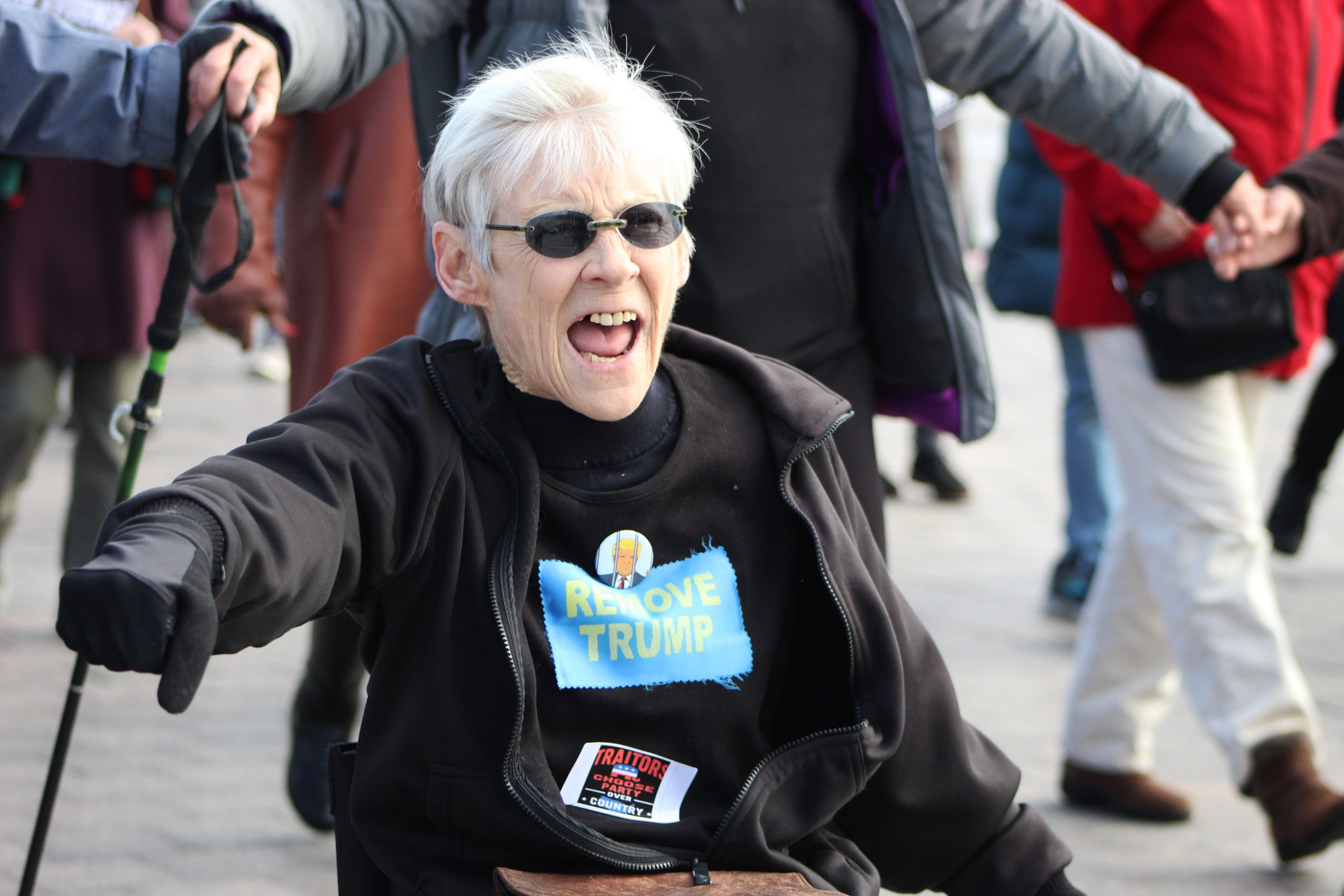 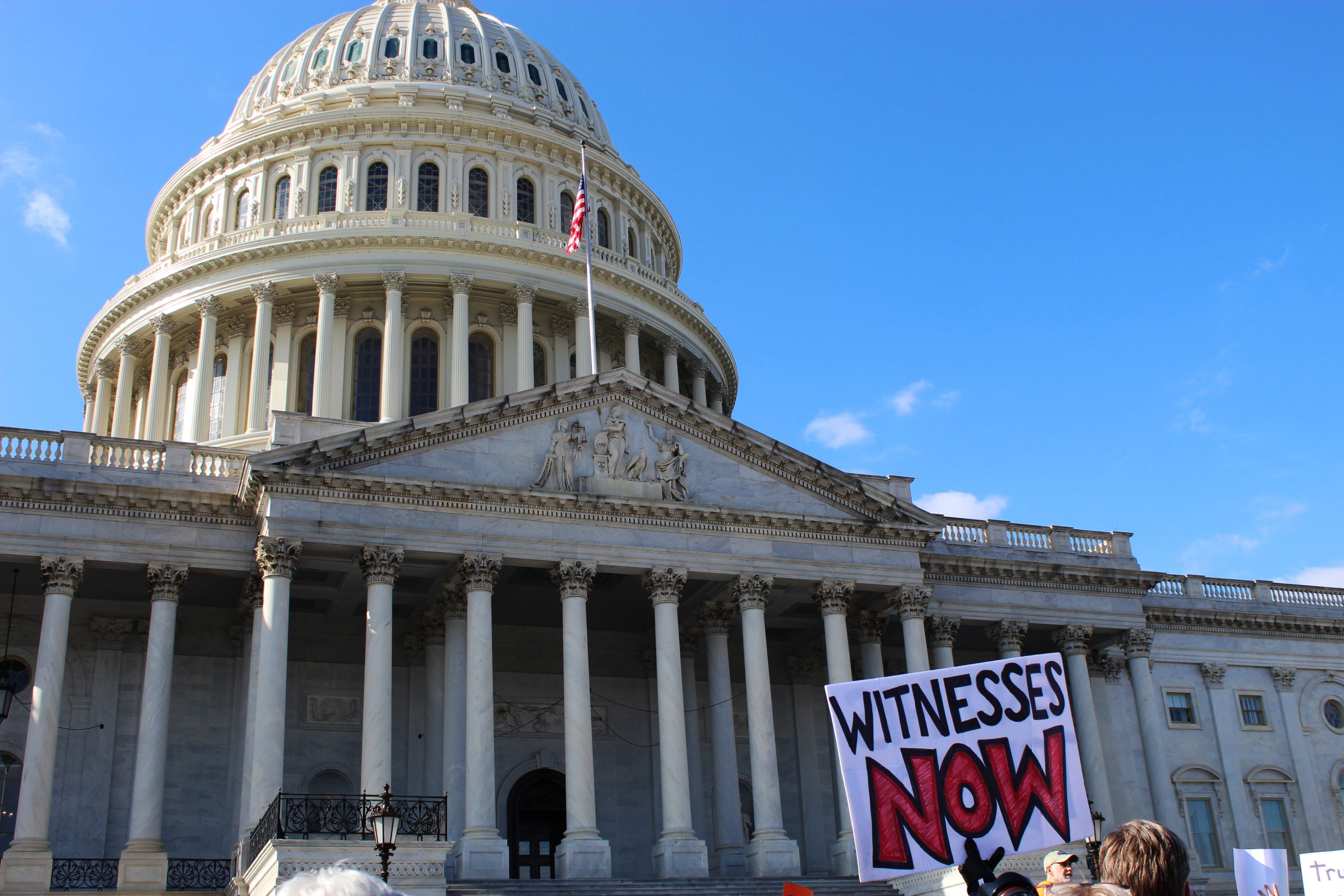 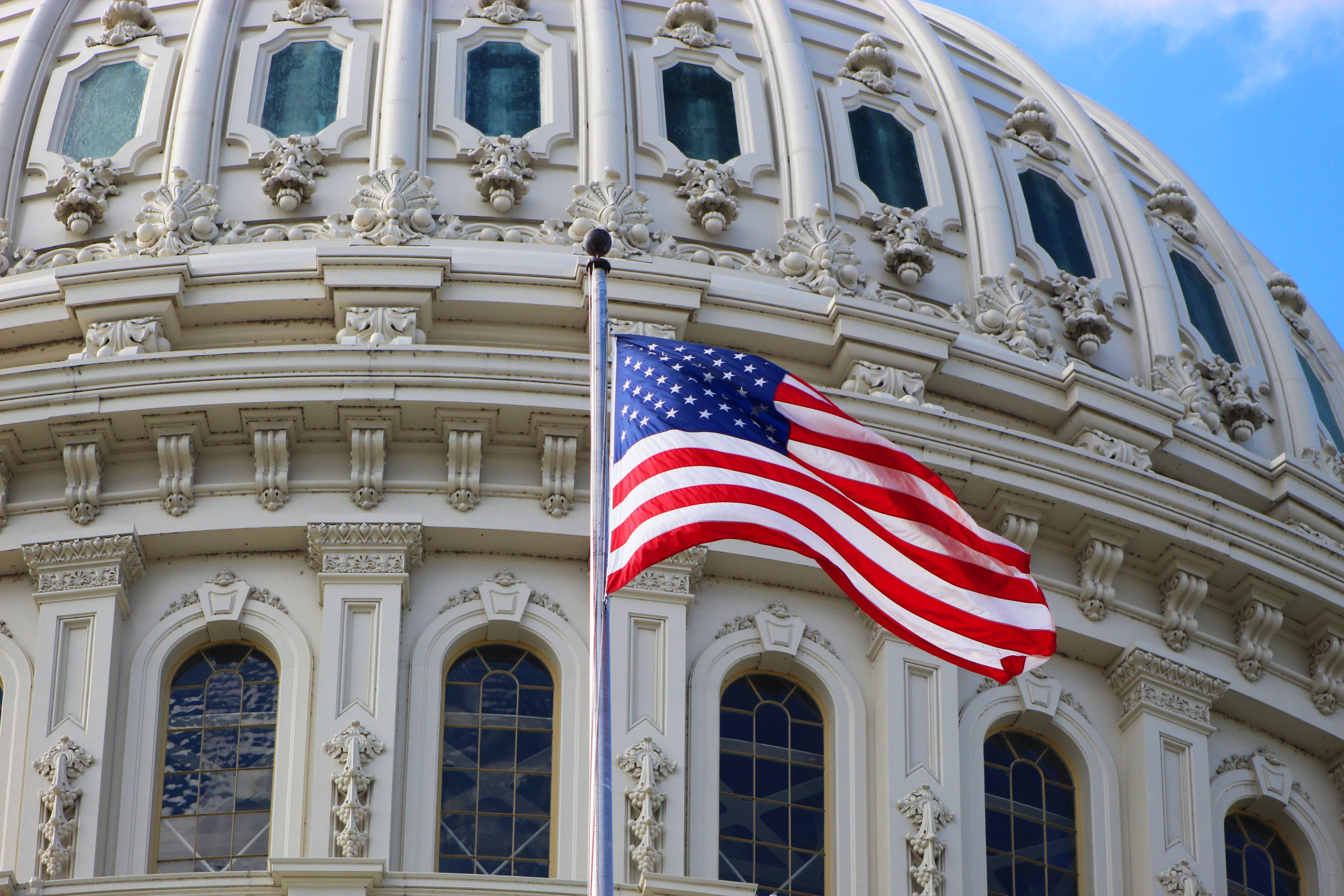 The American flag flies high on the eighth day of the impeachment trial of President Donald Trump. (Angelina Campanile/MNS) 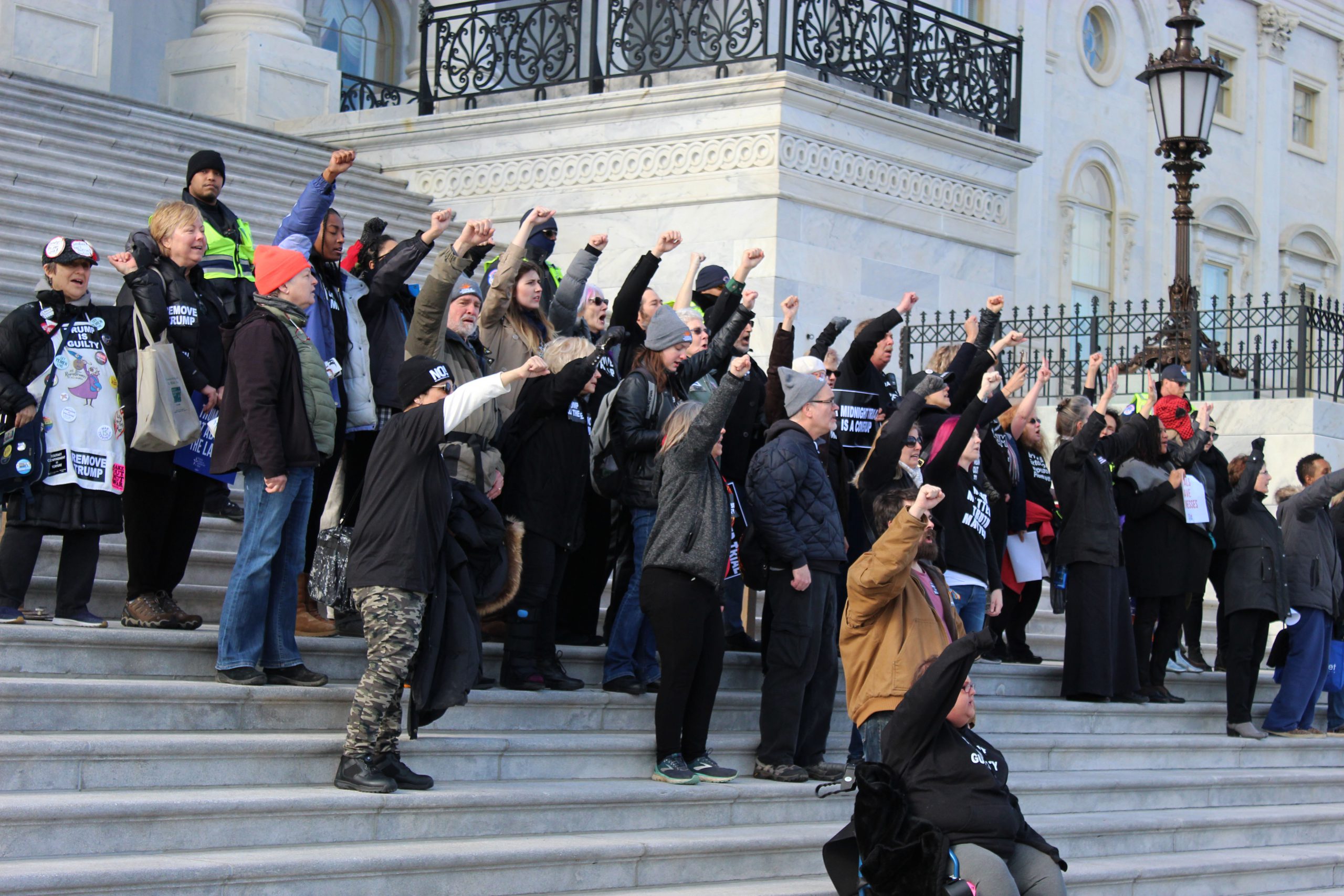 Forty-one protesters remain on the steps, subjecting themselves to arrest. (Angelina Campanile/MNS) 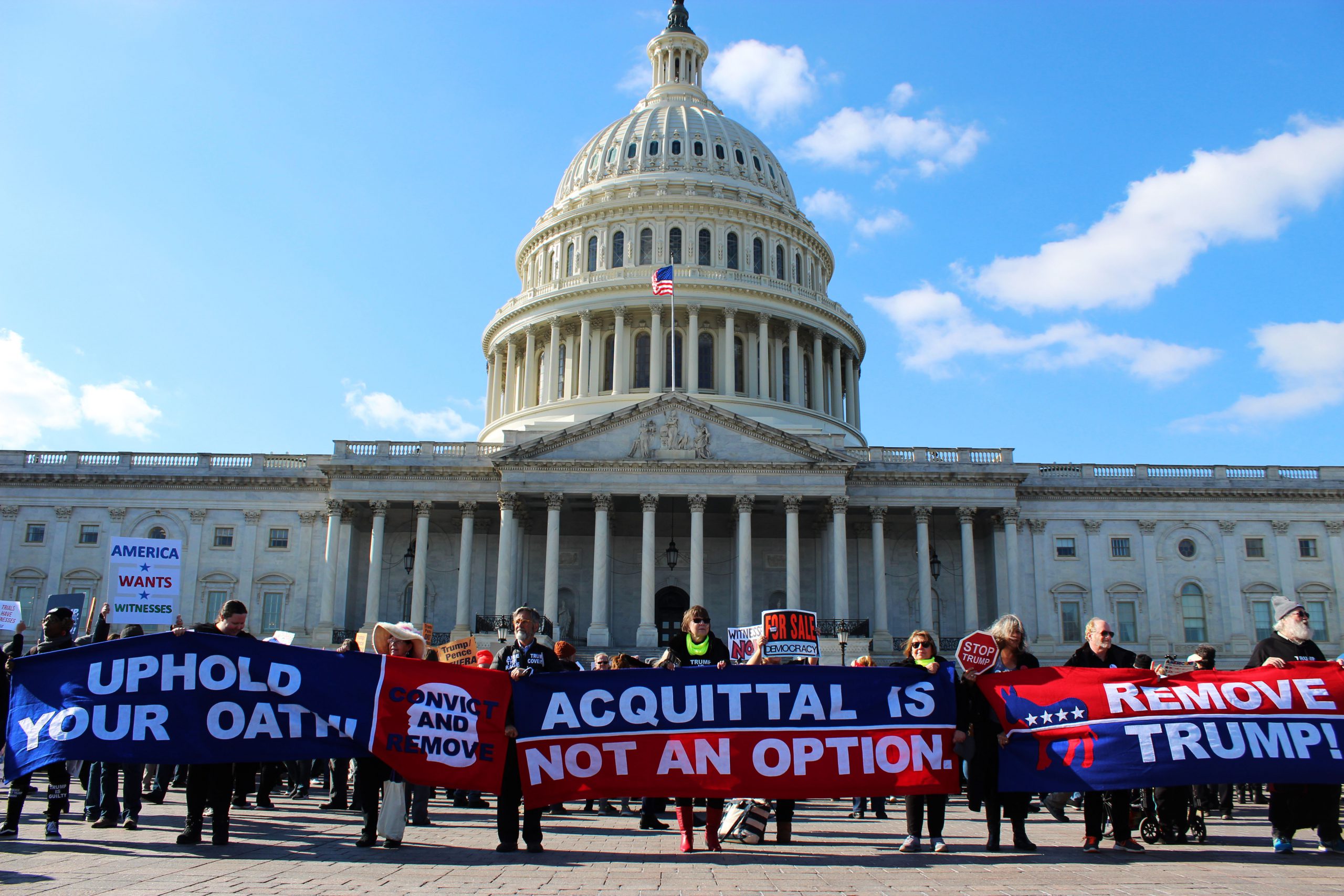