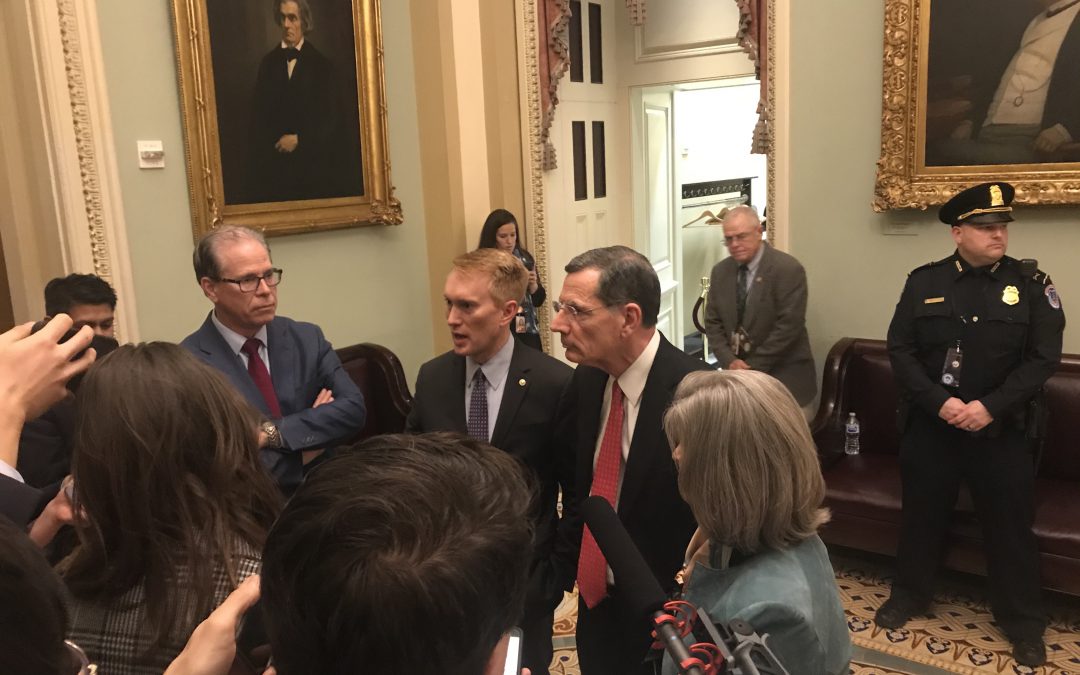 WASHINGTON — Lead House impeachment manager Rep. Adam Schiff closed the Democrats’ three-day opening arguments in the Senate trial of President Donald Trump, pleading Friday for Republican senators to call the witnesses who were prevented from testifying in the House inquiry.

“Give America a fair trial,” Schiff said. “She’s worth it.”

Friday’s presentation concluded 24 hours of arguments from House Democrats, whose focus shifted to the second article of impeachment, obstruction of justice. They argued Trump’s blanket defiance of House impeachment inquiry subpoenas has circumvented the Constitution and constitutes an impeachable high crime and misdemeanor.

Impeachment manager Rep. Jerrold Nadler, D-N.Y., said the Constitution gives Congress the power to investigate the president and impeachment inquiry subpoenas are not subject to claims of executive privilege. Because Trump defied subpoenas issued by the House, the Senate should call witnesses in its trial.

Schiff said the Trump administration never actually filed an official claim of executive privilege, only asserted its continued right to do so in the future.

Only one president had ever before rejected a House impeachment inquiry subpoena — Richard Nixon, who then was impeached for doing so, Nadler said.

Some Republicans dismissed the obstruction of justice charge, saying House Democrats rushed their process instead of going through the courts.

“It’s a very odd process,” Sen. James Lankford, R-Okla., said. “The typical process as it has been in the past, if they have a problem with the White House, they go to the courts. They resolve it.”

“It is not the president’s place to tell us how we should conduct an impeachment proceeding,” Schiff said.

Schiff pointed to the example of former White House Counsel Don McGahn, to whom the Judiciary Committee issued a subpoena in April. Instead of testifying, McGahn fought the subpoena in court and his case is now sits at the D.C Circuit Court of Appeals.

“Justice delayed is justice denied, and so is true about presidential accountability,” Schiff said.

Republicans expressed exasperation with the impeachment managers, saying they have been repeating themselves to stretch out a case that doesn’t have much substance.

“They’ve run out of things to say about three days ago,” Sen. John Barrasso, R-Wyo., said. “That’s because the case that they’re presenting is weak and it is flimsy.”

The president’s defense team was set to begin its arguments Saturday. Although Trumps lawyers also have three days to present their arguments, many Republicans said the the team would wrap up sooner than that.

“They need to come out of the gate strong, and I think they need to make good arguments,” Majority Whip John Thune, R-S.D., said. “And I think our people are looking for that.”