Democrats to send articles of impeachment to Senate on Wednesday 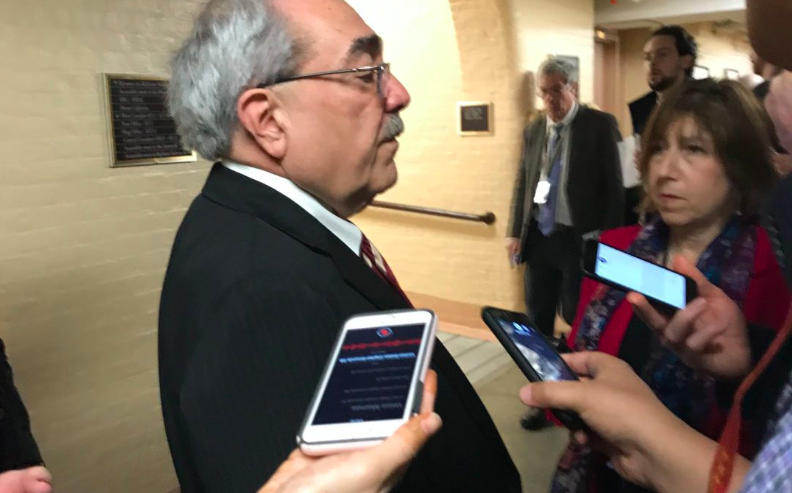 WASHINGTON – The Democrat-controlled House will vote Wednesday to send its two articles of impeachment against President Donald Trump to the Senate, Democratic leaders said Tuesday, and Senate Majority Leader Mitch McConnell swiftly responded that the Senat trial will begin next Tuesday.

The Democrats said impeachment managers also will be decided when they send the articles to the Senate. The House passed the articles of impeachment before it left for the holidays in December, but Speaker Nancy Pelosi had waited to send over the articles, apparently in hopes of pressuring Senate Republicans into agreeing to trial procedures more favorable to her party.

Hours after House Democrats’ announcement, McConnell said he expects the Senate trial to begin in earnest next Tuesday.

The Senate will complete some preliminary steps this week, which likely will include senators being sworn is as jurors by Supreme Court Chief Justice John Roberts, McConnell said.

McConnell expects the Senate to pass a resolution that finalizes the rules of the impeachment proceedings on Tuesday.

“I announced last Tuesday that all 53 of us in our conference had agreed on the initial resolution of how to go forward,” McConnell said. “That remains the case.”

Democrats had been hoping that the rules package in the Senate would call for witnesses. Instead, the initial resolution likely to be passed by Senate Republicans would start the trial without weighing in on whether witnesses would be called.

McConnell again emphasized that the resolution is modeled after the rules of President Bill Clinton’s impeachment trial. Each side will have a chance to make its case, followed by written questions submitted by senators through the Chief Justice.

The Senate will weigh the witness issue following the presentations by HouseDemocrats and the president’s defense team as well as the written question period, McConnell said. He added that the witness question will depend on the “feeling of the Senate” at that point.

“We will be dealing with the witness issue at the appropriate time into the trial,” he said. “And I think it’s certainly appropriate to point out that both sides would want to call witnesses that they want to hear from.”

On Tuesday, Democrats expressed optimism that witnesses would be part of the Senate trial.

“I believe at the end of the day we will have a critical mass of Republican senators who will join with the Democratic senators in calling witnesses and producing evidence,” G. K. Butterfield, D-N.C., said.

“The American people deserve a fair trial in the Senate,” Jeffries said.

The impeachment managers who present the Democrats’ case are also expected to be determined Wednesday in the House.

Rep. Peter Welch, D-VT., declined to name who he thought the impeachment managers would be, but speculated that “whoever the Speaker designates as managers will be people who had some significant involvement in the case.”

He expected House Intelligence Committee Chairman Adam Schiff and Judiciary Chairman JerryNadler to continue to play a role in the impeachment process in some capacity.

“There’s enormous confidence in both of them,” he said.