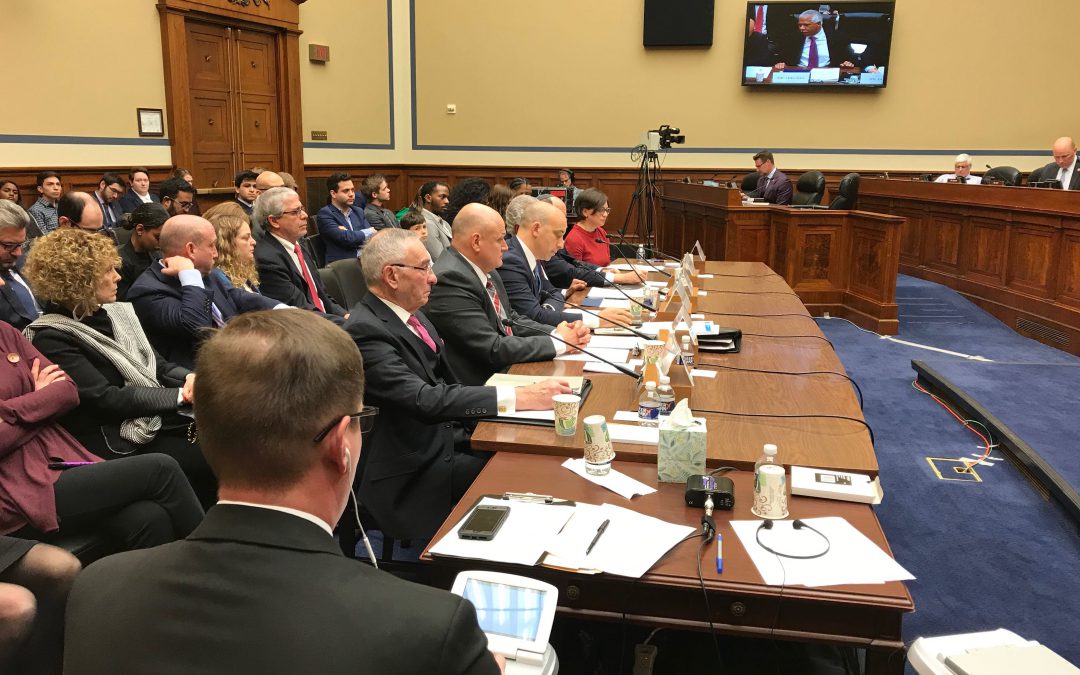 WASHINGTON — The Senate should approve a bill passed by the House earlier this week to give schools more money to teach about the Holocaust, the head of the Anti-Defamation League said Wednesday.

Testifying at a House Oversight Committee Hearing, Jonathan Greenblatt, CEO of the Anti-Defamation League, said the bill, sponsored by committee chair Carolyn B. Maloney, D-N.Y., would give teachers additional resources through federal grants to teach about the Holocaust and establish a Holocaust Education Advisory Board.

“Education is the best antidote to intolerance,” Greenblatt said. “When students understand what happened, it leads to a greater awareness of anti-semitism.”

Anti-semitism and other acts of identity-fueled hate have been on the rise in the United States and throughout much of the Western world, 75 years after the liberation of Auschwitz-Birkenau.

Nat Shaffir, 83, a Holocaust survivor who had family members killed at Auschwitz, told the committee he shares his story as a docent at the Holocaust Museum so that the Holocaust is not forgotten.

“We need to share this historical tragedy,” Shaffir said. “It’s very important that you not remain silent. We need to educate young people, right now, while I still have my voice.”

Hilary Shelton, director of the Washington Bureau of the NAACP, agreed on the importance of educating America’s youth on the history of hate speech and hateful acts. She said the Internet has indirectly contributed to the spread of white supremacy. Greenblatt shared Shelton’s position, attacking Facebook for not classifying Holocaust denial as hate speech.

Edna Friedberg, a historian for the U.S. Holocaust Museum, emphasized that while hate speech is often protected by the First Amendment, hateful acts nearly always begin with words.

“The Holocaust did not begin with gas chambers — it started with words,” Friedberg said. “Children’s books that taught girls and boys to be afraid of their Jewish neighbors. Posters portrayed Jewish men as leering rapists, threatening pure blond girls.”

Many Republicans on the committee turned the conversation to President Donald Trump’s strong support for Israel. Ohio Rep. Jim Jordan, the senior Republican on the committee, said he supported Trump’s decision to move the U.S. Embassy in Israel from Tel Aviv to Jerusalem.

Most of the Republicans’ questions were directed to Dore Gold, an Israeli citizen and the president of the Jerusalem Center for Public Affairs. Gold said he favors the two-state solution proposal that Trump unveiled Tuesday, which would solidify Jerusalem as Israel’s undivided capital. He also praised the change in the embassy location and condemned the boycott, divestment and sanctions movement, popularly known as BDS.

“BDS, from my standpoint, is evil,” Gold said. “For us to build a new future in the Middle East with our Arab neighbors, we can’t have boycotts. We can’t have divestment. We can’t have sanctions. That doesn’t make peace. That’s going to make the hatred worse.”

Rep. Brenda Lawrence, D-Mich., who co-founded the Congressional Caucus on Black-Jewish Relations last year, said that since the start of 2020, more than 25 anti-Semitic incidents have been reported nationwide, including at least three in her home state of Michigan.

“The two groups in this country can work together to combat hate crimes moving forward,” Lawrence said. “Our shared history of slavery and the Holocaust has given us a heightened sensitivity.”