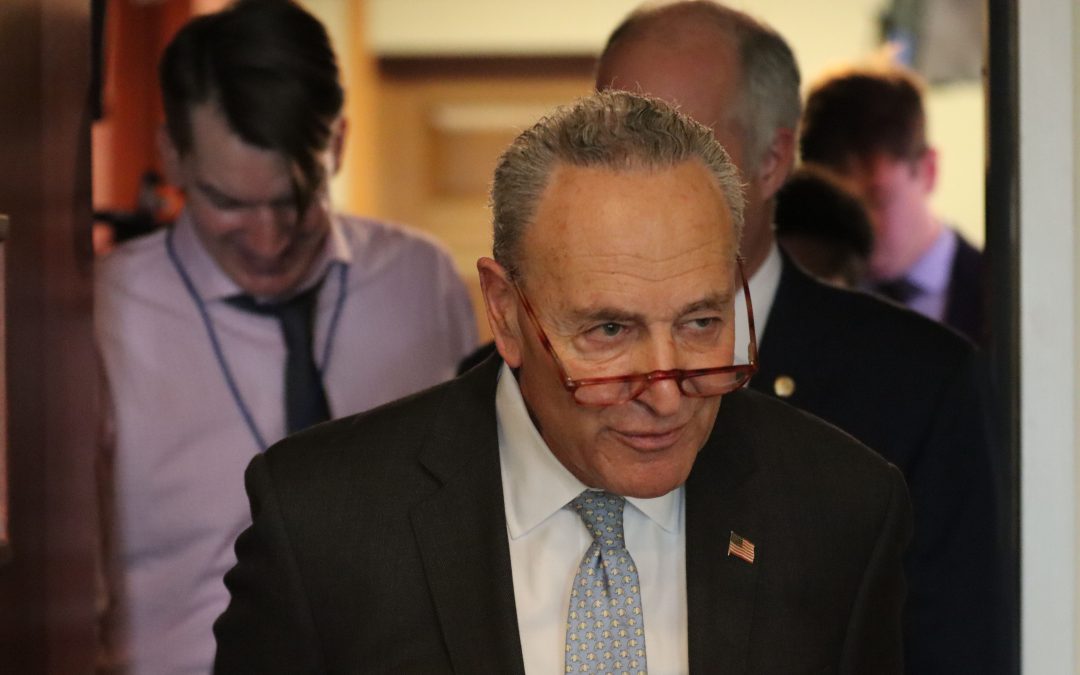 “If we allow this gross abuse of power to continue…then this president and any president become above the law,” Garcia, D-Texas, said on day two of the Senate impeachment trial. “In this country, no one is above the law.”

The president conditioned an Oval Office meeting with Ukraine “as part of a corrupt scheme,” Rep. Hakeem Jeffries, D-N.Y., said. In exchange for a White House meeting — symbolic of U.S. backing a fragile Ukraine —  Ukranian officials would need to initiate investigations on the Bidens.

“An Oval Office meeting would have sent a strong signal of support that President Trump had Ukraine’s back,” Jeffries said. “The absence of such a meeting could be devastating.”

Jeffries encouraged senators to examine the evidence of the quid pro quo  “hidden in plain sight” in the transcript of the July 25 phone call.

The White House meeting was never held, according to Garcia. Zelensky wanted Ukraine to be taken seriously and did not want the country to act as a pawn in the U.S. re-election campaign.

“Even Ukraine, a struggling new country, knew this was wrong. They stood up to President Trump and said so,” said Garcia.

“Both U.S. and Ukrainian officials knew Mr. Giuliani was the key to Ukraine,” Lofgren said.

She said Guiliani was “doing a domestic political errand” for the president by working with Ukraine.

Still, after two days of House managers’ presentation of evidence, a number of Republican senators remained unmoved in their belief that the Trump’s actions do not constitute an impeachable offense.

Sen. Mike Braun, R-Ind., does not expect any Republican senators to be moved the testimony. Braun said the impeachment managers were attempting to repackage the same information brought before the House.

“For me…you talk about the investigation and the [White House] meeting — neither one occurred…the aid was released and Zelensky is on record saying he wasn’t pressured,” said Braun.