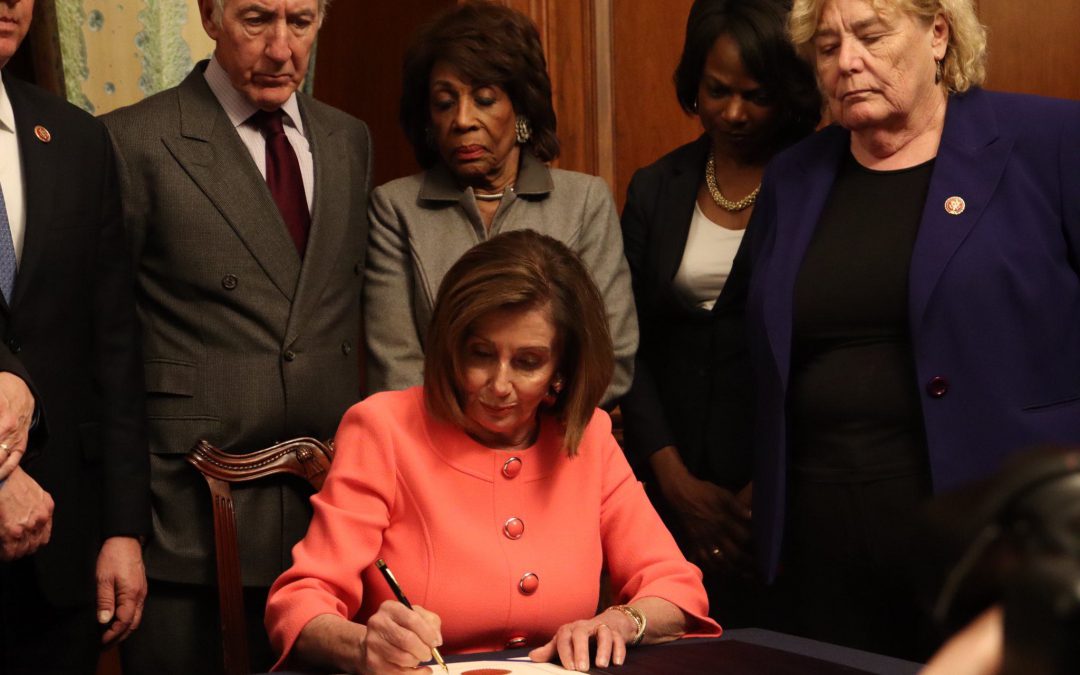 WASHINGTON — The House of Representatives on Wednesday approved a resolution appointing and authorizing managers for President Donald Trump’s impeachment trial.

The vote comes nearly one month after the House voted to impeach the president — a month of sparring between House Speaker Nancy Pelosi and Senate Majority Leader Mitch McConnell over the Democrats’ desire that witnesses be called in the Senate trial.

McConnell has said he expects the Senate trial to begin on Tuesday. In order to subpoena witnesses, a decision McConnell has said he’d rather address after opening arguments, Democrats will need four Republican members to defect from the majority party.

During the House floor debate on authorizing the impeachment managers, Republicans painted the proceedings as something the Democrats have planned since Trump was elected— an effort going back to before the Democrats were the majority in the chamber. Rep. Doug Collins, R-Ga., accused Nadlerof having worked to get appointed to the Judiciary Committee for the eventual investigation into the president.

“This is a political impeachment, this has nothing to do with the facts,” Collins said. “The only real emergency here is that there’s a 2020 election, in which the Democrats cannot stand the fact that this president is going to win again.”

As the debate wound to a close, Pelosi — standing next to a picture of the American flag with the phrase “To the republic for which it stands” etched below it — stood at the podium to urge her colleagues in the lower chamber to vote to send the managers before the Senate.

“This is as serious as it gets for any of us,” Speaker Pelosi said. “It’s not personal, it’s not political, it’s not partisan. It’s patriotic.”

The vote comes on the heels of the release of documents from Lev Parnas — an associate of Rudy Giuliani who helped search for dirt on Hunter Biden in Ukraine.

The documents, released by the House Intelligence Committee on Tuesday, show multiple efforts to exert influence over the Ukraine for the president’s personal gain, Democrats say.

Marie Yavanovitch — former ambassador to Ukraine — was a target of stalking and surveillance by associates of Giuliani, documents show. Along with encrypted messages, the released items included correspondence between Giuliani and Ukrainian President Volodymyr Zelensky.

Schiff emphasized the importance of such documents on Wednesday morning. While witnesses not tell the truth, the California Democrat said “documents don’t generally lie.”

As the trial gets set to begin, Pelosi said Wednesday morning that the Senate shouldn’t be “frivolous” with the constitution.

“(Trump’s) been impeached forever,” Pelosi said. “They cannot erase that.”