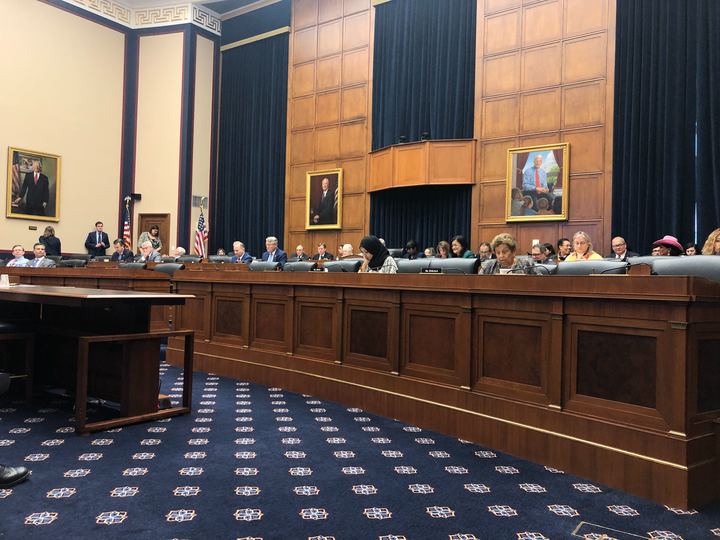 WASHINGTON –Despite concern from Republicans that a bill would force religious organizations to make employment decisions that conflict with their faith, the House Education and Labor Committee on Tuesday approved the measure prohibiting discrimination against pregnant workers.

The bill is meant to eliminate discrimination and promote women’s health and economic security by ensuring accommodations for women who are limited performing in certain tasks due to pregnancy, childbirth or other related medical conditions. Before the vote to recommend House approval of the measure, the committee debated whether to incorporate a long-standing provision from the Civil Rights Act that protects religious organizations. Rep. Tim Walberg, R-Mich., argued that despite significant improvements, the bill still “encroaches upon religious institutions’ rights,” a concern echoed by numerous Republicans, including Rep. Phil Roe, R-Tenn.

Roe said he favored protecting pregnant workers as well as requiring reasonable accommodations. However, the congressman warned that should the committee exclude a provision that would protect religious organizations, the bill could eventually face a constitutional challenge.

“We should be mindful of protecting religious liberty and maintaining a protection in this bill like those found in other, similar laws,” Roe said.

Rep. Kim Schrier, D-Wash., pointed out that the goal of the bill is to accommodate the temporary needs of pregnant women to ensure their health and the health of their baby.

“It makes absolutely no sense that a pregnant woman who works for a religious organization should face a riskier pregnancy,” Schrier said. According to A Better Balance, a legal team that previously testified before the committee, 75% of women will be pregnant while employed sometime in their life.

According to the National Partnership for Women and Families, more than 60% of women have experienced some sort of pregnancy discrimination. Both of these statistics were referenced by committee members to emphasize the need for pregnant workers to receive adequate protection under the law. Current federal law does not require that pregnant workers have access to reasonable workplace accommodations.

Committee Chairman Bobby Scott, D-Va., said the accommodations being asked of employers are neither complex or costly. They are things like water, seating, more restroom breaks or even temporary lifting restrictions. Accommodations like these would prevent pregnant workers from potentially enduring “tragic health risks.” Scott also called attention to the way these risks disproportionately affect Black and Latina workers who are overrepresented in low-wage, physically demanding jobs.

Rep. Lucy Kay McBath, D-Ga., said the committee’s decision to endorse the measure without providing an exception for religious organizations tells women they never “have to choose between maintaining a healthy pregnancy and [their] paycheck.”