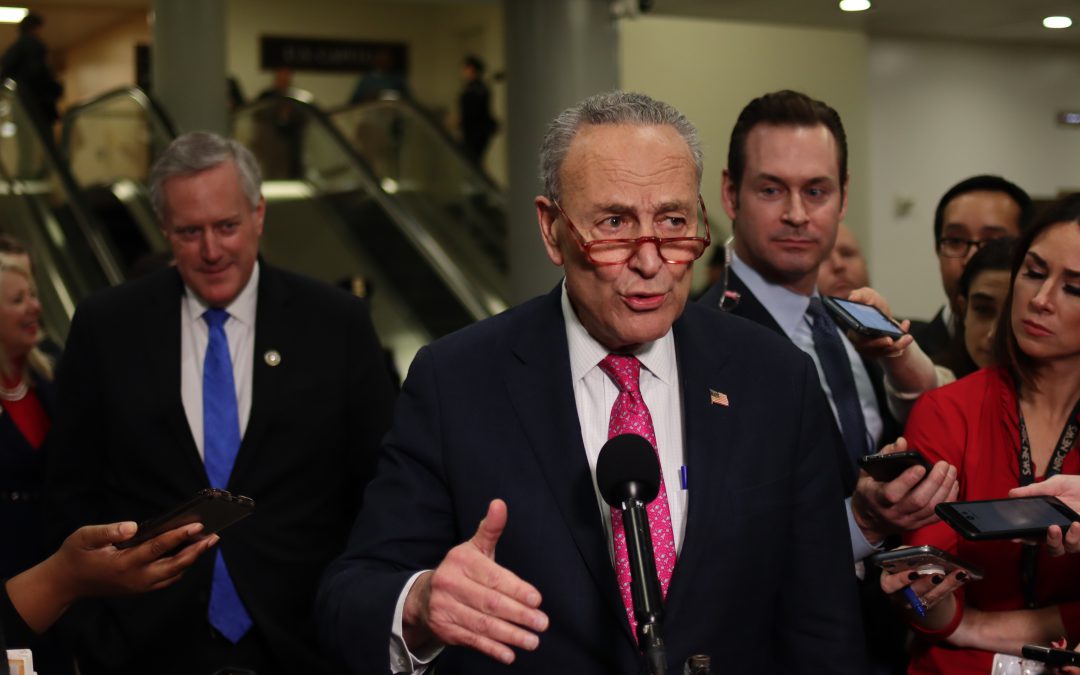 WASHINGTON — Senate Democrats and Republicans attempted to carve up the other side’s opening arguments Wednesday in the impeachment trial of President Donald Trump on the first day they were allowed to ask questions.

After listening to the House impeachment managers and Trump’s defense team make their respective cases over six days, senators now have up to 16 hours to interrogate each side.

Senate Minority Leader Chuck Schumer, D-N.Y., said Wednesday afternoon that Senate Democrats intentionally directed many of their questions to the House managers “to rebut the false arguments, the fallacious reasoning, the half-truths and even no truths that the three days of the president’s counsel made.”

The development invigorated Democrats’ hopes that four Republicans might join them in their vote to call witnesses.

“Is (the vote to call witnesses) more likely than not? Probably no,” Schumer said. “But is it a decent, good chance? Yes.”

While Sen. Tim Scott, R-S.C., said Republicans do not have the votes to oppose calling witnesses, Sen. Mike Braun, R-Ind., said there “probably aren’t many Republican senators left” who want to call witnesses.

Braun, a freshman senator who has staunchly defended the president throughout the impeachment trial, said he doesn’t need to hear from any witnesses. For Braun, Trump defense team member Alan Dershowitz’s argument Wednesday removed the need to hear from anyone like Bolton. Dershowitz argued that withholding aid in order to receive information that would help win an election isn’t impeachable because every public official he knows believes their election “is in the public interest.”

“If a president does something which he believes will help him get elected in the public interest, that cannot be the kind of quid pro quo that results in impeachment,” the Harvard law professor said.

Schumer slammed the argument, saying it “makes no sense whatsoever.”